The 22-year-old Dubois flattened Dinu with a right to the jaw in the second round. Dinu, 34, was too hurt to get back up to continue, and the match was promptly stopped at :31 of round one.

Dubois is now the interim WBA champion and mandatory for WBA ‘regular’ heavyweight champion Trevor Bryan. It’s unknown how long before Dubois gets a crack at Bryan’s WBA title.

Given how seldom Bryant fights, Dubois might be lucky if he can get a title shot in 2022.

Tonight was Dubois’ first fight since losing to Joe Joyce by a 10th round knockout last November in the UK.

Dubois suffered a bad eye injury in that fight, which resulted in him taking a knee to bow out in the 10th.

Dubois needs more time before he’s put in with another solid heavyweight capable of punching back at him.

Dubois’s problem against Joyce is that he was taking a monstrous step up in class after being spoonfed soft opposition in his first 15 fights.

Dubois clearly wasn’t ready for that kind of a step up against Joyce.

Undefeated light heavyweight prospect Tommy Fury (6-0, 4 KOs) got the job done against Jordan Grant (2-1) in beating him by a four-round points decision by 40-36.

Grant probably should have been given a draw in the real sense, but he was facing a popular guy in Tommy Fury, so it wasn’t surprising that he lost the fight. Grant definitely fought Fury to a standstill in this match.

Tommy was pretty hard on himself afterward, saying that he didn’t have experience and was facing a motivated guy.

Fury was doing a lot of holding, moving, and turning his back to his opponent. Grant was the one coming forward, landing the much harder shots and looking more polished of the two fighters.

Read:  Andre Ward: "I Don't Have A History With Canelo, I've Never Said His Name"

Grant looked like the better fighter of the two tonight, but again, Tommy was the A-side, so it’s not surprising we saw him get the victory.

After watching this fight, it would be wise for Tommy to forget about fighting Jake Paul because he would lose to him.

Tommy Fury reacts to his win

“I came in switched on and boxed a bit,” said Tommy Fury to iFL TV. “Jordan Grant was a good game kid, and that’s just the way it is. I’m limited on experience.

“When you’ve got somebody in there that’s raring to win, it’ll be a hard night’s work for anybody.

“You’ve got to keep learning and go again. That’s part of boxing. You get in the ring, go back to the gym, and you keep improving.

“We’ll go back to the drawing board, assess, and see what went wrong. I know in my head what I did wrong and what I need to do next time.

“If it makes sense, it’s a great match; let’s get it on,” said Tommy about Deontay Wilder’s brother Marsellos Wilder wanting to fight him. Everybody is calling me out; who doesn’t want to fight me? It’s about moving in the right direction,” said Tommy Fury.

“He’ll learn more from that than all his fights put together,” said Tommy Fury’s dad John Fury.

“The kid game to fight, he was a good game lad, but I wanted him to ask questions, and that’s what he did. The kid asked some questions and took a few shots.

“That kid was a strong lad. He was a cruiserweight. He was in shape, that kid because he had to be to take them shots.

“Tommy had him in a bit of trouble here and there. He settled down. The first round was horrendous because the crowd was shouting obscenities when he walked to the ring, which is not nice; he’s 22.

“They never showed him any respect tonight, and they half put him off the job.

“It took him a round to settle into it because when you hearing stuff when you’re coming into the ring, which is absolutely diabolical.

“He’s trying to earn a living, trying to do the best he can, trying to entertain the people, and you got to come out with rubbish like that. Let me tell you something.

“All those people think getting in the ring is easy. Get a pair of boxing gloves on. This kid is learning every time he gets in there. He had 10 junior bouts.

A win’s a win. As long as you get the W. Forget the crowd, forget the comments; I’m not interested in them. 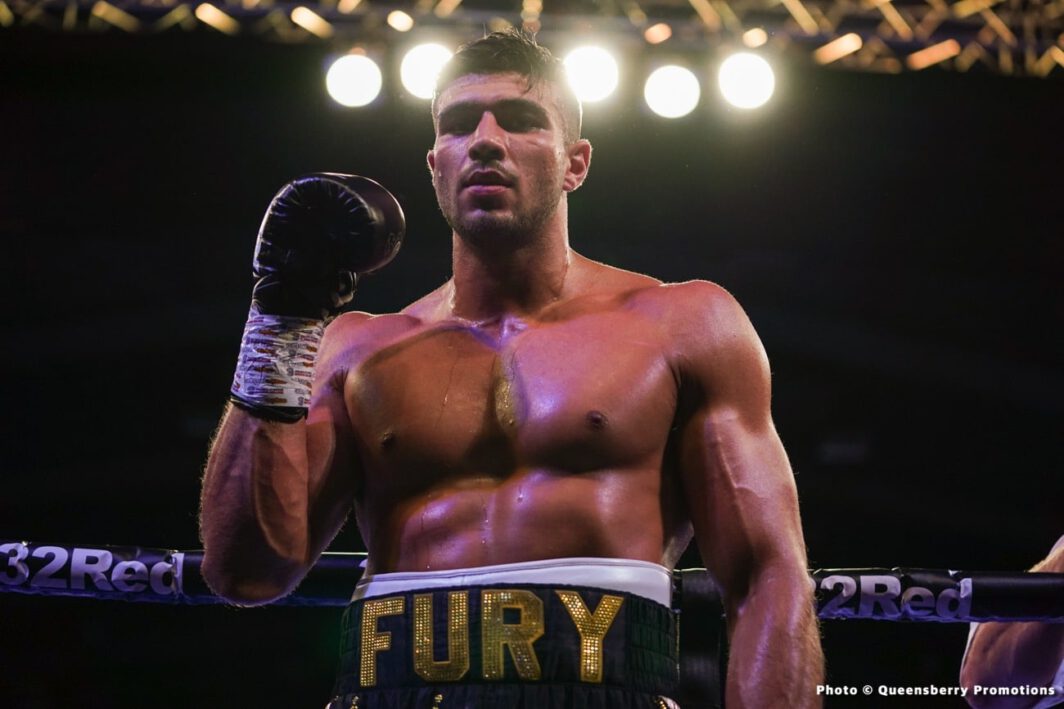 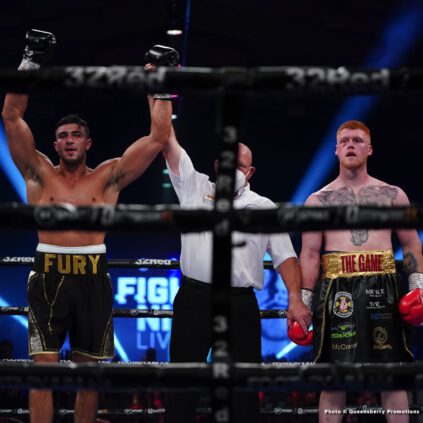 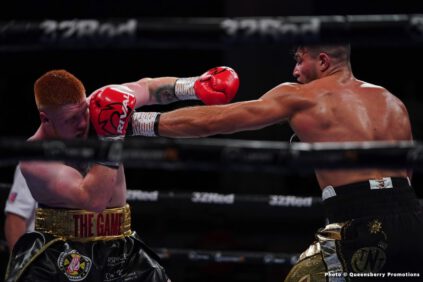 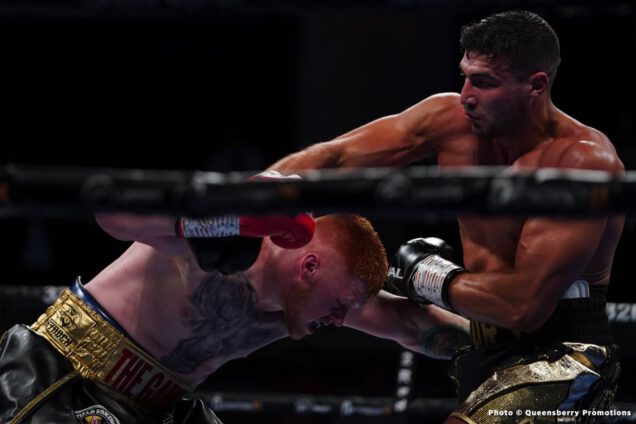 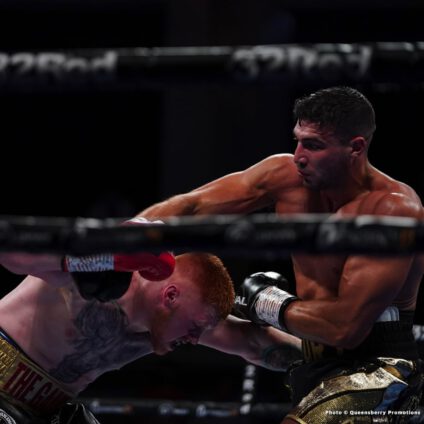 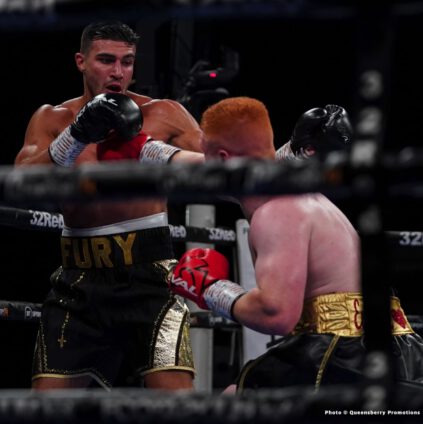 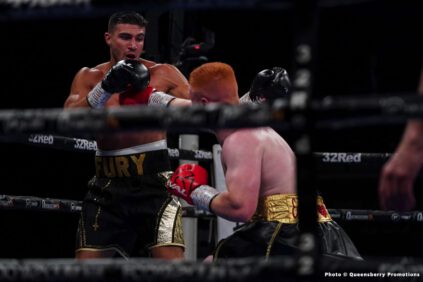 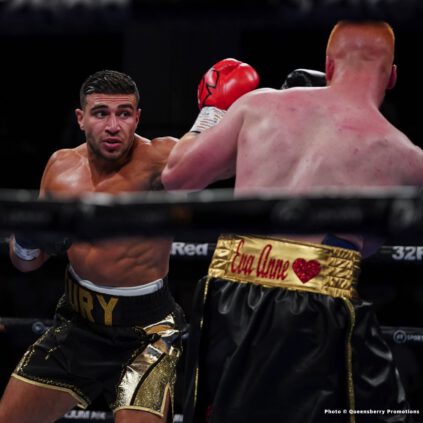 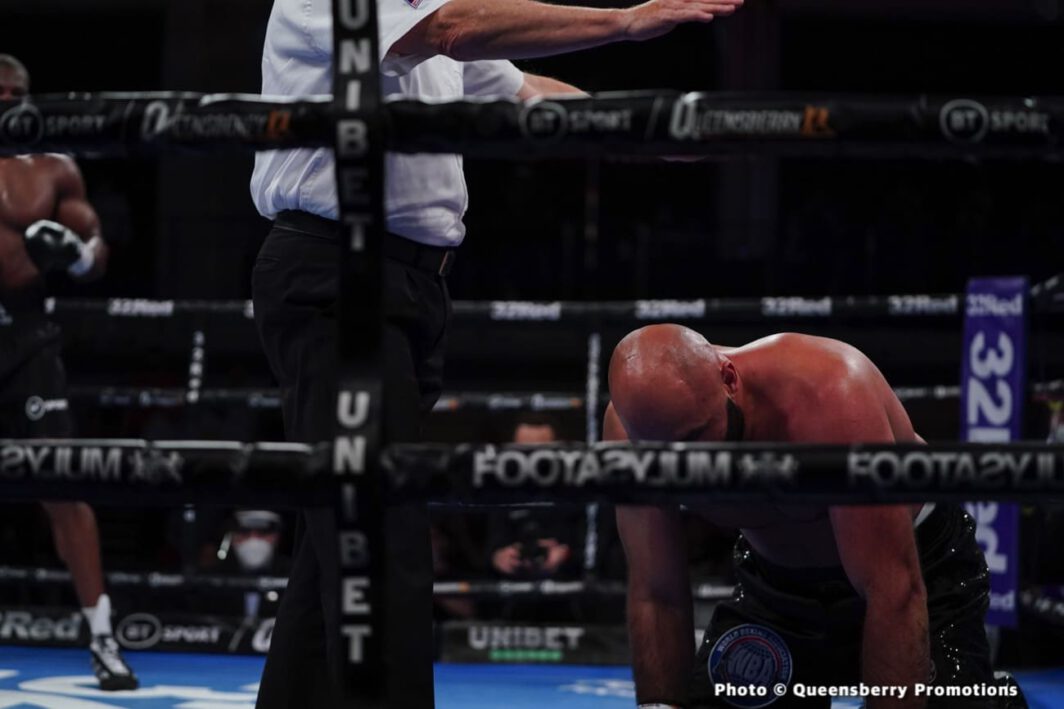 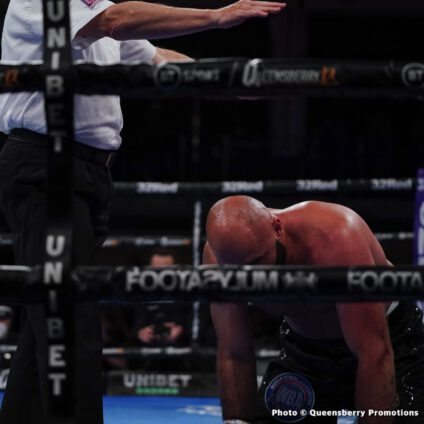 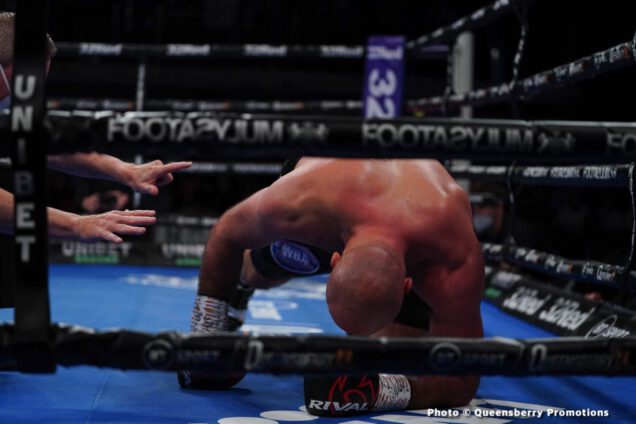 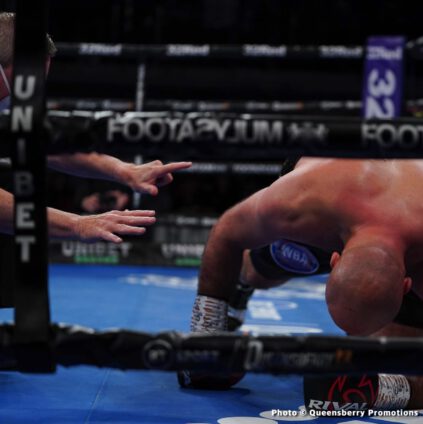 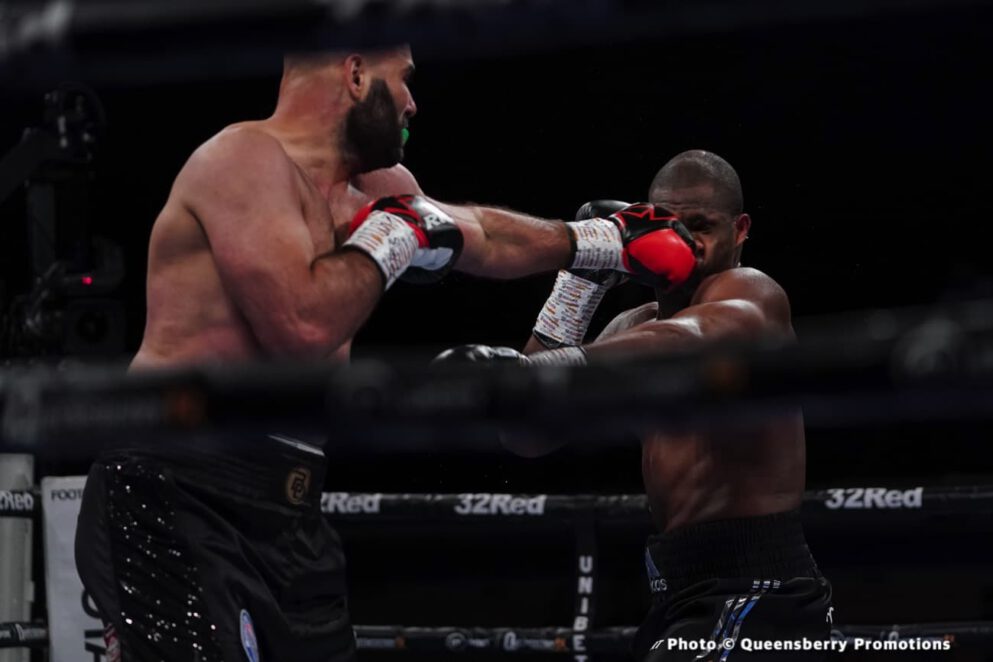 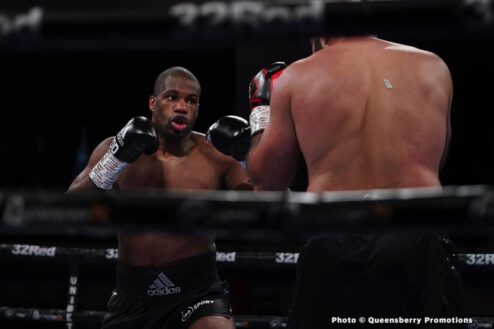 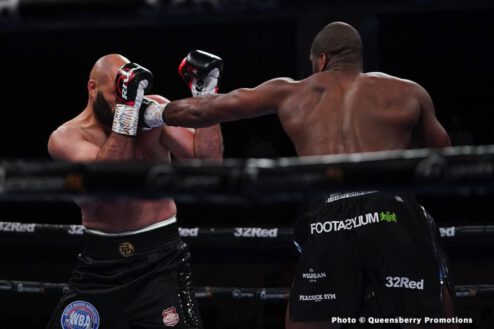 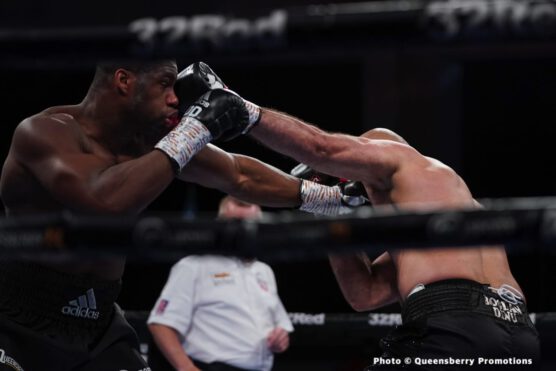 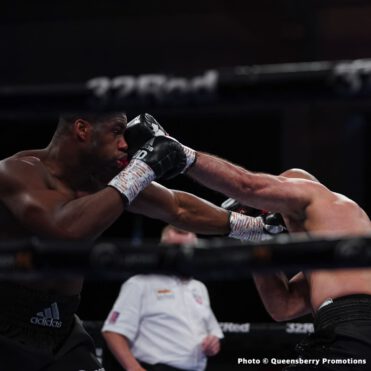 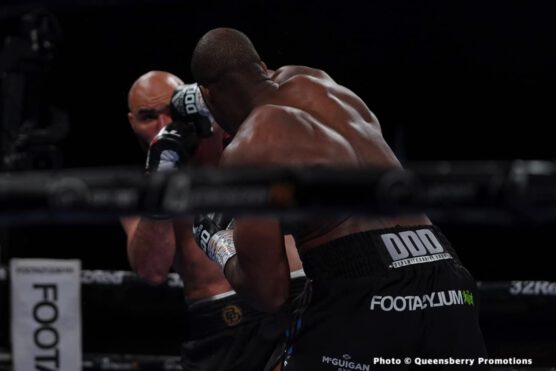 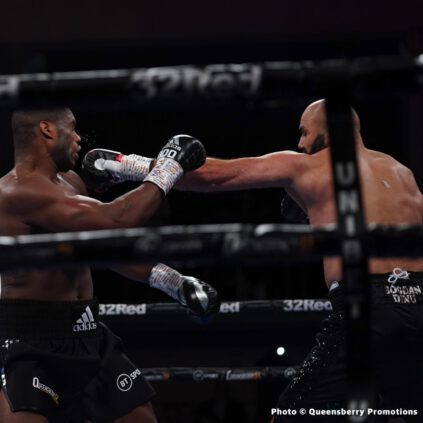 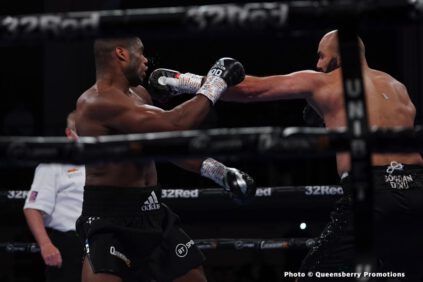 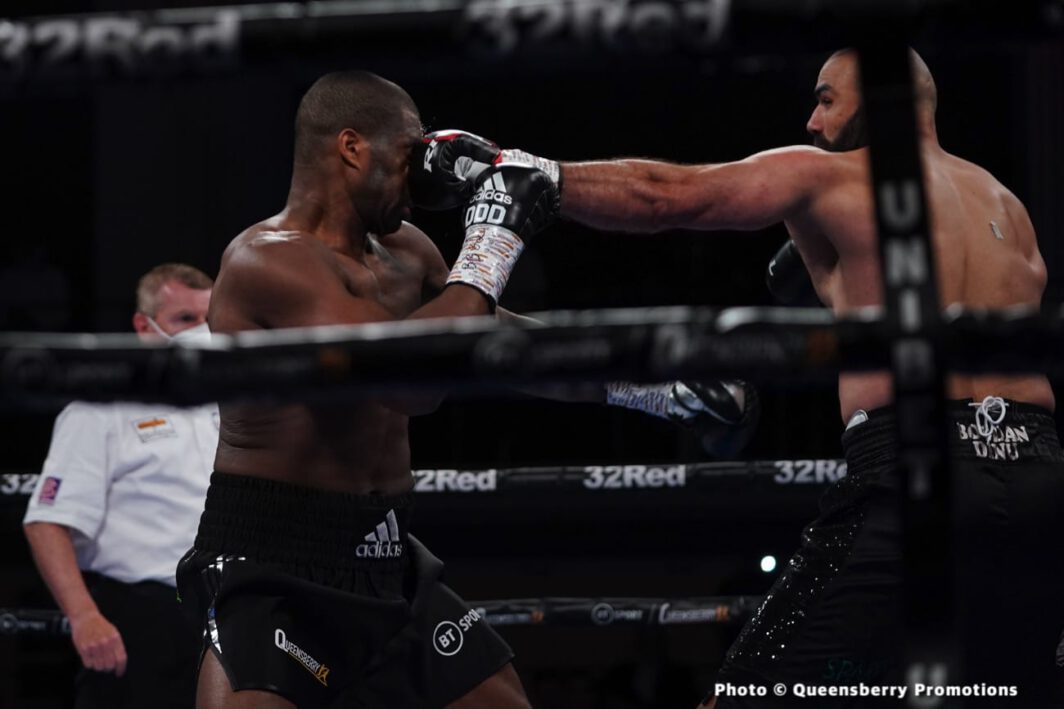 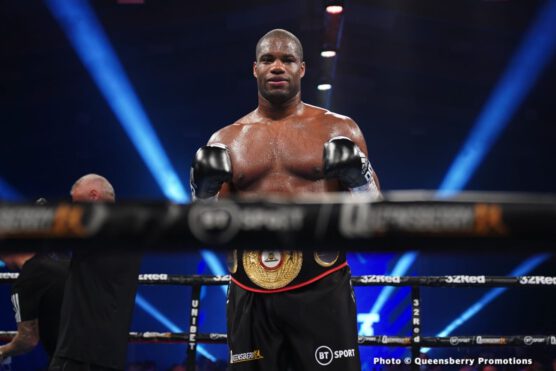 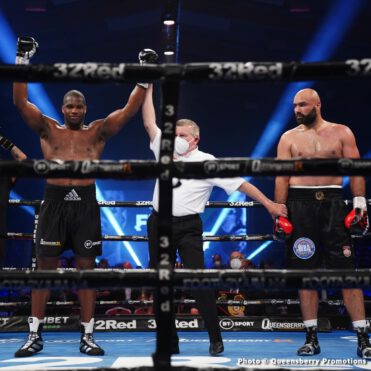 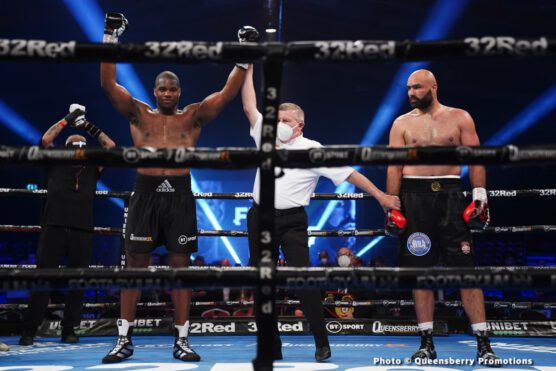 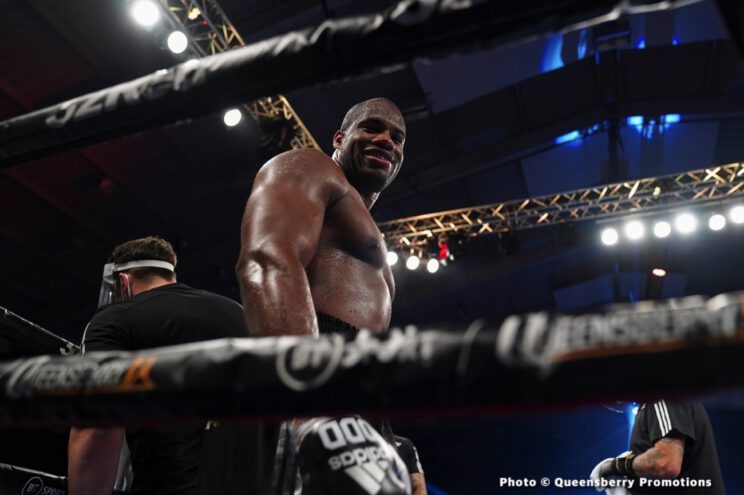 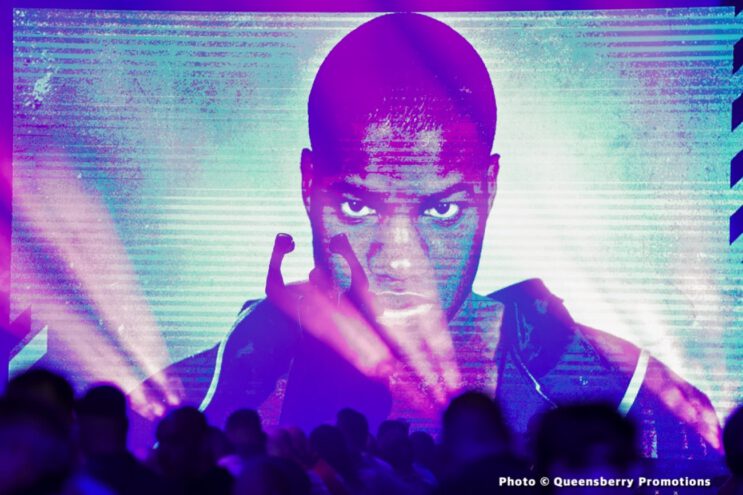