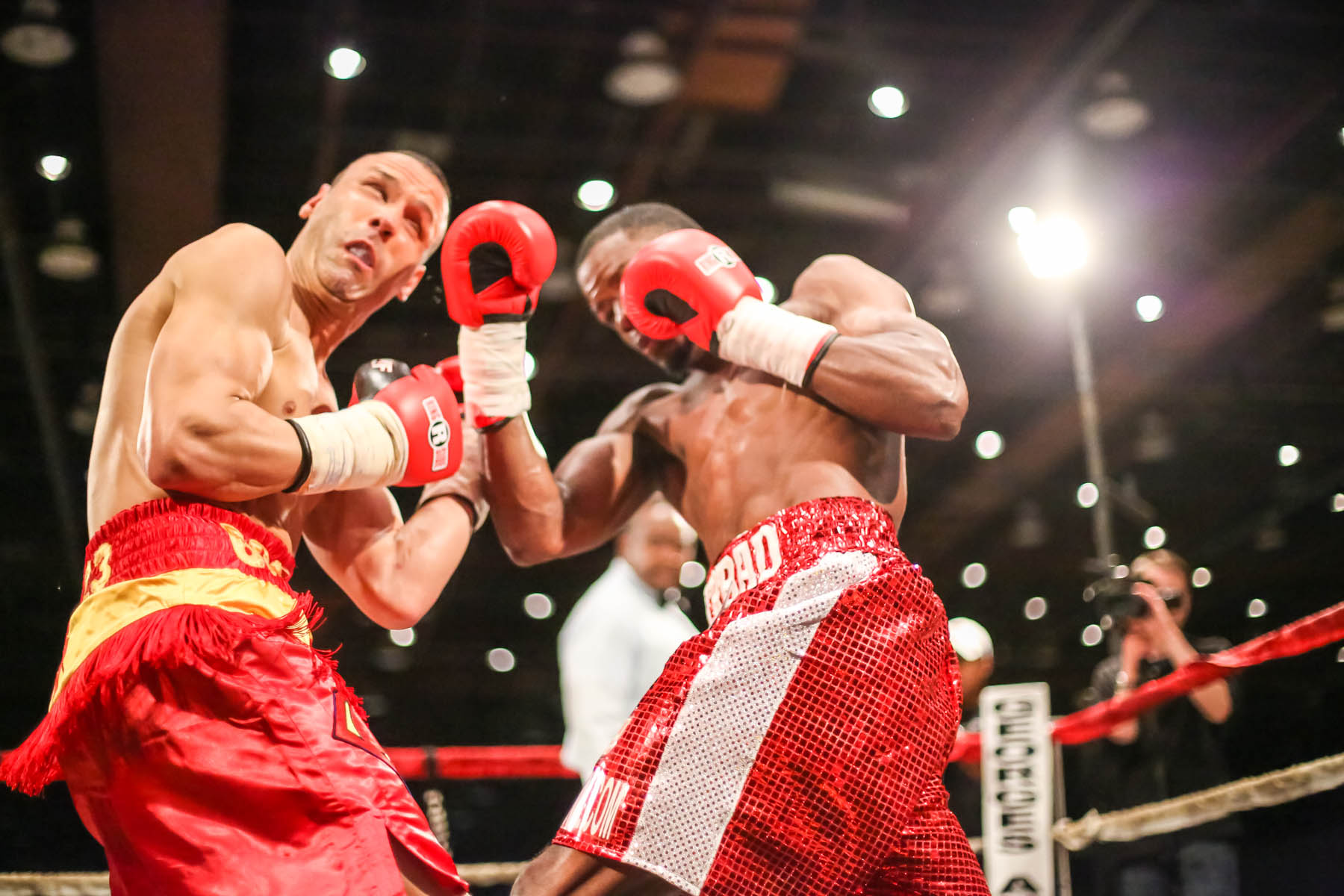 With Detroit hosting the Chevrolet Belle Isle Grand Prix and the ‘Downtown Hoedown’ music-fest, the entertainment area was buzzing with people and activity. The boxing event had a good showing with plenty of walk-up ticket purchases. Promoters, KP Boxing Productions, billed the card as ‘Showdown for Motown-4’ and McKart looked fit and ready. The longtime pro-boxer and former champion couldn’t withstand the speed and ferocious attacks from Harrison.

On the undercard, Dwayne Zeigler from Alabama, went to 3-0 as he broke the ribs of newcomer Michael Jordan. One of the few competitive fights had native son Anthony Barnes getting a TKO in the 4th over brawler Eric Moon of Grand Rapids. Barnes scored early with a technical and methodic approach. He went to 5-0. Another crowd pleasing match was the women’s fight between Amanda Cooper and Brenda Rodriguez. Cooper of Detroit, got the four round decision over a persevering Rodriguez from Muskegon.

Matchmaker Carlos Llinas was off the mark with most of the other mismatches.

Former champion Tommy Hearns along with attorney and television pitchman Ven Johnson made appearances. Perennial NFL football star Antonio Gates along with junior middleweight, Cornelius ‘K-9’ Bundage mingled with the crowd. World champion contender Deontay Wilder was gracious with photo-opps. Wilder (31-0) has won all his matches by knockout and no one has lasted more than four rounds against the 6’7″ heavyweight.