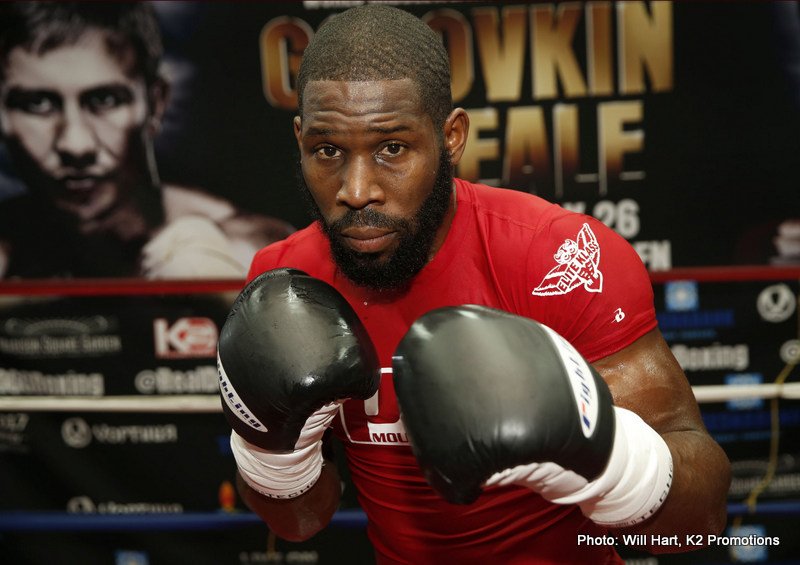 Jennings’ eagerness for the Stiverne vs. Wilder fight to take place runs deeper than the boxing enthusiast who sees the bout as a compelling fight, one laced with numerous storylines (e.g. will Wilder’s KO streak continue? Will Stiverne deliver Wilder’s first professional loss? Etc).

The Philadelphian has a vested interest in the winner of this fight as he becomes the mandatory challenger thanks to his split decision victory over Mike Perez (20-1-1, 12 KOs) this past July, earning his first crack at a major title.

Although Jennings hasn’t gone about his boxing career in a conventional manner–by picking up the sport at an early age and/or amassing and extensive amateur background– Jennings has instead worked his way up the heavyweight food chain, putting himself into prime position to become a major player in the boxing scene.

If Stiverne were to retain his belt against Wilder, Jennings would then have the opportunity to become the first American-born heavyweight to hold a major title since 2007 (Shannon Briggs, WBO). If Wilder is victorious, then it sets the stage for a huge all American, undefeated scrap between Jennings and Wilder, which would be huge financially and viewership wise with the right promotion.

Either way Jennings maintains he’s ready for his opportunity. Jennings was gracious enough to give me a few minutes of his time for an exclusive Eastsideboxing interview during Top Rank’s October 4 card where he came to support fellow Philadelphia native and rising Super Middleweight prospect Jessie Hart (15-0, 12 KOs) and headliner “Jersey Boy” Glen Tapia (22-1, 14 KOs).

Check out what “By-BY” Jennings had to say:

Eastsideboxing: Out of Stiverne and Wilder, do you have a preference in which guy you would rather face or does it not matter?

BJ: I would rather for it to be Wilder because it would be a bigger fight for America, but other than that I’m maintaining and waiting patiently.

Eastsideboxing: Can you talk about the difference between watching and analyzing other fighters, particularly ones you know and are rooting for (e.g., Hart & Tapia), and actually being in the ring?

BJ: When you’re watching someone you’re around all the time as I am with Jesse it’s tough. I mean you’re on the edge of your seat. You’re shaking and all of that, but when I’m fighting I have no problems. I’m focused and I’m ready.

Eastsideboxing: You look like you’re in shape now and ready to go now. How do you manage to stay in “fighting” shape?

BJ: I just live like I’m in training. I have a strict diet already, no drinking or smoking, and that’s a part of my lifestyle. So eating right, living life and having fun is the key for me.

Eastsideboxing: Well thanks for giving a couple of us a couple minutes of your time and best of luck with the Stiverne vs. Wilder winner.