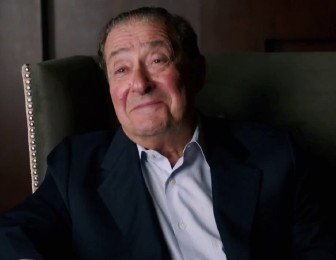 Today, one of boxing’s most well known, most hard working, most successful and, at times, most controversial figures celebrates an amazing 50 years in the sport. The man is Top Rank promoter extraordinaire, Bob Arum. Arum is 84-years-old but, unlike the man who was once his archrival, Don King, he is still very much at the top of his game, promoting some of the biggest names in the sport.

Actually, in the 1980s and ’90s, King and his domain eclipsed Arum and his empire; thanks in large part to King having the majority of the heavyweight division – including its star fighter Mike Tyson – firmly in his clutches. But Arum was always there, as he seems to have been forever, and he never lost the passion for the sport he first found in the mid 1960s.

It was today in Canada when Arum – a former aide to the great Bobby Kennedy when Arum was an attorney of justice – promoted the Muhammad Ali-George Chuvalo fight at Maple Leaf Gardens. Since then, Arum has never looked back, going on to promote, or co-promote some of the biggest names and the greatest fights of the last half century.

A workaholic, Arum has been a tireless servant of the sport. Arum has had his share of critics along the way, inevitably – one of the promoter’s more famous quotes being “Yesterday I was lying, today I’m telling the truth” – and some fighters have had some nasty things to say about “Uncle Bob.” Mayweather, for example, has often criticized Arum, for a number of things; as have fighters such as Iran Barkley and others. But on the whole, the good Arum has done the sport far outweighs the bad.

Aside from King, there is no other active boxing promoter who has seen anything like the number of years Arum has worked in the sport. Also like King, there will never be another quite like Arum. And he’s not finished yet, not by a long shot.