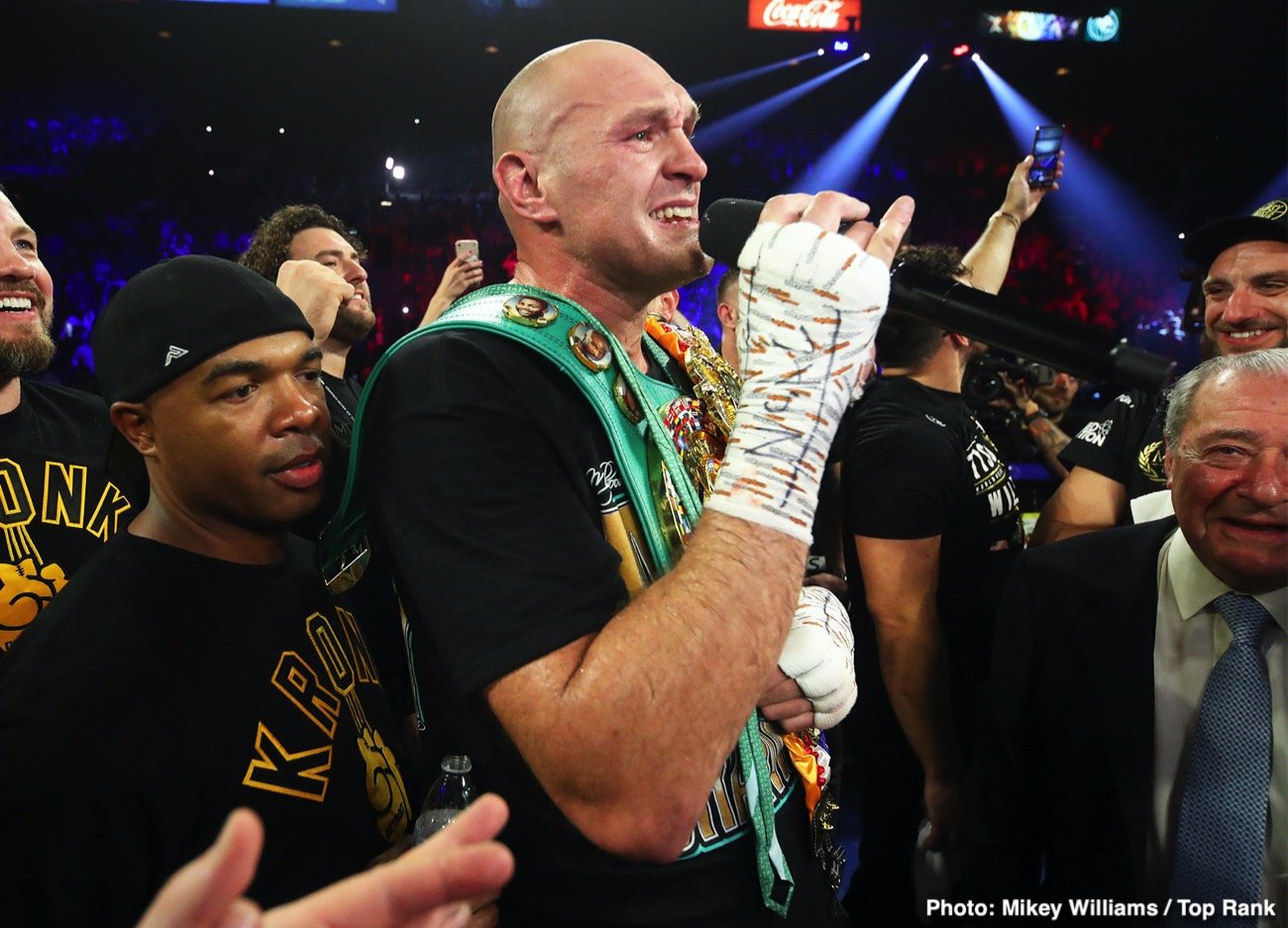 It’s no secret Bob Arum is predicting a Kubrat Pulev win over Anthony Joshua on Saturday night. In fact, the Top Rank boss, who this week celebrated his 89th birthday, is predicting, and has been for a while now, that Pulev will knock Joshua out. And now, as per a piece from The Mirror, Arum says Tyson Fury – who he promotes as well as Bulgarian Pulev – “agrees” with his prediction. “I talked to Tyson yesterday and we were making plans for him to fight other fighters. Because he agrees with me – there is a great chance Pulev will upset the apple-cart and beat Joshua,” Arum said.

If Arum and Fury are correct, and the reigning WBA/IBF/WBO heavyweight champ tastes a second defeat on Saturday night, the big one we all want to see – Fury Vs. Joshua – will be history. But will Pulev really cause the upset the day after tomorrow? Pulev does look to be in fine physical shape, appearing slimmer than he has looked in the past (tomorrow’s official weigh-in will prove very interesting). At today’s final press conference, the 39 year old was all smiles as he was relaxed and brimming with confidence. Pulev assures us he will be “the last man standing.” Pulev said he is predicting a win, not necessarily a KO win, but a win.

In some ways, this fight is the biggest test for Joshua since his loss to Andy Ruiz. Yes, Joshua got his revenge over Ruiz, but the appalling lack of conditioning on the part of Ruiz basically made the win close to meaningless in the opinion of some, Arum among them. Pulev IS in shape, and as Eddie Hearn said today, Pulev “will try everything he can to win.” With a year out of the ring for both men, rust may play a part. The oft-used saying is how anything can happen in boxing, especially heavyweight boxing. This may be even more apt a thing to say considering the inactivity both men have endured. Might either man get caught cold before having had a chance to properly warm up?

It would be a sensation if Pulev did get the win, but at the same time we would lose the Joshua Vs. Fury showdown spectacle that so many fans want to see. Pulev against Fury, while interesting, does not have the same excitement attached to it. Fury, meanwhile, has confirmed that he will not be attending the fight on Saturday night, this despite Hearn inviting him to do so.

If Pulev does pull it off on Saturday, Fury may well wind up facing the Bulgarian “Cobra” in his very next fight. Joshua has it all to prove on Saturday. Above all, he has to get the win. Will we see the exciting version of Joshua we saw before he lost to Ruiz, or will we see the cautious and ultra-patient boxer we saw in the rematch out in Saudi Arabia? Will we see a great fight on Saturday night?