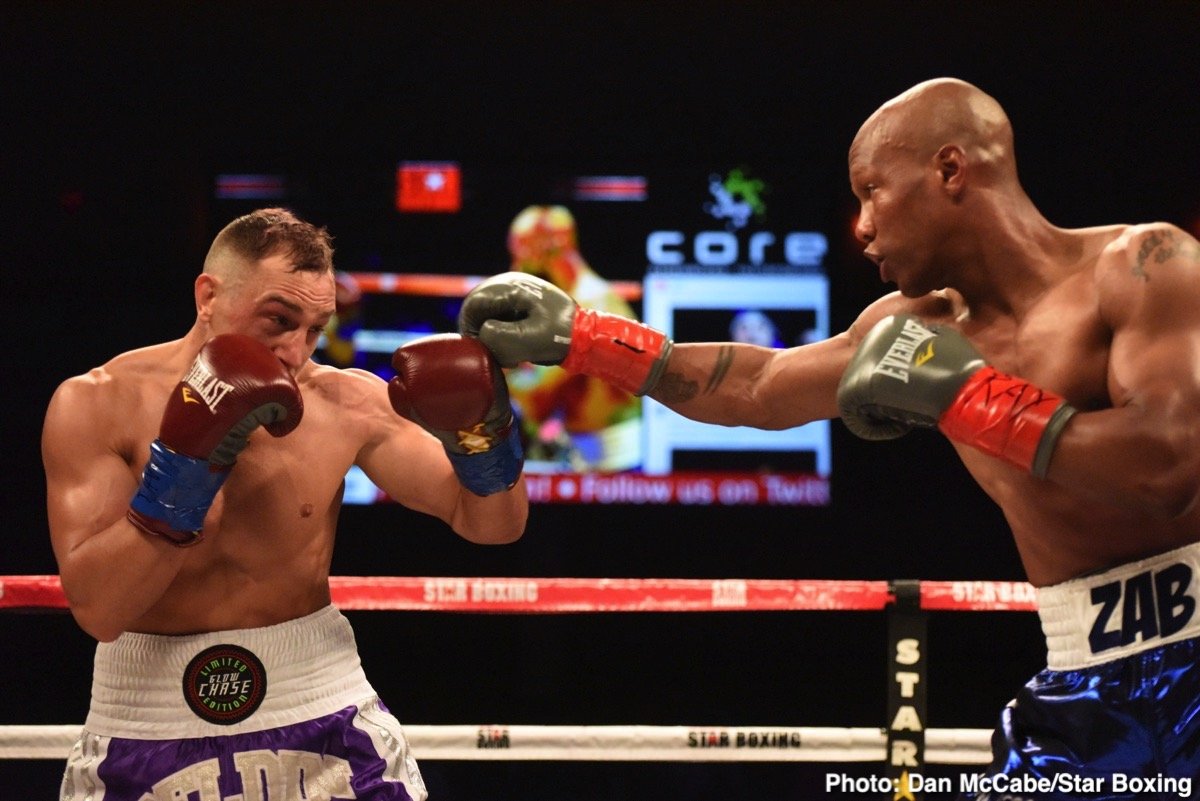 41 year old former world champ Zab Judah is currently recovering in hospital, having suffered a small brain bleed in his career-ending stoppage loss to Cletus Seldin. ESPN.com reports how Judah is showing good signs of recovery, that he is in good spirits. Zab’s fate, though, reminds us all once again how dangerous a sport boxing really is; especially for an ageing fighter.

The prime Judah would not have been hit with the hard shots Seldin repeatedly tagged him with, and any fighter who attempts to carry on fighting after already having had such a long tenure in the ring and after having turned 40, really is pushing himself. Take head Manny Pacquiao, who next month faces the much younger Keith Thurman. Pacquiao may have more left than Judah had upon entering his last fight, yet any man who battles a younger foe AND Father Time is indeed facing potential disaster.

There have of course been some quite amazing fighters who have, over the years, defined the ageing process: men like George Foreman, Bernard Hopkins, and, going much further back, Archie Moore. But these fighters are in the minority; all in all, it’s a young man’s’ sport. In fact, go back 25 years, and the thought of so many fighters past the age of 35 remaining active would have been all but unthinkable.

Today, no-one takes a second look when they see how a former champ who has turned the age of 40 is set to fight again. For good or for bad, these brave warriors attempt to prove that age is indeed nothing but a number. All fighters take risks, of course, yet ageing fighters face far, far greater odds and dangers.

Get well Zab Judah, and our thoughts also go out to Mexican super-flyweight warrior Felipe Oructa, aged 33, who is currently in a coma, the tragic end to his June 7th fight with Jonathan Rodriguez.

Fighters really do lay so much on the line each and every time they step into the ring. Never must we forget this.