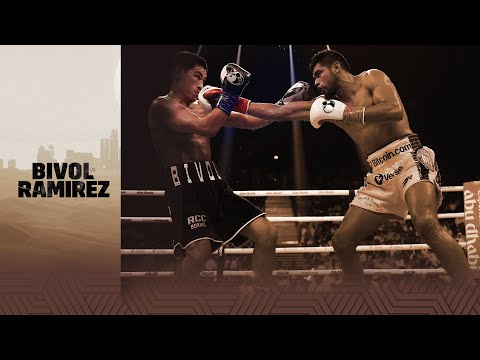 Bivol’s combination punching and slick defensive skills were too much for the slower and easy-to-hit former WBO super middleweight champion Zurdo Ramirez.

Bivol had Ramirez hurt on several occasions with his combination, and he probably could have stopped him if he’d let his hands go more.

Zurdo looked scared to throw his big shots because he was getting countered so often by Bivol. When Zurdo would land a nice shot, Bivol would come back with combinations of three and four at a time.

In the eighth round, Bivol nailed Ramirez with five consecutive headshots that back him up against the ropes, 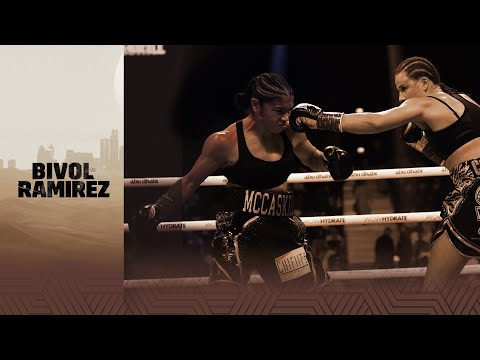 IBF/WBC female light welterweight champion Chantelle Cameron (17-0, 8 KOs) retained her titles with a 10 round unanimous decision win over Jessica McCaskill (12-3, 5 KOs). Cameron used her technical skills to get the better of McCaskill through the first seven rounds.

After Cameron gassed out, McCaskill came on late to make it close. The judges had it 97-93, 96-94, and 96-94, all for Cameron. With the victory, Cameron captured the vacant WBA, WBO, and IBO female light welterweight belts.

After a slow start, Rakhimov wore Barrett down with his pressure in the second half of the contest and dropped him twice in the ninth round. 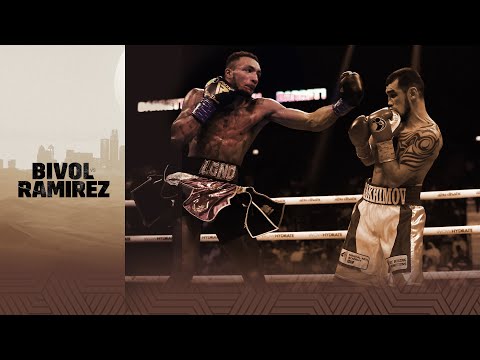 The referee stepped in and halted the bout after the second knockdown in the ninth, as Barrett was in no condition to get up and continue fighting. The time of the stoppage was 2:35 in round nine.

Barrett started the fight well, flooring Rakhimov in the third round, and dominating the rounds up until the sixth. Rakhimov began coming in in the seventh, hitting Barrett with monstrous shots to the head, winding him down like an old clock.

Barrett was still landing well in rounds seven through eight, but he looked tired, and he was getting hit with huge shots from Rakhimov that couldn’t afford to be taken.

In the ninth round, the body language of Barrett showed a fighter that was at the end of his rope and wasn’t going to be able to take more punishment from Rakhimov without getting stopped.

Flyweight prospect Galal Yafai (3-0, 2 KOs) had to fight tooth & nail to pull out a 10 round split decision over Gohan Rodriguez (12-2-1, 1 KO) in a disappointing performance from the 2020 Olympic gold medalist. 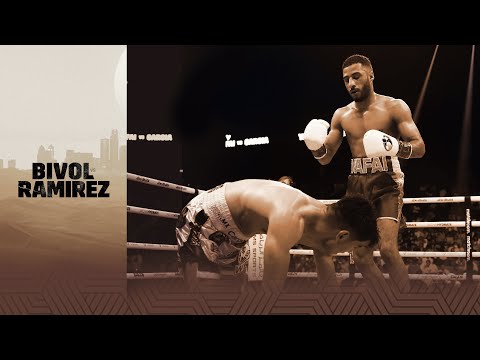 The 29-year-old Yafai was getting hit repeatedly by Rodriguez when he would come forward, and he looked ragged.

Yafai showed very little in the way of defense, which allowed Rodriguez to catch him with basically everything he threw tonight. It was fortunate for Yafai that Rodriguez had little power because he would have won tonight if he could punch.

Matchroom Boxing promoter Eddie Hearn will need to put the brakes on Yafai’s career and slow down his progression because he’s not ready to take on talented opposition. If Hearn puts Yafai in with a puncher, he’s not going to last long.

In an upset, lightweight John Lawrence Ordonio (8-4-1, 4 KOs) outworked Majid Al Naqbi (7-1, 4 KOs), beating him by a four round unanimous decision in a contest that took place in the 140-lb division.

The scores were 40-36, 40-36, and 39-37. Naqbi fought with no sense of urgency until the fourth round, and by that point, it was too late to make up the lost ground. Naqbi needed a knockout but lacked the power to pull out the win. 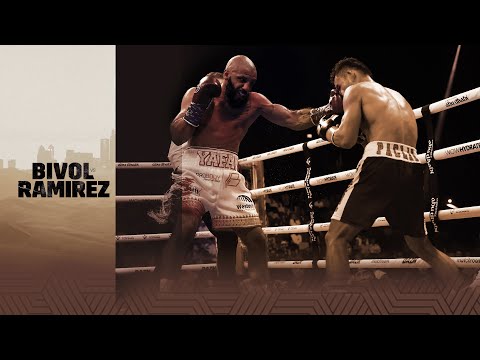 Yafai was getting hurt repeatedly by Paclar in the first three rounds, going down in round one, and looking vulnerable against a fighter that he should have dominated.

Before tonight, Yafai hadn’t fought in two and a half years since losing to Roman ‘Chocolatito’ Gonzalez by a ninth round knockout in February 2020.

The way Yafai was repeatedly hurt tonight by the non-puncher Paclar, you have to wonder if his fight with Chocolatito may have done something to erode his punch resistance.

Campbell Hatton (9-0, 3 KOs) made easy work of the hapless Denis Bartos (9-6, 6 KOs), knocking him down twice en route to scoring a first round knockout victory in lightweight action.

Although Campbell’s power when going to the head of Batos looked nothing special, he got a lot more on his shots when he went to the body. The time of the stoppage was at 1:41 of round one.

At 21, Hatton has a lot of time to develop, so we’re not likely to see him thrown into the deep end against quality 135-pounders for quite some time. In a few years, if not sooner, Campbell should be ready to take on the fringe contenders in the lightweight division.

Undefeated contender Gilberto ‘Zurdo’ Ramirez is getting his opportunity to fight for a world title tonight against WBA light heavyweight champion Dmitry Bivol in a contest that will shape the 175-lb division.

Bivol vs. Ramirez will take place at the Etihad Arena in Abu Dhabi, UAE, and will be streamed live on DAZN, with the event starting at 1:30 p.m. ET. 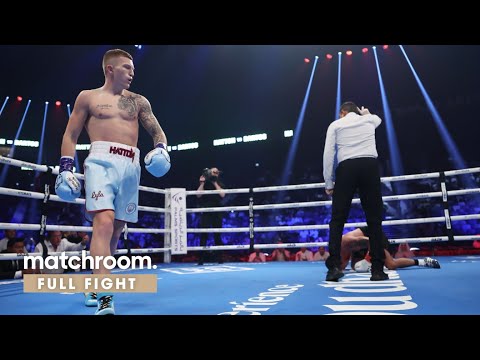 It’s now or never for the 31-year-old Zurdo Ramirez, who has waited three years for this opportunity. He may not get another chance if he loses in an especially one-sided fight, as many boxing fans are predicting will happen.

Golden Boy Promotions are counting on Ramirez (44-0, 30 KOs) winning against Bivol and becoming the next star by defeating IBF, WBC & WBO light heavyweight champion Artur Beterbiev next year to become the undisputed champ at 175.

“I give Zurdo Ramirez a lot of credit for getting this far,” said Chris Mannix to DAZN Boxing’s JABS. “He’s a former 168-pound champion; he’s undefeated at light heavyweight, he showed great power since moving up in weight, but he hasn’t fought anybody.

“It’s not his fault. These are the people that the WBA sanctioning body has put in front of him and said, ‘You have to beat these guys to get the shot at Dmitry Bivol,’ but he hasn’t fought anyone even close to the level of Bivol. I think Bivol is going to win a wide decision,” said Mannix.

“Bivol has the resume. He’s fought the monsters, and he’s coming off the biggest fight of his career against Canelo, so he has the momentum,” said Sergio Mora.

“Ramirez, like you said, is an excellent fighter with over 40 fights, and they’ve been moving him nicely. He’s had some tough wins, but yeah, you can’t compare resumes, but I think he’s going to be motivated for this fight.

“Think about it. Ramirez has always wanted to fight Canelo. He’s not going to fight Canelo, but he can beat the man that just beat Canelo. So there’s motivation on Ramirez’s side, but like I said, it’s going to come down to footwork.

“Bivol is the epitome of a ring general. He knows how to maintain that distance and frustrate a fighter like Ramirez. It goes to the distance, but I like Dmitry Bivol,” said Mora.

“Let’s play devil’s advocate for a minute. Bivol is the more skilled fighter, but as we said, Ramirez is likely going to be the significantly bigger man. How does he use that size to his advantage?” said Mannix.

“He’s not going to pin down Bivol, but if he can catch him to the body puncher, and he’s a volume puncher. So he throws a lot of them,” said Mora.

“If he’s going to hurt him, it’s going to be to the body or the uppercuts, but he has to get on the inside,” said Mora.

“I’m glad Ramirez is getting this opportunity, but he’s getting it against one of the skilled fighters in the world and a fighter with a lot of momentum fresh off that win over Canelo,” said Mannix.