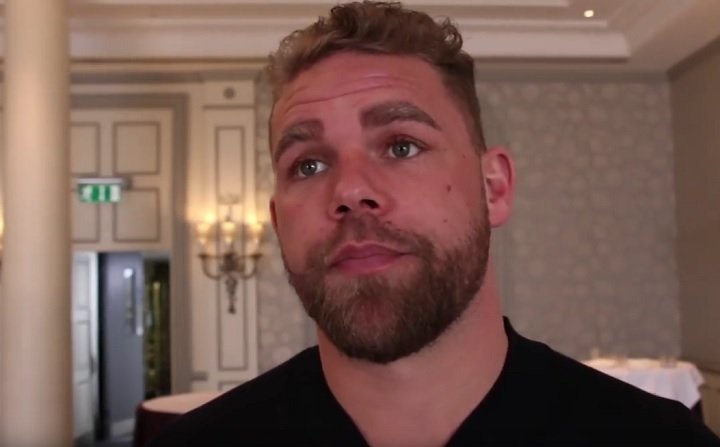 A solid foe and challenger the experienced Murray may be (this fight will be the 35 year old’s fifth shot at world glory), but this fight represents a big let-down for all fans who want to see, and were hoping to see, Saunders pit his skills and boxing brain with either of the two biggest names at 160. It’s always a sign when, at a presser to announce one fight, those in attendance are more interested in talking about what may come next, and this was the case today – with the biggest talking point being about Saunders against either GGG or Canelo.

Saunders has respect for Murray, and he even went as far as to say how his countryman brings more of a threat than Lemieux did, but seemingly everyone wanted to talk about those two prospective fights: BJS against either Triple-G or Canelo. And Saunders expressed his frustration in not getting, and maybe never getting, either fight.

“I’m not saying they’re [GGG and Canelo] scared, because they’re warriors, bust there’s just something about me that most people want to steer clear of now,” Saunders, 26-0(12) said at today’s presser. “The Canada performance (against Lemieux) was good in one way and bad in another because it was good for my stock but bad for business. Golovkin and Canelo are not scared, but the people looking after them, they [GGG and Canelo] are their cash cows. They’re the ones bringing the money in, so they don’t want someone coming in and giving them a hard night’s work or beating them.”

Fans have been asking, can BJS beat either of the two pound-for-pound stars for the longest time, and Saunders is understandably annoyed and frustrated at not getting his opportunity to prove that he can do so. For now the waiting game goes on, but Saunders made it clear he is not going to wait around forever. Saunders says he will stick to his time-frame of retiring from boxing “at 30, 31.”

Promoter Frank Warren says the GGG and Canelo rematch will likely “go the same way as the first fight,” but that hopefully the judges will do their job and find a winner this time. Warren stated without pause how he “knows” Canelo and Golden Boy do not want to fight Saunders, and that GGG is the more realistic fight for his man.

As for Murray, who was almost a second thought, he said today how he knows that the April 14 fight in London will be his “last chance” at becoming champion. Murray declared how this “desperation” will make him “a dangerous man.”

Still, right now most fans feel only GGG and/or Canelo are capable of stopping the peaking Saunders. But will the WBO champ ever get the chance to unify the belts?