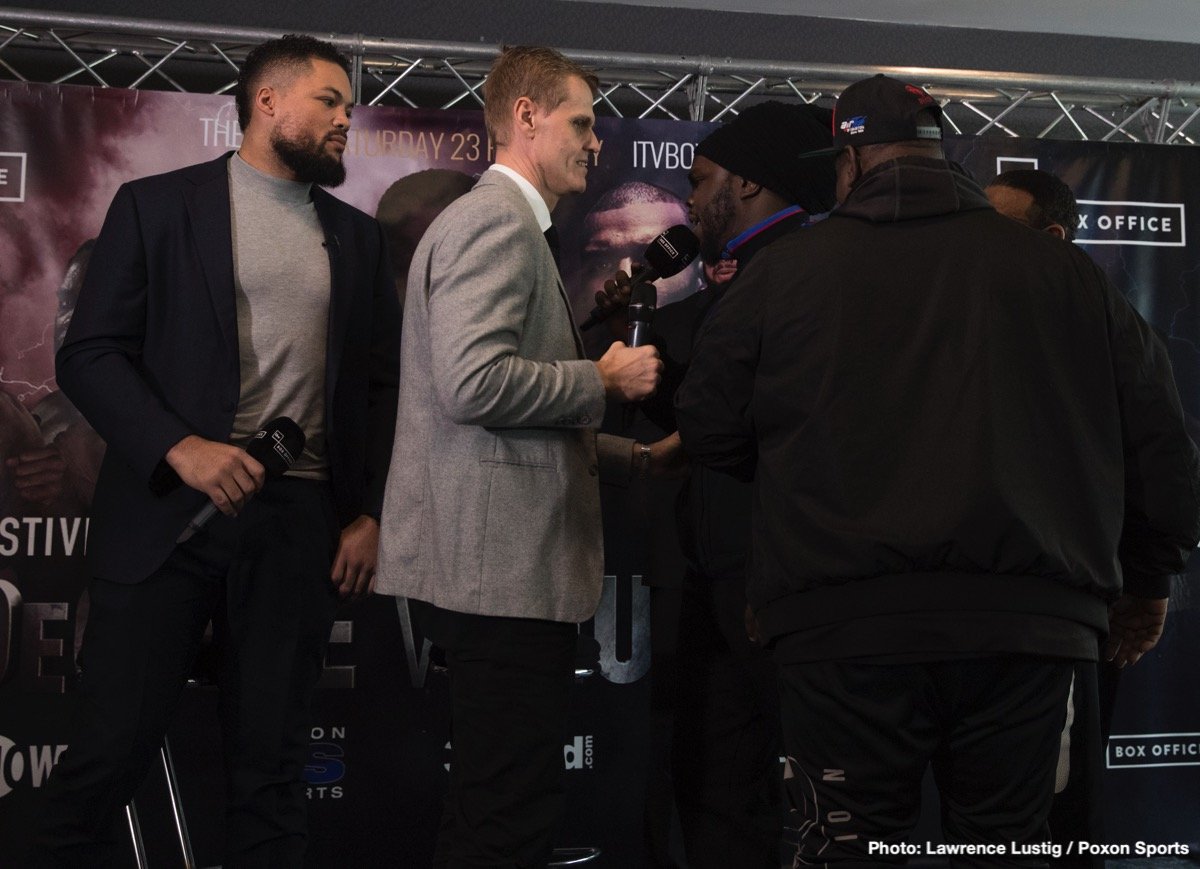 Undefeated British Heavyweight sensation Joe Joyce came face-to-face with Bermane Stiverne ahead of their Commonwealth Title clash today, but it erupted between the Former World Champion and the British fighter’s manager.

Joyce defends his Commonwealth title against the Canadian puncher in the chief-support to James DeGale’s mouthwatering showdown with Chris Eubank Jr. this Saturday night (23rd February) at The O2, promoted by Premier Boxing Champions (PBC) and Poxon Sports, exclusively live in the U.K on ITV Box Office in the U.S on Showtime.

The Londoner was in a determined mood today, confident that his destructive fists will do all the talking on Saturday night. He said, “I’m feeling great, having had a great training camp at Big Bear, California. I’m ready to put a dent on Stiverne, so make sure you’re there to see it! I have all the respect for him as a former WBC Champ, but it’s a stepping stone to greater things for me. I’m moving fast, each fight is getting me closer to the top three names in the sport. I’ll be going straight back into the gym after I win this fight to prepare for the next challenge. I’m determined to make big strides in my career this year.”

Responding to reports that Stiverne got the better of him in a four round sparring session four years ago, Joyce drew rapturous laughter from the audience when he commented, “He says he took me to school in training…But I went to University!”

Stiverne initially appeared to be in a serene mood. Knowing victory will catapult back into World Title contention, he said, “I feel great and I’m prepared. We could talk all we want right now but what matters is Saturday night at The O2. I didn’t come all this way to lose. I’ve come prepared and we can talk about the future when I’ve taken care of Joe.”

The air of calmness momentarily slipped however, when Joyce’s manager Sam Jones suggested that Stiverne ducked opportunities to spar with Joe before he fought Dominic Breazeale in 2017. Stiverne erupted and screamed, “You were just seeking publicity! I don’t want to talk to you. Sit your ass down!

But Stiverne flipped moments later when he said to Jones, “Don’t get me hot. I’ll slap you today and still fight Saturday…little b**** that you are.” and had to be restrained by security guards as he went towards Jones.

The 6ft 6in ‘Juggernaut’ from Putney, South West London, has steamrolled all seven of his opponents since turning professional in October 2017 after capturing the Silver medal at the Rio Olympics, to single himself out as one of the most feared talents in the Heavyweight division.

Clashing with Stiverne represents a giant step up in class and will see Joyce take on the riskiest test of his unbeaten career, but with huge rewards.

The rock-solid power puncher, born in Montreal, Canada, of Haitian descent and based out of Las Vegas, held the WBC crown for two years and has fought some of the very finest in the division, including Deontay Wilder and Chris Arreola, in a 29-fight career that’s included 21 stunning knock-outs.

If fearless Joyce pulls off victory against a man of Stiverne’s pedigree, he will catapult himself within touching distance of a world title shot and establish himself as a name on everybody’s lips, alongside Anthony Joshua, Tyson Fury and Deontay Wilder at the very top of a thrilling Heavyweight division

In 1976, nobody gave Leon Spinks – who had only seven professional fights behind him at the time – a chance in hell when it was announced he would fight the legendary Muhammad Ali for the Undisputed Heavyweight Championship. Spinks however, shocked the planet to beat Ali, and there are certainly parallels between that historic upset and Joyce’s fight with the older seasoned pro in Stiverne.

Joyce’s promoter Richard Schaefer, Chairman and CEO of Ringstar Sports, said, “Stiverne is in tremendous shape and he’s a difficult guy to beat, but I am going to make a bold statement by telling you that Joe Joyce today is the best Heavyweight in the world. By the end of the year I believe he will be Heavyweight Champion of the World and by next year he will be ready to take on Fury, Wilder and Joshua. He is a generational talent.”

Carl Lewis, representing Don King, Stiverne’s promoter, said, “This fight won’t be a stepping stone for Joe Joyce, it’s gonna be a stumbling block! Everyone is so kind here in the UK but thanks for the tea and crumpets, we are here for a special night of fighting. Make no mistake, Bermane is ready. It’s great for a 7-0 fighter to want to take on a former Heavyweight Champion of the World, but Joyce has made a big mistake.”

Ricky Summers, who hails from Tipton in the West Midlands, came within touching distance of the British Title in 2017 when he gave then Champion Frank Buglioni a hard first title defence at The O2, only to narrowly lose on points.

After rebounding strongly by winning his last two fights, Summers is ready to get back into title contention. He said, “I have had 5-6 weeks of hard training and it couldn’t have gone better. I have looked at Andre’s fights and he’s a good kid, I rate him, and he did well as an amateur. But I’m ready for war. I love to fight, and everyone saw that when I fought Frank Buglioni. I’m a much better fighter now and my big stage O2 experience will be invaluable on fight night.”

Unbeaten Andre Sterling’s career has been going places fast. In his last fight out in November 2018, the former Fitzroy Lodge amateur was crowned Southern Area Light-Heavyweight Champion. He now knows victory against Summers could lead to a dream shot at the prized Lonsdale Belt.

Sterling, in bullish mood, said, “I feel wonderful and I had a great training camp. I saw Ricky’s fight against Frank Buglioni but being honest, I wasn’t impressed with it. I have trained hard for this fight and I hope he’s ready because I am.”

LCpl Chez Nihell, England’s 2018 ABA Elite Super Heavyweight Champion, will add an intriguing sub plot to an action-packed evening at The O2 when he makes his professional debut in a four round Cruiserweight contest.

Chez, who served in Afghanistan, has received special permission from the British Army to combine his status as a serving soldier with launching his pro career.

Looking confident and proud, Chez said, “I’m excited to fight on Saturday at The O2 for my debut. Training has been class and I made Cruiserweight comfortably. I have left no stone unturned in the gym and I am grateful for the tremendous support I have received from the Army boxing family and from my supporters on the Isle of Wight, where I grew up.”

In a very rare occurrence, Chez will have his wife LCpl Alanna Nihell – an official Second and decorated champion herself having secured three ABA Lightweight titles and a Commonwealth Games Bronze Medal in 2014 – working in his corner on the night.

Commenting on this unique situation, Chez said, “My wife and I met through the sport of boxing when were team mates in the Army boxing set-up. We started dating and the rest is history. Over the last few years we have trained together every day. She has been an inspiration and I can’t wait for her to be in my corner. It would feel weird if she wasn’t on this journey with me, and she’s buzzing for it as much as I am.” 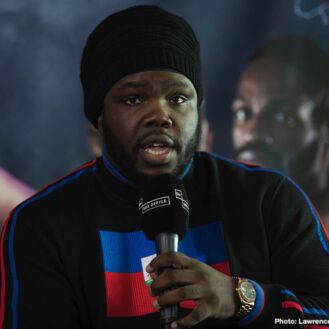 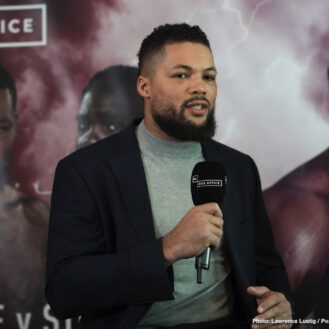 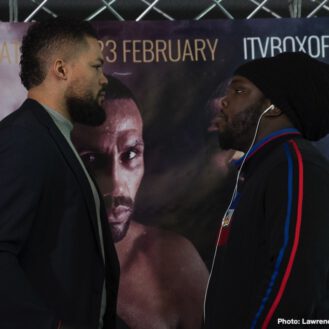 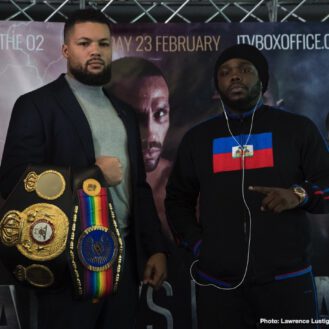 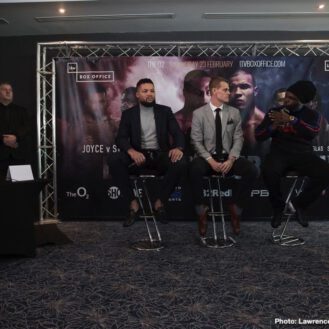 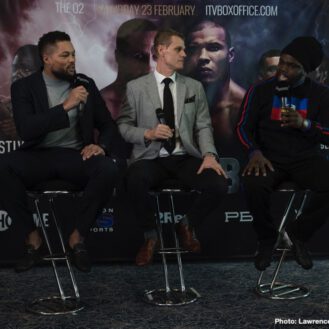 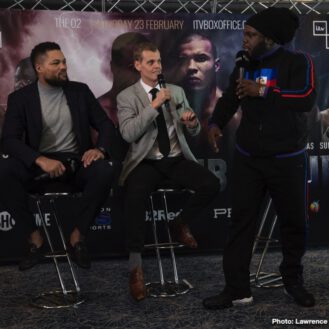 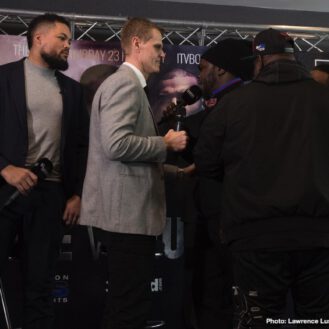 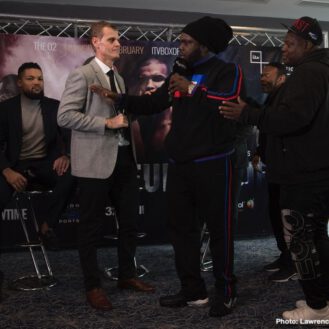 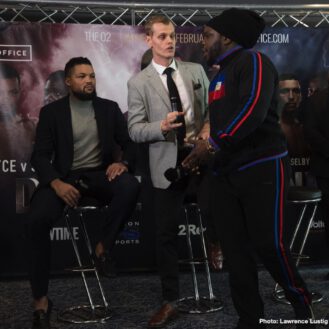 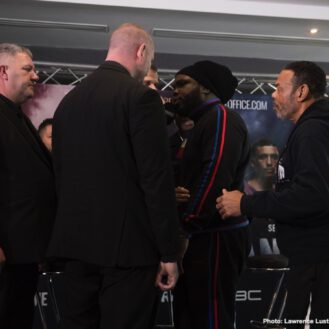