In a sign of how big the upcoming “Legacy Fight” between Conor Benn and Chris Eubank Jr is here in the UK, the two rivals appeared on TV show “Good Morning Britain” earlier today; the show watched by millions each day. As was the case when Nigel Benn and Chris Eubank Sr fought back in the 1990s, the next generation rivalry has gone mainstream, with casuals, even non-boxing fans interested to see what happens on October 8th.

The big talking point, or one of them, has of course been the weight the fight will be fought at – a catch-weigh of 157 pounds. Benn will be going up ten pounds, Eubank will be cutting weight like he never has before in order to drop down three pounds. Three pounds may not sound like much, but to a fighter who has operated as high as 168 pounds, and has not weighed below 160 since he was a teenager, it could be a big deal indeed. 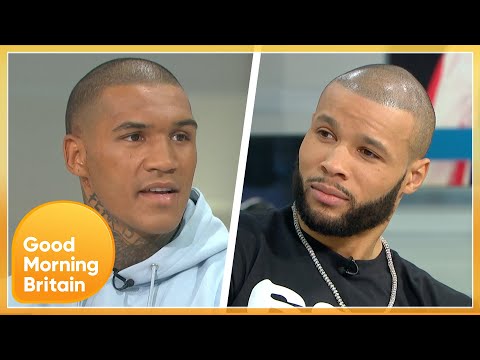 As fans know, Chris Eubank Sr does not want his son to fight at 157, fearing as he is for his health and safety. And other pundits and fellow fighters have expressed their concerns about the weight cut Eubank Jr will be making. Yet today, Eubank Jr said again that he has no real concerns, that even at 60 percent he will have enough to beat Benn. Yet minutes later, Eubank stated how there is “huge pressure” on him for this fight. Eubank has again vowed to retire should he lose the fight.

“I wouldn’t say [I’ve made big changes to make the weight]. I’m doing everything on my own accord,” Eubank said. “I’ve had my burgers and my birthday cakes, and I’ve done everything my own way. I’m a professional, but I also know what my body can do and what it can’t do. I don’t need nutritionists and gym guys who think they know what they’re doing. I know my own body. There’s a huge amount of pressure on me for this fight, absolutely. This is the first time I’ve ever said this throughout my entire career: if I lose this fight, I retire.”

Eubank added how he “loves fighting” and doesn’t want to retire, yet he says he “can’t challenge for world titles with a loss to Conor Benn.” Benn, laughing at some of the things Eubank had to say, made a vow of his own: to score a KO win.

Fans seem to be split down the middle when picking a winner here. Will Eubank be weakened having made 157? Will Benn be able to carry his power up with him? Will this one live up to the hype? We are just over a week away from getting answers to these and more questions. 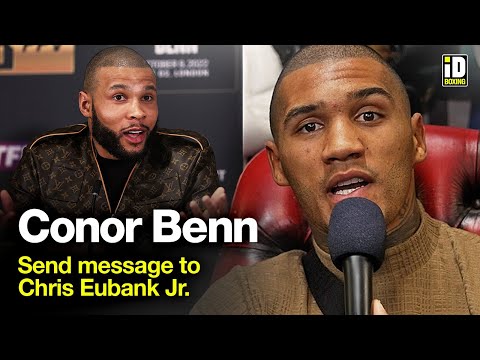