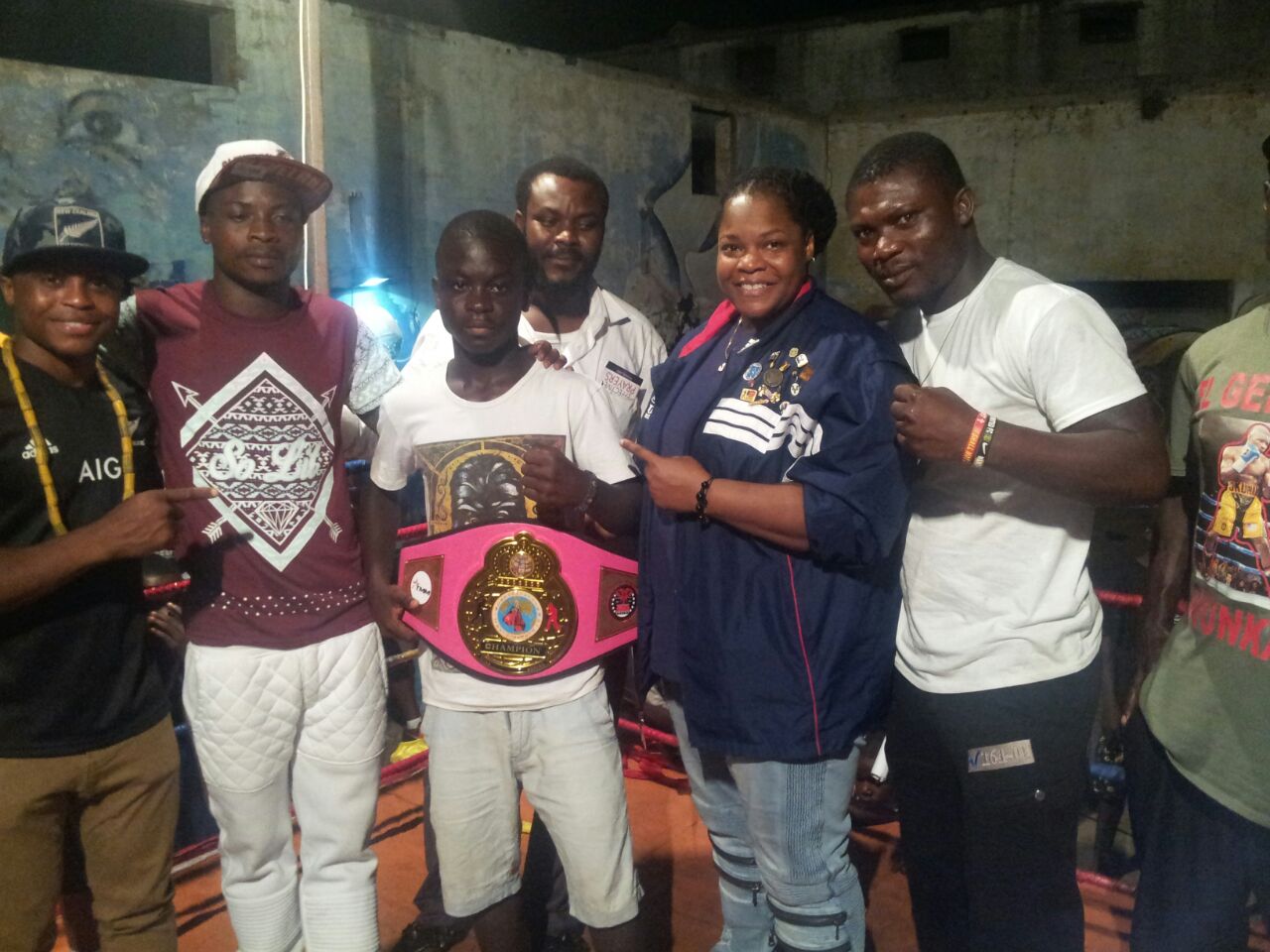 The show was put together by Addotei’s TMM Promotions in partnership with some foreign partners, one of who was present at last Friday’s show, Devonne Canady, a former US amateur heavyweight champion now head of EIR Urban Youth and Boss Lady Promotions based in New Haven, Connecticut, USA.

“It was hugely successful and we thank the champ Azumah for his presence and the other boxers too we appreciate every thing. My partner was highly impressed with the boxers too and we have decided to do this every two months and already fixed Ghana’s 60th Independence Day anniversary, March 6 for our next show,” Emmanuel Addo AKA Money Mosquito said.

Already Eye Radio has come on board as a media partner and donated Gh¢500 (five hundred Ghana Cedis) which was presented to the family of the late Godwin Dzani Kotey famously nicknamed Coach Alloway who died at the beginning of last year. The renowned Alloway who among them was coach of former world champion, Joshua Clottey and President of the United Boxing Coaches Association citation of Ghana was also presented an award as the country’s greatest boxing trainer of all time.

In the event, Daniel Gorsh emerged the star of the show after defeating Rexford Lartey 2-1 in their Light Flyweight contest and was awarded best boxer of the night.

Oliver Duffy was also a winner, 3-0 over Eric Ametsikor in a lightweight contest, the same division at which Enoch Tetteh beat Seidu Yusuf 2-1 whilst Jerry Lartey of Ghana beat Samuel Damilare of Nigeria 2-1 and Badmus Idris, also of Nigeria edged Ghana’s Daniel Amarteifio 2-1, all at lightweight.

Rounding up the fight results were Ahmed Abdullah who defeated Issah Inusah 2-1 at Light heavyweight and Yaw Addo unanimously defeated Holy Dogbetor 3-0 whilst Trudy Manteaw was declared a 2-1 winner over Rachael Tagoe and Leticia Amanua Ankrah also overcame Lydia Ayeley Hammond 2-1 (Light Flyweight) in the only female bouts on the night.