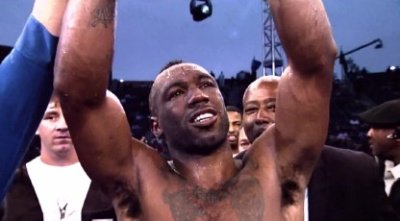 #7 WBA Trout wants to get back in with the big names in the division like Erislandy Lara and Saul “Canelo” Alvarez after losing to both of them last year in 12 round decision losses, but he’s going to need to get past Dawson before he can even start to talk about wanting to get either of them back in the ring again.

Canelo is probably a fight that Trout will never get again no matter what he accomplishes with his career. The fact is he gave Canelo too hard of a fight last year in April, and he arguably beat him. Golden Boy Promotions likely won’t let Canelo fight Trout again just as we probably won’t see Lara getting another shot against Canelo again either.

Trout, 28, has said repeatedly that we’re going to see the “old Austin Trout” in his fight against Dawson. He believes that he’s going to look the way he did before his recent defeats.

It’s possible that he might be able to do that, but it’s going to be tough on Trout because Dawson is going to be head-hunting tonight and looking to drop Trout the way that Canelo and Lara did with head shots.

Those guys were able to hurt Trout with good shots, and get him to back off. Once Trout was knocked down, he was a much different fighter with him focusing more on just throwing jabs rather than power shots. If all Dawson has to worry about tonight is Trout throwing jabs, then he has a good shot at winning the fight. Dawson needs to walk Trout down and test his chin in each round. If he can hurt him, he’ll increase his chances of winning the fight.