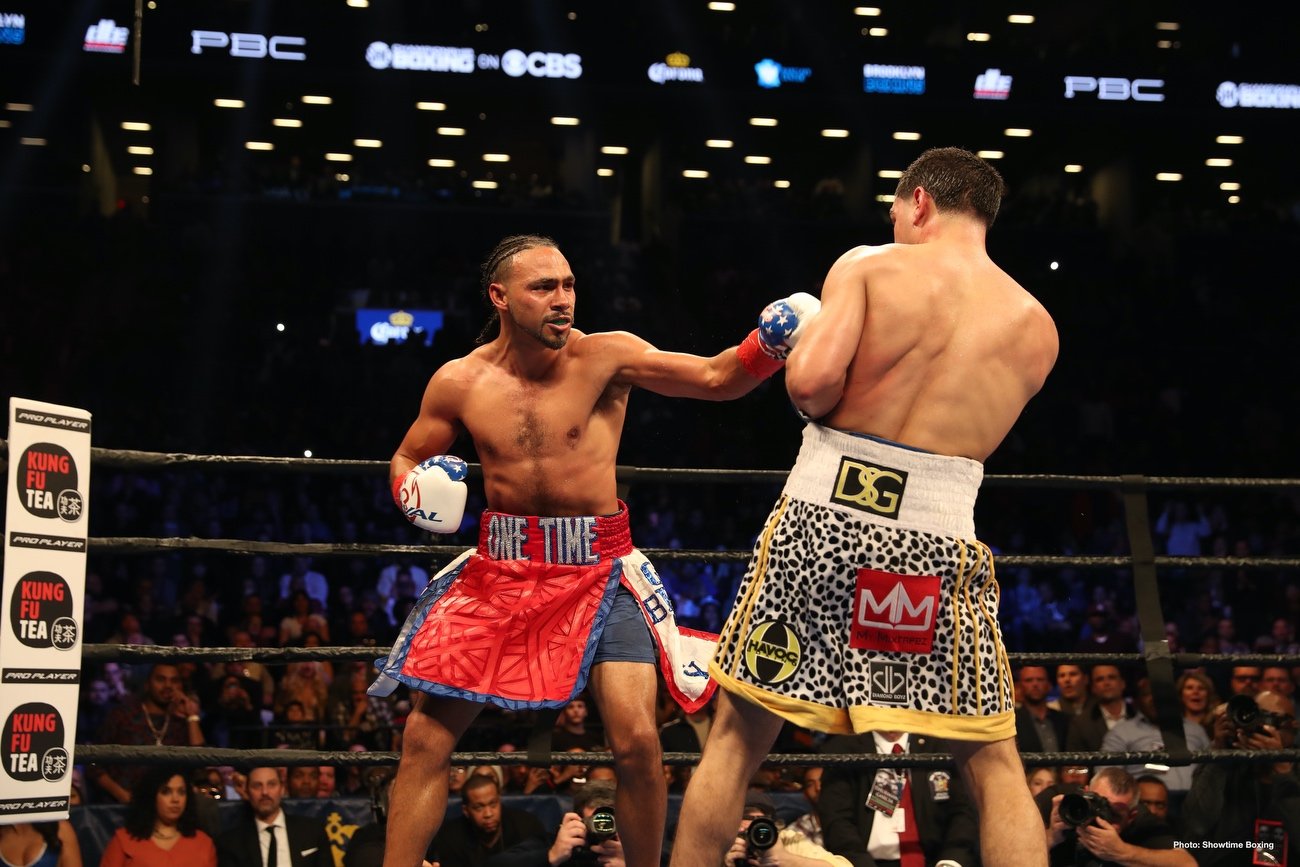 Promoter Bob Arum doesn’t understand where Keith Thurman is coming from with him calling him ‘cheap’ and saying that he can’t afford to pay him his asking price to challenge Terence Crawford for his WBO welterweight title.

Arum says he’s not going to go into his Top Rank company’s resources to pay a fighter like Thurman (29-1, 22 KOs) more than a fight is worth.

Thurman rumored to have wanted $10 million originally for ta fight against Crawford (37-0, 28 KOs), but he later said he would take less than what.

But Arum said that he couldn’t even half of that amount to pay the former WBA/WBC welterweight champion ‘One Time’ Thurman, which suggests that he doesn’t see the fight as big enough to support that kind of a purse for him.

It’s understandable where Arum is coming from, as Thurman’s career is tanking badly since his fight with Danny Garcia in 2017.

Thurman has fought twice since then, struggling to beat fringe contender Josesito Lopez in early 2019 and then losing to 41-year-old Manny Pacquiao in July of that year.

“Yeah, I saw that. What the hell is he talking about that I’m being cheap,” said Arum to iFL TV about Keith Thurman calling him cheap. 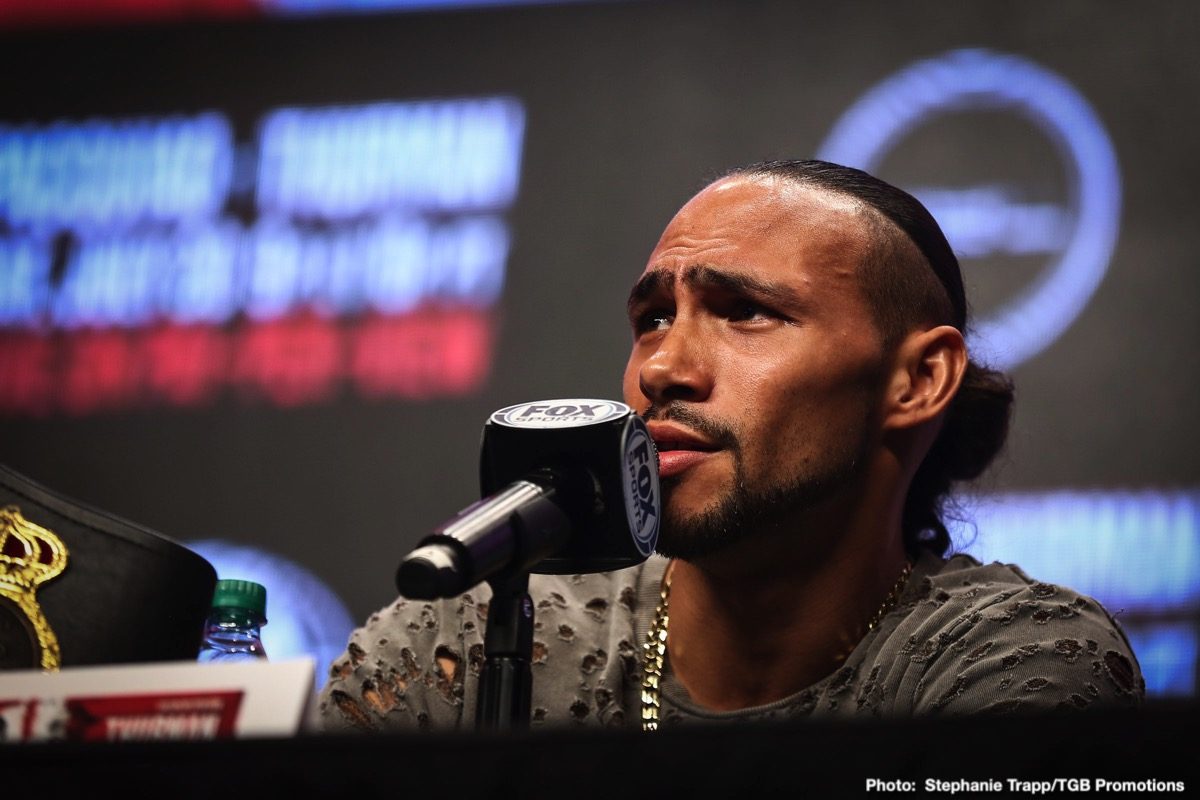 “I’ve been in this boxing business for many years, and there were fighters that always said that promoters like myself and particularly [Don] King that it was not fair that there was a pie and we were getting this percentage.

“They said we should be getting a smaller percentage. That was one thing, that was the normal argument. Are we as a promoter taking too big of a share?

“That’s legitimate, that makes sense. But it doesn’t make sense to say to a promoter, ‘We know it’s a pandemic, we know there’s a limited amount of money, but go into your own pocket and pay me what I want to get paid,'” said Arum.

“For Christ’s sake, there has to be some kind of business element. I would say to Thurman, ‘Hey, have someone else promote the fight, let them lose money, and I promise I’ll buy a ringside ticket to see the fight,'” said Arum.

Thurman seems to be going by the belief that a fight between him and Crawford, 33, would bring in enough pay-per-view buys to cover his purse requirements.

He’d likely want just as much money if not more than Thurman. Top Rank could lose a fortune if the Crawford vs. Thurman fight fails to bring in many buys on PPV.

Crawford doesn’t have a track record as a pay-per-view, and that’s a big problem. In his two fights on pay-per-view against Amir Khan and Viktor Postol, they failed to bring in big numbers.

“We have really, like other promoters, suffered during this pandemic without a revenue stream of a live gate, without the United States, the pay-per-view is limited because people like to do it and make parties,” Arum said. 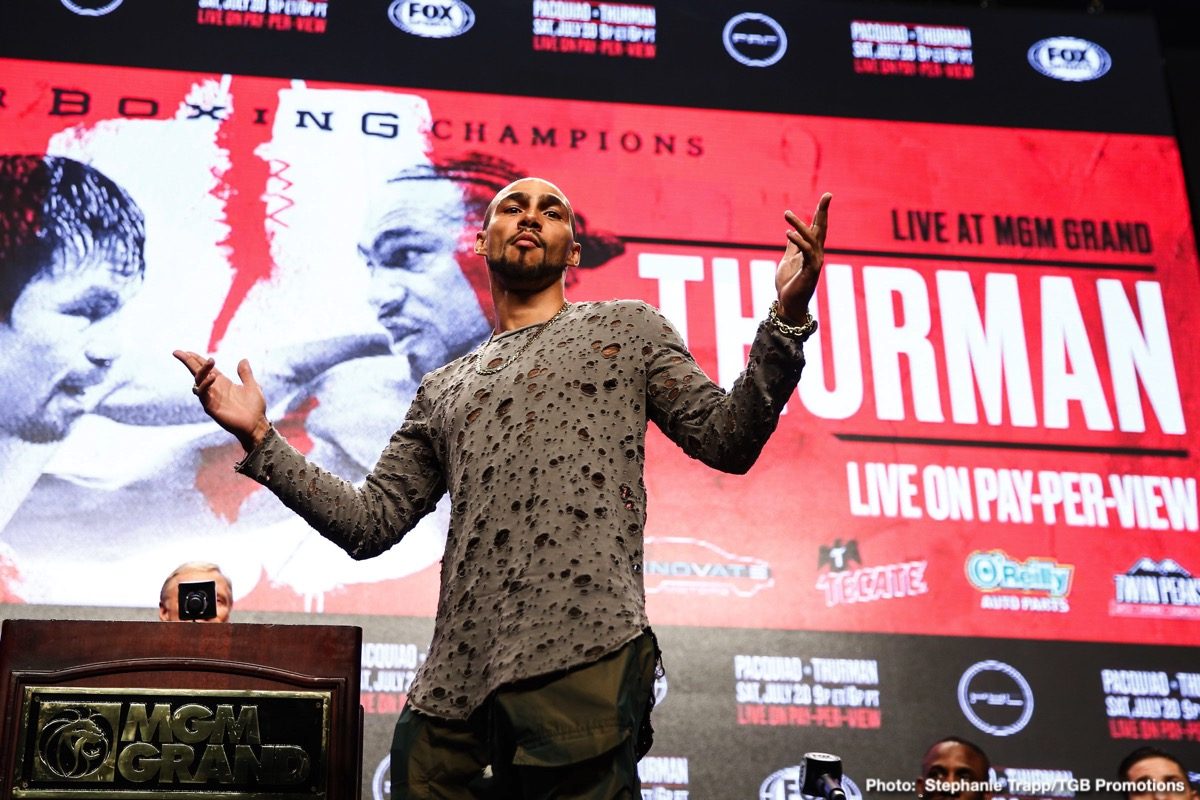 “You can’t do closed circuit in bars and restaurants, but we’ve done it, and we’ve lost money doing it, but it was under control.

“But I am not going into our [Top Rank] resources and pay a fighter a lot more money that is available in a particular fight. If he said to me, ‘You got to get this money and the fighters should get all of it because there’s a pandemic and you’re not entitled to get it.’

“I take a little umbrage on that and I would accept it. But don’t tell me I got to do the fight and go into my pockets for millions of dollars to make the fight happen. Why? What’s the reasons for that? It makes no sense,” said Arum.

The fact that Thurman is on the downside of his career, no longer a world champion, and fighting infrequently, a match between and Crawford would be doomed on pay-per-view.

Thurman appears to be looking to cash out with title shots that he doesn’t deserve one after another. He’s been sitting on his backside since losing to Pacquiao in 2019, not lifting a finger to get back into the ring to beat a top contender.

Thurman wants the title shots to come to him in a passive way like gravity, something falling into his lap without him having to work hard for it like normal fighters.

This sense of entitlement is working against Thurman, as he’s already been turned down for a fight against IBF/WBC welterweight champion Errol Spence Jr, and not Arum letting him know that there’s no interest.