Last night’s fight between rival light-heavyweight champions Artur Beterbiev and Oleksandr Gvozdyk delivered as promised, the fight an intense and exciting one all the way. And, boy did Russian Hammer Beterbiev deliver in the biggest, most important fight of his career thus far. In halting the previously unbeaten Gvozdyk in a thrilling tenth-round, Beterbiev now has every right to call himself the best 175 pounder on the planet. It’s now up to another fighter – maybe a Dmitry Bivol, a Sergey Kovalev or a Canelo Alvarez – to prove otherwise.

For now, Beterbiev, 15-0(15) can look forward to plotting the biggest and best fights he can. At age 34, Beterbiev now has to make the most of the remaining years he has at elite level. And the new WBC/IBF champ might have quite a few good years ahead of him; certainly he has not shown any obvious weaknesses in any of his fights – least of all during last night’s fight. Sure, Beterbiev has been caught with a shot and sent down in the early going of a fight – he is human after all – but the Russian tank has always proven too strong, too powerful and too good for his opponents.

The word according to promoter Bob Arum, is that Beterbiev’s next fight will see him fulfill his IBF mandatory requirement and that he will fight Meng Fanlong. Boxing writer Mike Coppinger reports that this fight could take place in China. Former Olympian Fenlong, a southpaw, is currently 16-0 (10) and he is a big star in his home country. The 31 year old has boxed a number of his fights at home in China but Fenlong has also fought in the U.S as well as in Monte Carlo. Last time out in November, Fenlong won a fifth-round TKO over British warrior Frank Buglioni. How good is Fenlong? Not good enough for the majority of fans to be willing to pick him to beat Beterbiev, unfortunately for him.

Beterbiev deserves bigger and more exciting fights but he has no choice apart from giving up his IBF belt. Fans of course want to see a full unification of the 175 pound belts, and that would mean Beterbiev getting in there with Bivol and the the winner of the November 2 Kovalev-Canelo clash. There is no doubt Beterbiev would be as willing as can be to fight either man.

For now, after having had a pretty average year that has now been made something special with the Gvodyk win, Beterbiev can look forward to a bigger 2020. If he can get the fights he needs, wants and deserves. 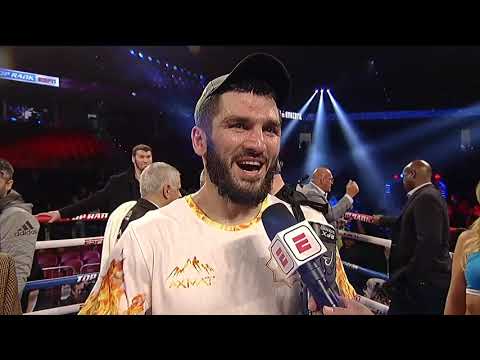