Unbeaten IBF, WBC & WBO light heavyweight champion Artur Beterbiev (18-0, 18 KOs) will be on the road to defend his three titles against Anthony Yarde (23-2, 22 KOs) on January 28th live on ESPN+ and BT Sport at the OVO Arena in London, England.

Beterbiev needs to get Yarde, his WBO mandatory, out of the way for him to get to the mouth-watering clash against WBA 175-lb champion Dmitry Bivol.

This isn’t a putdown of the 31-year-old Yarde, but he’s NOT the fight that boxing fans want to see. Yarde is someone that Beterbiev needs to get rid of so he can get to the fight that the boxing world wants to see between him and the unbeaten Bivol (21-0, 11 KOs).

Anthony Yarde is extremely confident, but he’s never mixed it with anyone on Beterbiev’s level. This fight will likely end early, with Beterbiev destroying Yarde in front of his British fans on January 28th. It’ll be interesting if Bivol is there, so he can come into the ring after and start promoting his fight with Beterbiev straightaway.

“I look forward to fighting in London for the first time since the Olympics,” IBF/WBC/WBO light heavyweight champion Artur Beterbiev said about his title defense on January 28th against Yarde.

“Yarde called me ‘slow’ after my fight with Joe Smith Jr., but slow and steady wins the race. And on January 28, I will win in London.”

What Artur Beterbiev lacks in hand speed, he makes up for with his power and excellent timing. Yarde will be in trouble on the night unless his punch resistance has improved since he was knocked out by former WBO 175-lb champion Sergey Kovalev in 2019.

“January 28th at the Wembley Arena, the same venue where I started my professional career,” said Anthony Yarde to Queensbury about his title fight against IBF, WBC & WBO light heavyweight champion Artur Beterbiev on January 28th at the OVO Arena in London, England.

“I feel like it was meant to be. It’s three belts. I’m ready, and I’m excited. A fight like this, if I win it, wow. It’s moments like this that motivate me.”

Earlier tonight, Yarde stopped Stefani Koykov (14-2, 12 KOs) in the third round at the Telford International Centre, Telford, England. Koykov isn’t a top guy at 175. He was brought in as a tune-up for Yarde. 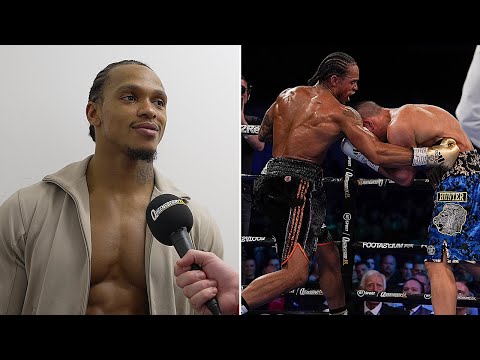