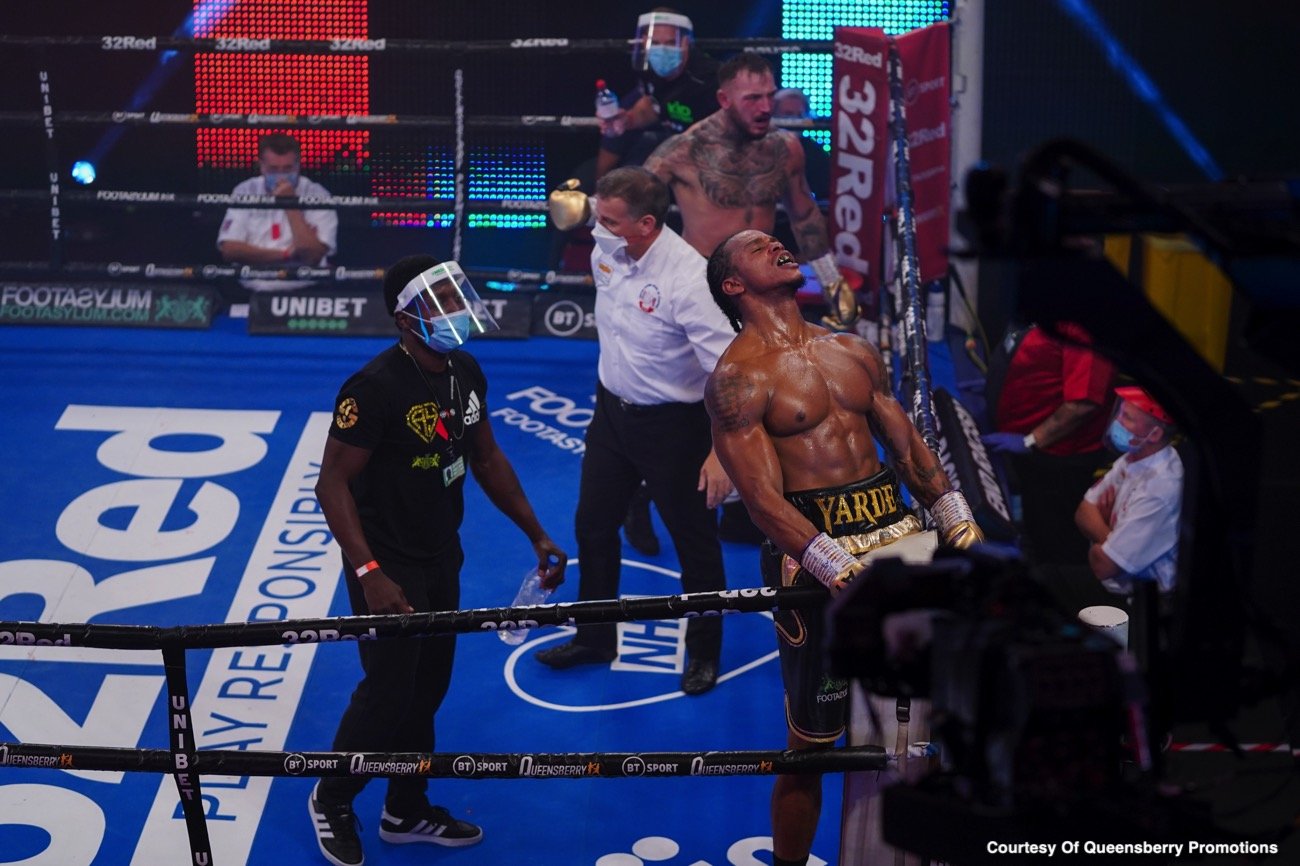 Last night at York Hall in London, Anthony Yarde got back in the ring after having overcome some awful personal tragedy (the deaths of his father and grandmother to COVID-19) and the light-heavyweight contender looked good in becoming the first man to stop countryman Dec Spelman. Yarde, best known to fight fans for his gutsy effort against Sergey Kovalev, where he was winning the fight last August, only to be stopped late, took Spelman out in the sixth round.

Yarde, who will now likely fight reigning Commonwealth 175 pound champ Lyndon Arthur (on the under-card of the highly anticipated heavyweight battle between Daniel Dubois and Joe Joyce; this fight set for October but perhaps to be moved yet again), was patient in stopping Spelman. Now 20-1(19), Yarde busted Spelman up and dropped him in the sixth. Spelman got up but was soon stopped by the ref. Spelman, who was angry at the stoppage, falls to 16-5(8). 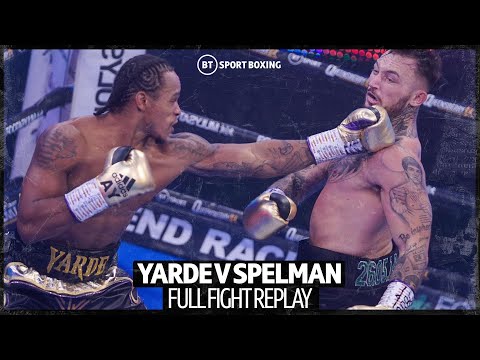 Yarde may get in there with fellow Londoner Anthony Buatsi in the future, this being a fight that has been spoken of for some time. Both men are big punchers and it would no doubt result in an exciting fight. However, it may make more sense when one or both of them has managed to win a major title first. For now, 29 year old Yarde is happy to have been back in the ring for the first time since February.

“This win meant a lot,” a victorious Yarde said. “I was sharp. It’s all about experience. As everyone knows, I’ve had 12 amateur fights. This was my first 21st pro fight, but I’m still inexperienced. I’ve knocked out a lot of my opponents. It’s not the fact I was looking to go longer in this fight, it’s about being patient, looking for my shots. I’m just going through the gears.”

But can Yarde go through the gears and defeat the 17-0 Arthur? The 29 year old from Manchester will be making his second title defence against Yarde. This one could prove to be a great supporting bout.