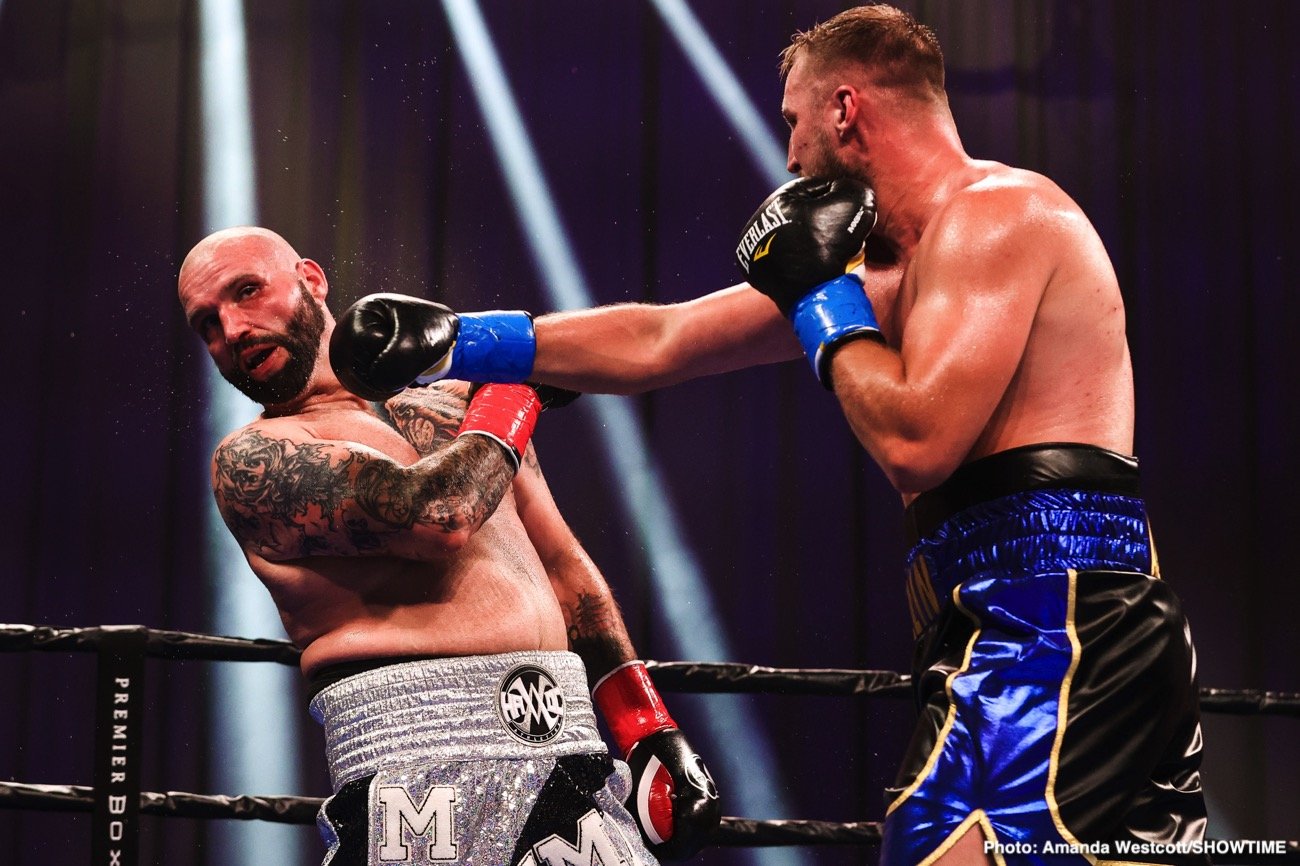 Otto Wallin bounced back from both a bout with COVID-19 and his loss to Tyson Fury last night, with a retirement win over long-time contender Travis Kauffman. The tall Swedish southpaw was in command of the fight before Kauffman, despite his best efforts, was stopped on a shoulder injury in the fifth round. Kauffman, who had to deal with being struck down by the coronavirus himself before last night’s fight, had hoped to dedicate his win to the memory of his trainer Naazim Richardson, who passed away a short while ago.

Instead, it was Wallin’s night and the 29-year-old is now 21-1(14), the sole loss coming against Fury in a far tougher fight for Fury than anyone had anticipated. 34-year-old Kauffman, who announced his retirement immediately after last night’s defeat, goes out with a 32-4(23) record. We wish him well in his retirement.

So what next for Wallin? The Swede showed the world what he’s made of in the September 2019 points loss to Fury; a fight that saw Fury suffer one of the worst cuts of recent years. Wallin has a fine jab, good stamina, he has decent speed and if needed he can fight dirty. Wallin is certain there is far more to come from him, that the performance he gave in the Fury fight was just a glimpse of what he can do. Who should Wallin fight next?

A fight with fellow southpaw Luis Ortiz would prove extremely interesting, as would a Wallin-Adam Kownacki match-up, or maybe Wallin against Charles Martin.

Hopefully, whoever he winds up fighting next, Wallin will keep busy. Wallin’s main goal is a return chance against Fury but that seems unlikely to happen any time soon, what with Fury having that third fight with Deontay Wilder to deal with and then either a defence against Dillian Whyte or a monster fight with Anthony Joshua. But Wallin has made it clear he isn’t going anywhere. Wallin looked good last night, against a game and experienced foe.