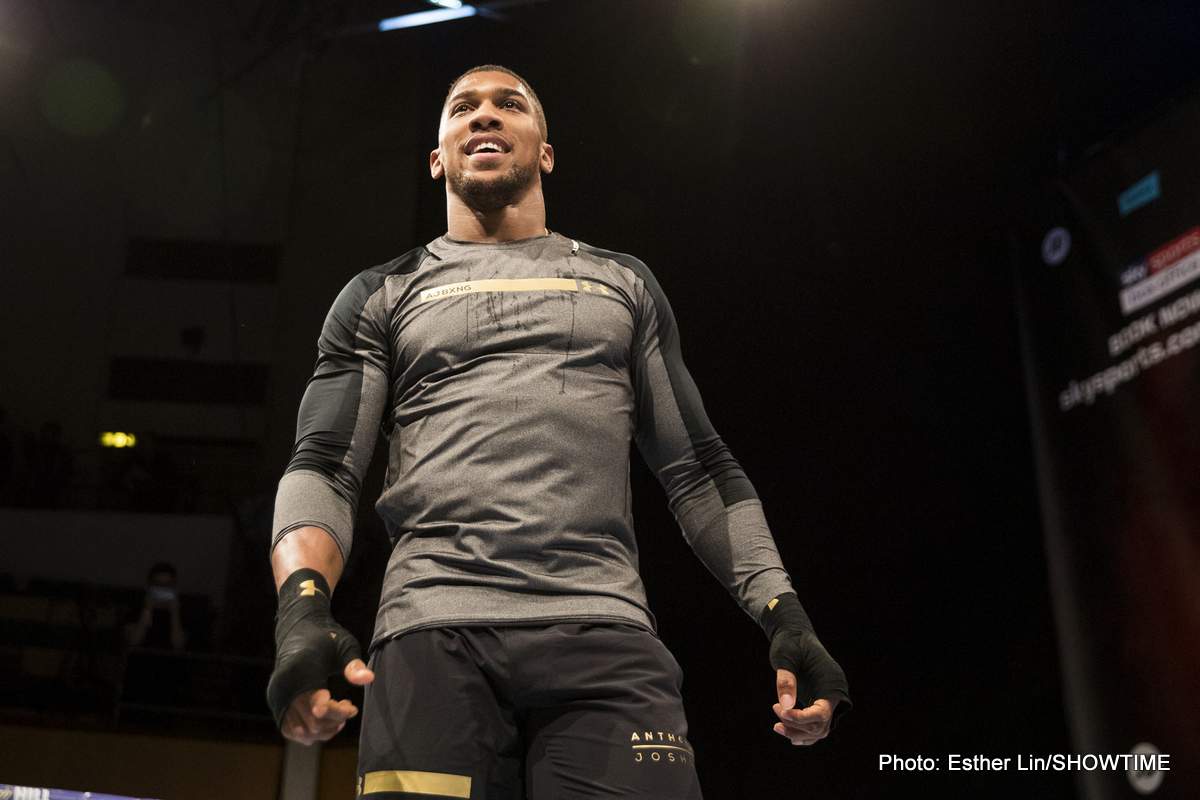 World heavyweight champion Anthony Joshua will fight on Sky Sports Box Office for at least another three years after signing a new deal with promoter Matchroom.

The new deal will include a minimum of Joshua’s next five fights, starting with his next bout against Russian brawler Alexander Povetkin at Wembley Stadium on 22 September.

The Sky Ambassador currently holds the WBA, WBO, IBF and IBO world heavyweight titles with a perfect record of 21 wins from 21 fights. His last bout saw him defeat New Zealand’s Joseph Parker in front of a sell-out crowd at The Principality Stadium in Cardiff on 31 March.

Joshua is one of the sport’s most feared fighters, with 20 of his 21 fights decided inside the distance. Sky Sports has shown all 21 of his bouts including his unforgettable knock-out of Wladimir Klitschko at Wembley Stadium and his action-packed fight with fellow Londoner Dillian Whyte.

Anthony Joshua, unified world heavyweight champion, said: “When I decided to become a professional boxer I felt the boxing market was stagnating and in need of new energy. Both Matchroom and Sky have backed me and have given me opportunity after opportunity and I will always deliver. They’ve worked very hard to give me a platform to showcase my skills and tell my story, so choosing to renew our deal was always a matter of when, not if. We have created history together and we are dedicated to keeping the UK scene in high demand for all boxers and boxing fans, but for me personally, the journey is nowhere near finished yet.”

Barney Francis, Sky Sports Managing Director, said: ‘It’s great news for Sky Sports viewers that Anthony Joshua will continue his relationship with us into the next decade. Since AJ turned professional with Matchroom on Sky five years ago, we have been there every step of the way. He is a real people’s champion and a superb role model for British and global sport.

“Last year, he took part in one of the greatest heavyweight fights of the modern era, and fans can now look to more drama and more huge nights on Sky Sports Box Office.”

Eddie Hearn, Matchroom Managing Director, added: “I am delighted to extend our promotional agreement with Anthony and also extend his relationship with Sky Sports. Anthony is a huge part of the Matchroom family and we have been with him from the debut to unifying the World heavyweight titles. He is the biggest star in the sport and we look forward to more success, more iconic nights and seeing him become undisputed Heavyweight champion.”

The next Sky Sports Box Office fight is live on 28 July with the heavyweight clash between two former opponents of Joshua, Dillian Whyte and Joseph Parker, headlining another big night at London’s O2 arena, with the winner sure to have his sights set on another shot at the heavyweight title.

Sky Sports viewers can enjoy a range of boxing programming across both TV channels and digital platforms including pre-fight build ups and behind the scenes access ahead of the world’s biggest fights.