While Anthony Joshua had made it clear that it’s all about his next fight and Oleksandr Usyk, he is also looking ahead. Speaking with Sky Sports, the WBA/IBF/WBO heavyweight champ said he wants to “fight for legacy” and that he is looking at fighting another big name after he faces Usyk, his WBO mandatory (who Joshua is, of course, confident he will defeat on September 25).

In fact, AJ has listed five names, each of whom he suggests is a possible next opponent/challenger: Tyson Fury, Deontay Wilder, Dillian Whyte, Andy Ruiz, and Luis Ortiz.

“The most important fight for me is the next one, but you have to have a vision of where you want to get to,” Joshua said. “I have to stay consistent and stay ready. Once I fight Usyk, who knows what will happen next?

Will I fight Fury, Wilder, Dillian Whyte, Andy Ruiz, Luis Ortiz? I have to stay on track and ready for each fight but have a long-term plan. It’s about the belts, not the person; I don’t mind who it is. I want to fight for legacy.”

Obviously, the big one we all want is Joshua Vs. Fury (or Joshua Vs. Wilder if Wilder can turn the tables on Fury in their scheduled October 9 three-match). But what if that super-fight cannot be made, either at all or if not next? Eddie Hearn suggests the fight to be made would be Joshua-Dillian Whyte II. 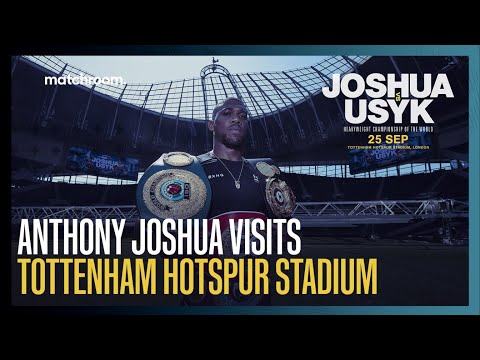 Whyte is certainly deserving of a world title opportunity; he’s been waiting long enough. And the first fight between AJ and Whyte was a great action affair.

Do we want to see a Joshua-Ruiz III? Maybe, maybe not. But Ruiz surely has to earn another shot at the title (we haven’t forgotten, or forgiven, Ruiz’s truly disgraceful effort against Joshua in their second fight, not yet).

Ortiz is old as dirt, yet he is dangerous, and he, too, has been calling out Joshua. But what would Joshua gain from that fight? If he were to win, the critics would point to Ortiz’s age. If Joshua were to lose, well, that would be catastrophic.

As AJ says, Usyk has to be dealt with first, but then, if he does fight one of the five names he has mentioned, we can look forward to another big Anthony Joshua fight.

No one can deny the fact that Joshua wants to fight the best. The one big criticism a good many fans do have of AJ, however, is that he just doesn’t fight often enough. One fight a year is not enough. Let’s hope Joshua can get in two fights in 2022.