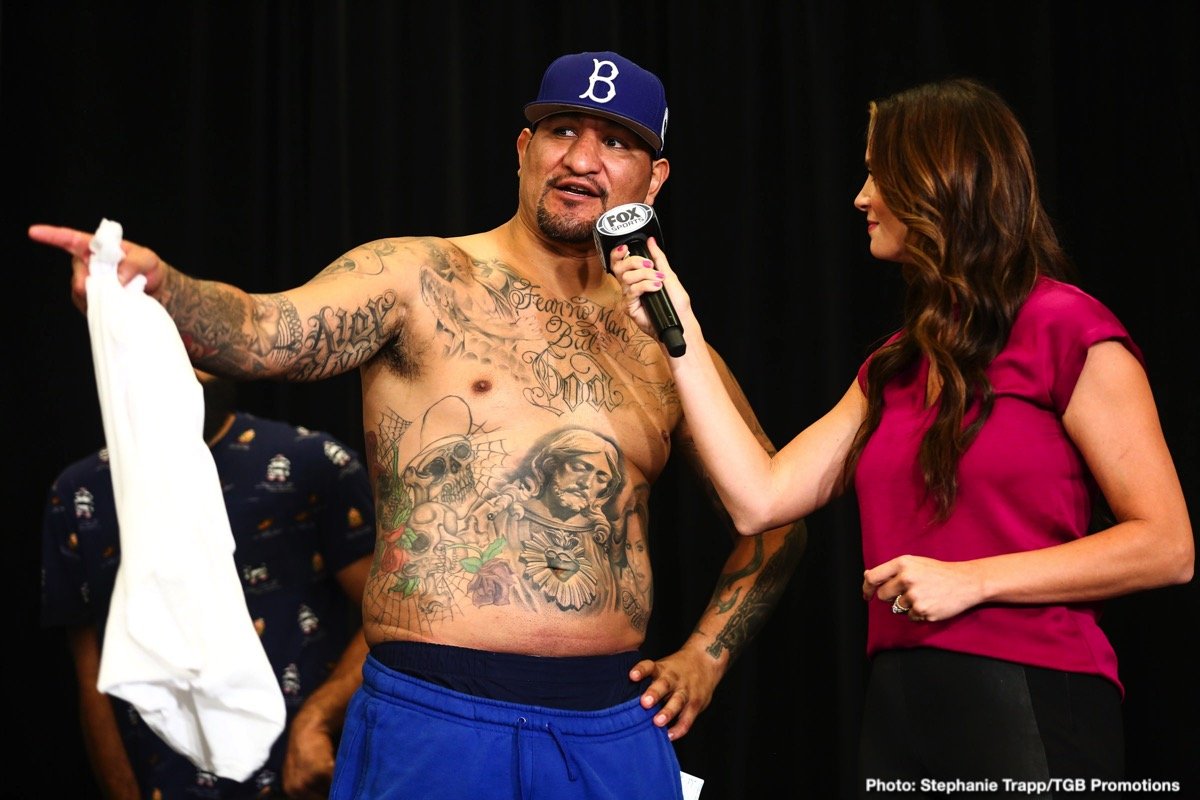 Long-time heavyweight contender and three-time world title challenger Chris Arreola has confirmed to Sky Sports how he and former heavyweight champ Andy Ruiz are in talks for a fight and that these talks are “looking very good.” Arreola, now aged 39 and last seen going to war over 12 thrilling rounds with a then unbeaten Adam Kownacki, says a fight between him and his fellow Mexican-American would result in nothing but an exciting affair.

“Yes, actually there’s been a couple of talks [about the Ruiz fight], but I’m not at liberty of saying anything right now,” Arreola said. “But they are looking fairly good. Looking very good. I’m actually very excited about that fight. I think that’s the one fight that looks promising for myself. If that fight doesn’t come around, then you know, I’m okay with staying at home.

‘But that’s the only fight that’s very enticing, not only to myself, also for the boxing fans. I think the boxing fans will love a boxing fight with two Mexican heavyweights that are going at it. We all know what Mexican fighters bring to the table. They bring non-stop excitement. We just come forward and we just love to fight.

“I think it will be a great fight between me and Andy.”

Indeed. If both guys are in top shape (yes, the critics will insert a quip here, stating how neither guy has EVER been in top shape) and if both warriors give it their all, this fight would/will be a can’t-miss action fight. But how much has Arreola, 38-6-1(33) got left?

Was the August 2019 slugfest with Kownacki his last great fight/effort? If Arreola has another run like that one left inside of him, Ruiz had better make damned sure he’s trained hard ahead of fighting him. If Ruiz, 33-2(22) shows up out of condition, he may well get a nasty shock.

This fight has not been made official yet, but it sounds from the way Arreola was talking with Sky Sports that it is on the way. And what a fun fight it could prove to be. We all know how special the fight is whenever two Mexicans rumble…