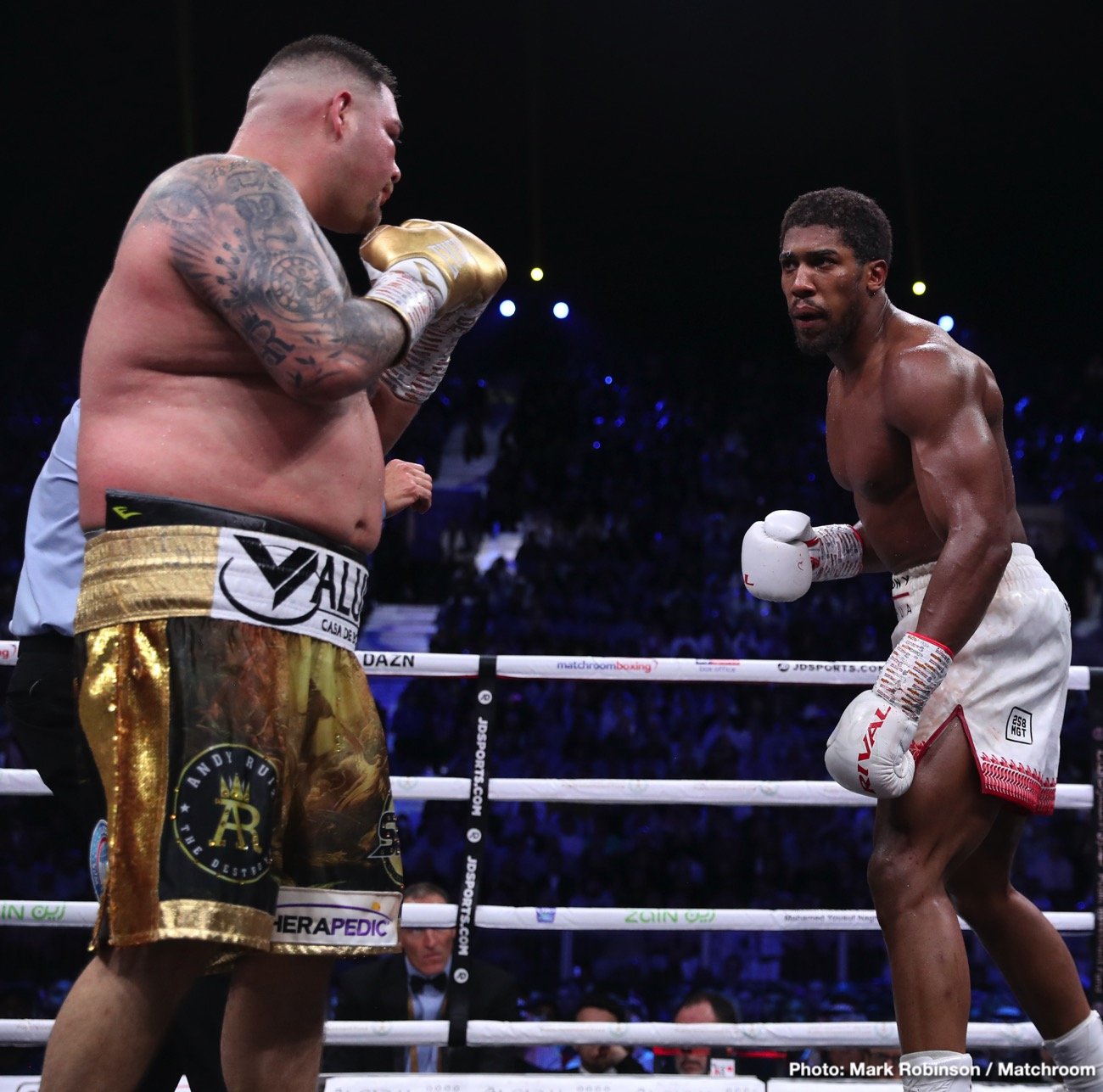 Former heavyweight champ Andy Ruiz has issued a written statement via social media. Almost a full week on from his disappointing effort against Anthony Joshua in their massive return fight (Ruiz really being disappointing in terms of his physical condition/appearance), Ruiz has vowed to come back stronger, to become world champion again:

But are you ready and willing to listen to what Ruiz is saying? Are you prepared to give the man who came in at an unsightly 283 pounds – this for the biggest fight of his career at that time – the benefit of the doubt? Imagine, for a minute, there had been social media around in October of 1990, and ask yourself this: would a similar statement from Buster Douglas (who of course had just flopped in even greater fashion than Ruiz did, against Evander Holyfield) have swayed you? Probably not.

But Ruiz isn’t Douglas (and we all know how bad things got for Douglas in the years following his belly-flop against Holyfield; the former champ eating himself into a diabetic coma at one point) and maybe the Mexican-American is made of sterner stuff. Maybe Ruiz, who is still young enough to be able to come again, is stronger mentally than we perhaps give him credit for. Still, it might take quite a bit of effort on the part of Ruiz before his critics, he calls them haters, come around and believe in him.

If Ruiz does get right back in the gym, works as hard as he can, sweats off at least 40 pounds (some would ask for a greater loss of weight) and then fights in, say, March or April and beats a decent top-10 guy and looks good in doing so, THEN we might get behind him. Ruiz has a lot to prove, and he has a lot of questions to answer: is he destined to be known as a one-hit wonder? Is he really, honestly hungry enough to become champion again? At his best, if we will ever actually see it (some fans have expressed their opinion that Ruiz, without all the fat, would actually be a cruiserweight!) can Ruiz beat Deontay Wilder or Tyson Fury?

Two losses do not end a career. Far from it. But the way Ruiz lost, the way he failed to train for the mega-fight, is what makes his job of getting the belts back such a tough one in the eyes of many people. Ruiz is a talented fighter, and he has gifts that are far too enviable to have been squandered the way there were in the months following his stunning upset of Joshua.

Let’s hope Ruiz can indeed make it back. Still, if he fails to shed that excess weight and shows up for his next fight overweight, then forget it.