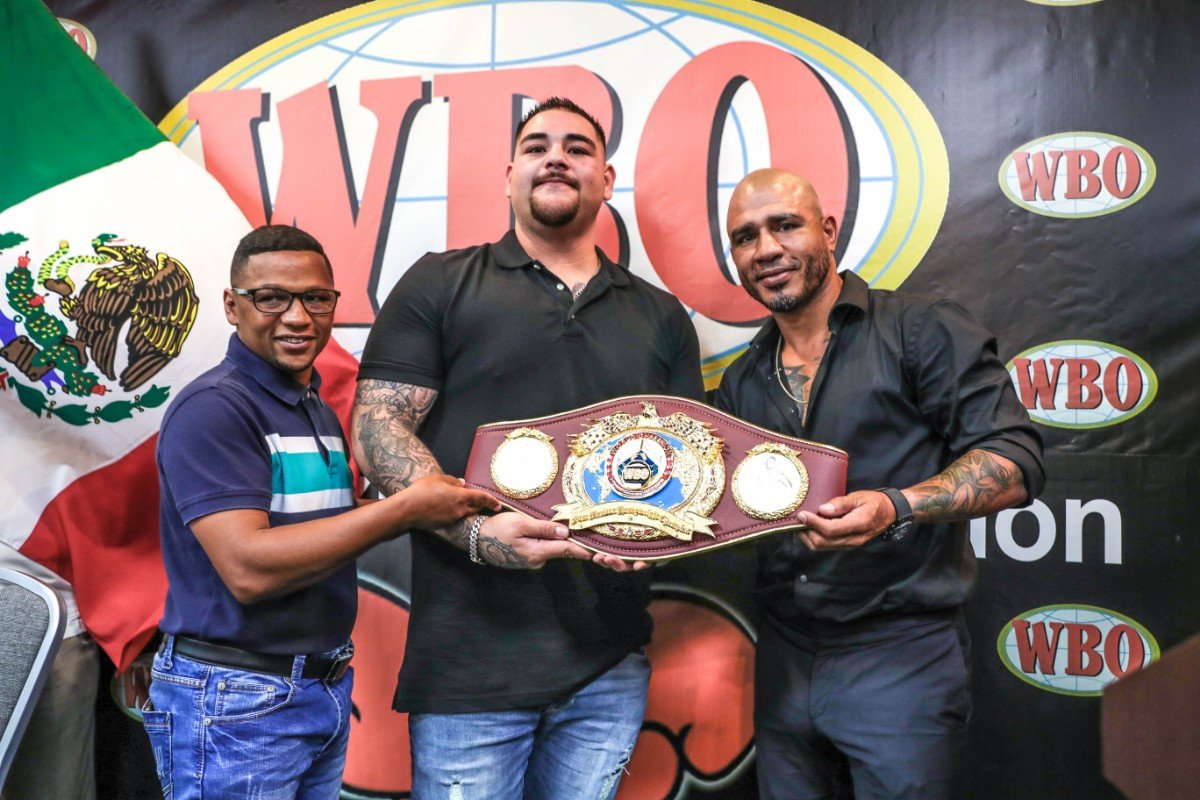 “We are here to pay a well-deserved tribute to Andy Ruiz, Jr. When he fought in Macao, I remember that I saw him chubby and I told that to his promoter at that time Bob Arum and he told me that Andy moves like a featherweight. That fight Andy won in 3 or 4 rounds and after the fight, Andy was very happy in the dressing room with our WBO NABO title. That was the first title he won in professional boxing. Andy always told me with great confidence that he was going to be WBO champion. I noticed that in the fight against Joshua, Andy was very calm and relaxed in his dressing room. He had incredible confidence until he finally won. I was very happy for his victory because he finally made history. Andy is a wonderful person. He has a wonderful personal story that we have been part of and we thank you for that because they are things that only happen once. I think that if someone deserved to be the first Mexican world heavyweight champion, that’s you for the quality of person you have. You are great motivation for many people “, stated WBO President Francisco ‘Paco’ Valcárcel, Esq.

ANDY RUIZ JR:
“Thank you very much to everyone who is supporting me and they came here to support me. Thanks to the WBO for a very wonderful belt, very nice. I battled a lot since I was little kid and to be world champion also with a lot of sacrifice, a lot of training. Many think that I don’t train hard enough, but I train very hard. I’m very happy. Making history for being the first Mexican heavyweight world champion It’s a dream I’ve always wanted since I was a child and now I’ve achieved everything. I’m blessed, thank God for everything and now we are on vacation here in Puerto Rico, thanks to Paco (Valcárcel) and now spending time with the family, and then be ready for the rematch with Joshua. I’m still hungry to have those belts with me. All this is a dream and thanks to all the Latinos who support me. Thank you all”.