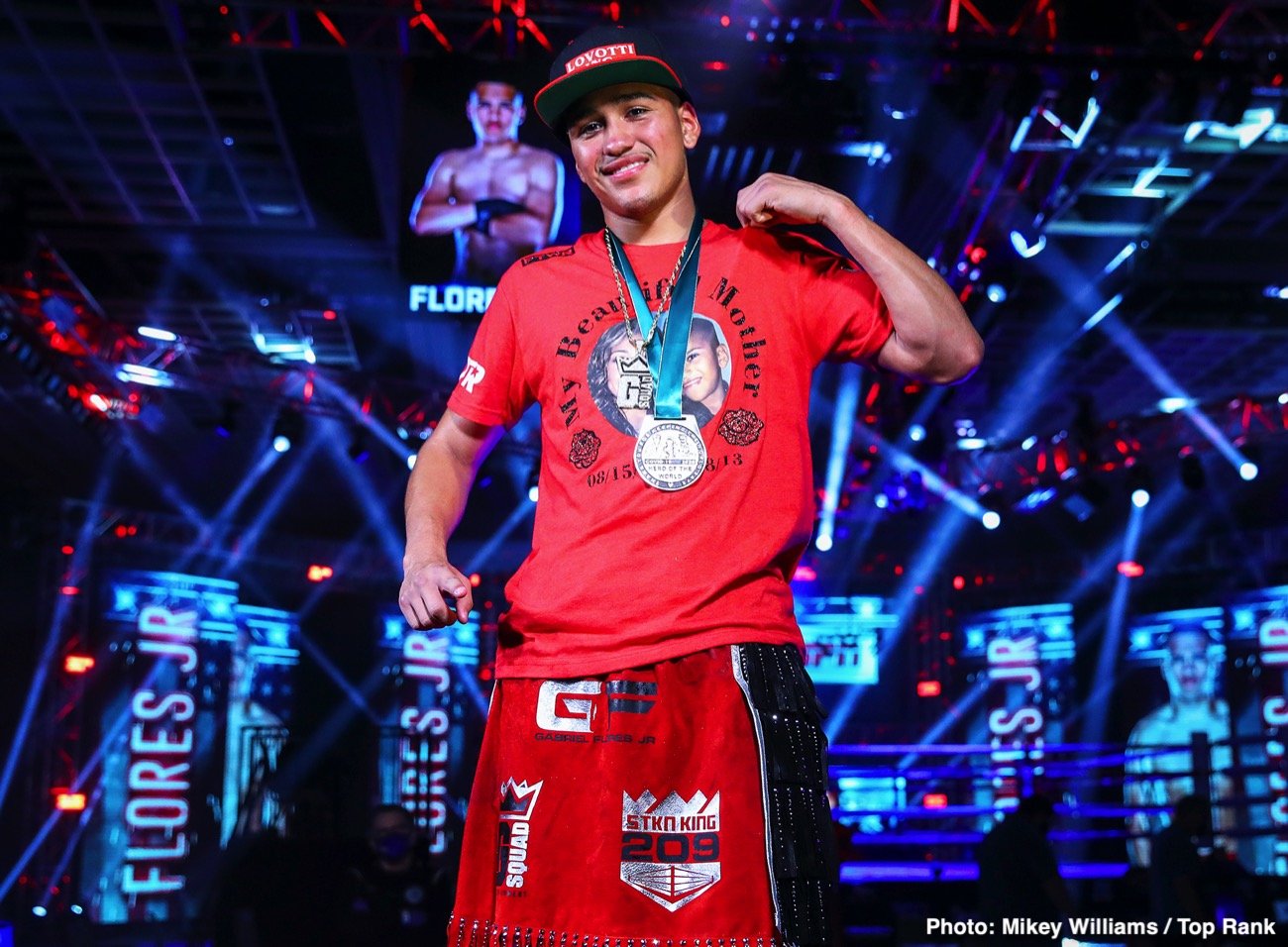 Gabriel Flores Jr has added another member to his illustrious team as this weekend, 2004 Olympic Gold Medalist and two-division world champ, holding world titles across the super middleweight and light heavyweight division, Andre Ward has been brought on as an advisor, for the young boxing sensation.

“This is another step in building the G-Squad empire,” said Flores Jr. about the best super middleweight in boxing history to his team. “I want the best people around me, I am not building a team, we’re building a legacy!”

Flores Jr., one of the best amateurs in U.S. boxing history started the trend of fighters turning professional young, as he turned professional at 17-years-old just days after his birthday in May of 2017.

Two months ago, Flores Jr. signed a managerial pact with boxing royalty, James Prince, who has managed Roy Jones Jr., Floyd Mayweather Jr., and Andre Ward, to name a few. The boxing industry was taken back as Flores Jr. is the first fighter of Mexican descent to sign with the world-renown boxing manager as major media outlets took notice.

“We’re looking to leave a legacy in boxing,” said Gabe Flores Sr., the head coach, and father of Gabriel Flores Jr. “Andre Ward and J Prince bring a lot to the table, and we’re happy to have professional and experienced people involved with guiding my son’s career. Boxing is about having the right people around you and Andre Ward is a positive for any young fighter to be around.”

Ward, a boxing legend, who is rightly considered the best super middleweight of all-time took to Instagram to announce the partnership.

“It takes a strong team to guide a young fighter to the top in this business.” Ward wrote on his Instagram account. “Excited to do my part and help Flores Jr. get there. He’s next up!”

Ward has taken a strong liking to Gabriel Flores Jr, as Ward, who serves as an ESPN broadcaster for Top Rank Inc’s Summer Series, explained that Flores Jr. was the most impressive boxer of the month remarking on his discipline and skill in the ring, which goes well beyond Flores Jr.’s age.

Ward currently works with boxing sensation Shakur Stevenson, who won a world title belt in only thirteen fights and is a 2016 Olympic Silver medalist. It safe to say Ward is only working with the transcendent fighters of this generation.

Gabriel Flores Jr. is currently awaiting his next bout on a Top Rank Inc card.

It Takes A Strong Team To Guide A Young Fighter To The Top In This Business. Excited To Do My Part To Help Flores Jr Get There. He’s Next Up ! @g_squad_nation pic.twitter.com/JEfxsQfjMp