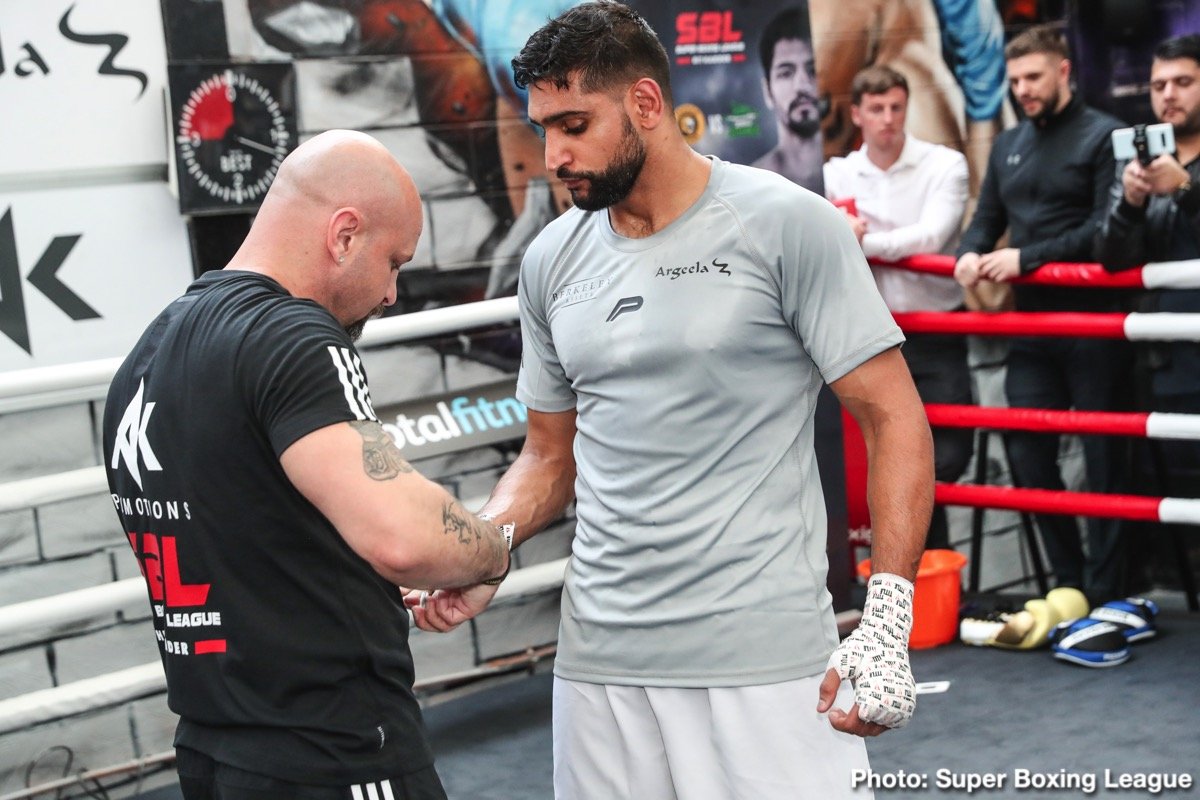 British star and former 140 pound champ Amir Khan has a fight coming up in Saudi Arabia on July 12th, against late sub Billy Dib, yet he hopes to land a much, much bigger fight in the same place on November 9th – against Manny Pacquiao. The two former gym mates have reportedly reached a verbal agreement to fight in Saudi Arabia – for a big pile of cash – and Khan says there must be strict drugs testing in place before the fight.

Khan, as quoted by The Mirror, says that although he has no cause to suspect Pacquiao of “doing anything bad,” he still wants strict testing in force ahead of the fight. Khan also says that even if Pacquiao loses his next fight, with Keith Thurman on July 20 in Las Vegas, Manny “knows he will make big money here,” in a fight with him.

“I think testing is something that’s very important in boxing,” Khan said. “We have these tests for a reason. If fighters don’t want to take them, there must be some reason. I would definitely want testing to make sure the fight is legal, where both parties are happy. It’s hard nowadays and everyone has something to say about drug cheats. Fingers will always be pointed at people. But I know Manny and in training camp I never saw him doing anything bad.”

Khan has a perfect clean sheet as far as PEDs go, with the Bolton man never, ever testing positive for anything during his long career; which is something he is very proud of. So is there anything to be made of Khan asking for strict testing ahead of his hoped for fight with Pacquiao, or is Khan simply asking for something he would want ahead of ANY fight?

Pacquiao and Khan agreed to fight back in 2017, only for the fight to fall through as the promised money did likewise. Maybe they will get it on this time. Finally. A lot will depend on how Pac Man looks against Thurman. If he wins, the Khan fight will likely happen; even if Pacquiao loses but is not badly beaten, the Khan fight could happen. Of course, Khan can afford no slip-ups against Dib next month.