It’s hard to understand what BLK Prime management was thinking in giving the clearly shot Broner a big contract of eight figures. For that kind of money, they could sign relevant fighters with talent.

If Broner loses all three fights of his 12-month contract, it’ll be interesting to see if PBC takes him back. It probably won’t be worth re-signing Broner because he can’t win any longer against world-class opposition. The fans will be wise enough to steer clear of watching him fight mediocre opposition on Showtime.

Broner informed his fans and the boxing media on Instagram about his signing with BLK Prime, and he was babbling a lot of nonsense that sounded as if his feet weren’t firmly planted on the ground.

“I think we going to take over boxing,” said Broner about him and BLK. “We’re going to reach heights that have never been done before. This is a very special time for me.”

Unless BLK Prime intends to give Broner a management position, he will not be taking over anything.

Crawford is getting an eight-figure payday for the Avanesyan fight, which is an absurdly high number for a fighter that has never proven himself as a PPV attraction.

Getting that kind of money could spoil Crawford, making him believe he can get similar or more for a fight against Errol Spence Jr, which ain’t going to happen.

Broner’s days of taking over are long past, as he blew his chance of being the replacement for Floyd Mayweather Jr by getting beaten in fights at 147, a weight class that he lacked the power, size, and speed to compete in at a high level.

Broner was at his best at 130, but once he moved up to 147 in search of bigger paydays in 2013, his career immediately began going downhill.

Rather than returning to the 130-lb division, Broner stuck it out at 147, and he’s failed to find success in that weight class. His best win at welterweight is a controversial 12 round decision over WBA champion Paulie Malignaggi.

No one knows why BLK Prime has decided to dump a bunch of money on the 33-year-old Broner (34-4-1, 24 KOs) because he’s been in a steep career freefall since 2013, and there’s nothing that can pull him out of it.

It will be a miracle if Broner wins any of the fights if BLK Prime insists on him facing decent opposition. Broner is long past being capable of beating good fighters, and it will be embarrassing if he starts losing repeatedly.

Fans are waiting to hear when, where, and who Broner will be fighting in his first of three fights. The question is will BLK Prime stick Broner’s fights on pay-per-view like they doing with Crawford?

If so, what level of opposition will Broner be expected to fight at 140 or 147? Broner hasn’t fought at 140 since 2017, so that’ll be interesting to see if he can even make weight.

If you’re BLK Prime, you’re going to want to see Broner fight these types of fighters if he chooses to fight in the 140-lb division:

Can Broner beat any of those fighters? I wouldn’t bet on it. He last fought a year and a half ago, winning a controversial 12 round decision over fringe contender Jovanie Santiago.

Recently, Broner pulled out of his scheduled fight with Omar Figueroa, saying that he had mental health issues. 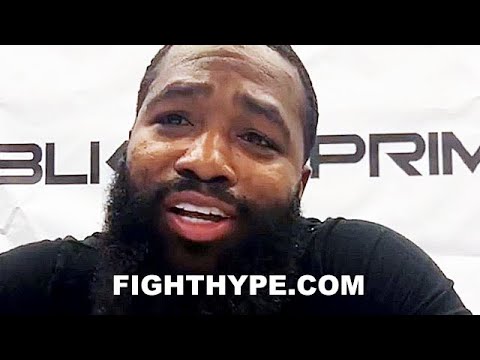