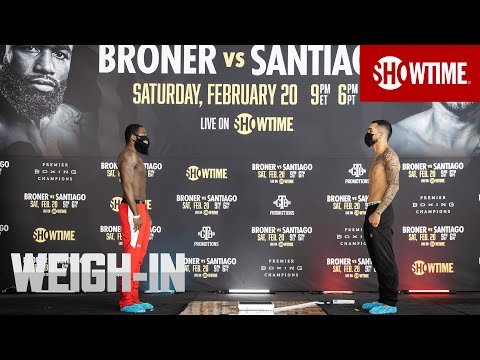 The childhood friends and Ohio natives just concluded an intense and lengthy training camp in southern Florida under the watchful eye of Mike Stafford, the longtime head trainer of Broner and assistant trainer of Easter. Here is what both fighters had to say about training camp, their respective matchups and more:

On his matchup with Jovanie Santiago…

“Santiago is hungry. He’s still undefeated and he definitely doesn’t want to lose. It’s going to be a great fight. He’s definitely going to come to fight. Anybody that has a chance to fight an Adrien Broner to put their career up another step, they’re going to bring their A-game. I’m just training my hardest and I’m going to come in and be ready on February 20.

“He’s a hell of a fighter. He’s got great skills. But I just think I’m on a different level. February 20 people are going to see that I’m still the Adrien Broner who can take over the sport. In boxing I’ve learned that it only takes one performance to bring everybody back. All I have to do is go out there and perform and everybody will be back on the bandwagon.

On his motivations for this fight…

“Even if I didn’t have these pending court cases against me, I’d still be working my ass off to come back and make a fortune. That has nothing to do with my motivation. God gave me a blessing and gifted me with some great talent and I’m not going to let it go to waste. The motivation is that I miss the sport. I miss being on top. I miss being champion and I’m going to take another run at being champion.

“I’ve found my love for boxing again. I gave myself some time to miss boxing and I’m ready to go in there and win some more world titles. My children are what fuel me now.

On how he plans to stay on track after this fight…

“I just need to go back to the gym after the fight. I’m trying to stay out of as much trouble as possible, stay out of jail and just work my ass off. I’m going to dedicate these last three to five years to straight boxing. I’m going to get as much as I can out of boxing and then retire and watch my kids grow up. I’ve matured a lot. I’ve been through a lot. It’s just time to get to business, make my money and do what I do best, and that’s box.

On getting back into fighting shape…

“I had to lose the 35 pounds and it was tough. I’ve put in the work. After this fight I’m going to stay on track and get right back to the gym. The goal is to become the five-time world champion, and then the sixth and the seventh time after that. I’m just working. I was so out of shape. I had to be gritty and I had to dig deep. Being out that long, I was overweight. I had to wake up and run miles and work my body back. It was tough.

“I’ve just had to change everything, change the lifestyle mostly. What would I tell a younger fighter? Just stay in the gym as much as possible. Don’t be blinded by the money and the lights and the girls and the partying life. I’m not saying don’t live your life. You can’t just box, box, box your whole life. You just have to stay relaxed.

“I feel like 140 pounds is the weight that I want to be at. You can’t really say I made by bread and butter at 147. I’ve been a champion at 147 pounds but I’ve also been a champion at 140, 135 and 130 pounds. I think any fight at whatever weight Adrien Broner is at is a big fight. That’s the main thing. I want to fight where I feel the most comfortable right now in my career, and right now, I think 140 is the best for me.

On his legacy as a boxer…

“People forget that I’m only 31 years old. They sometimes look at me like an old head. It’s crazy. I have been around for a long time – about 11 years now. But I’m only 31 and I have a lot more in the tank. With my resume, I just feel like I have a lot more to do. I’m going to put the work in and I’m going to get it done. Of course, I think about the Hall of Fame. I think I’ve done enough already. I was one of the youngest to ever become a four-time world champion in four weight classes. But I’m going to go win some more titles and do what I do to seal the deal.” 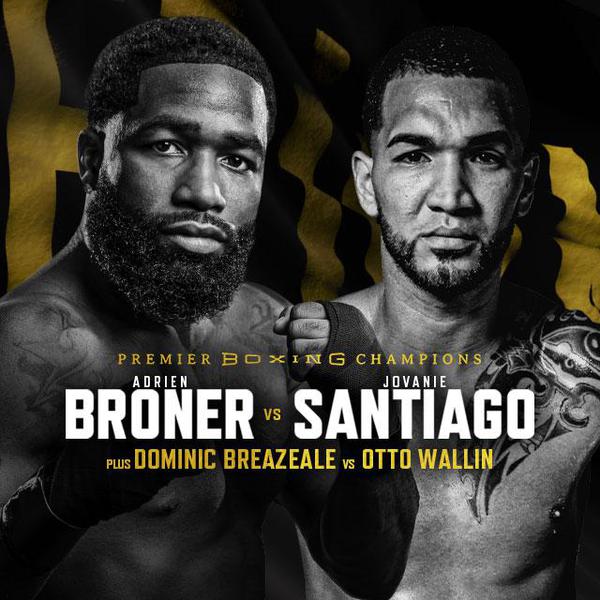 On his matchup with Ryan Martin…

“Martin is a tough opponent who is going to bring his A-game, but I don’t see much difficulty in handling him and adjusting to anything he brings. I know he’s a hard worker. We fought each other in the amateurs so I know he probably has a chip on his shoulder. I really don’t think there’s much from that amateur fight that I can take away for this fight. We both have transitioned into the pros so he probably has a little more in his arsenal now, just like I do.

“I don’t know what to expect from Ryan Martin, but I do know what I expect from myself. When I’m in the ring I will make it a one-sided fight and bring my A-game. I’m coming to get the win.

“I’m just very excited to get back in the ring. I had a little rust at first but that’s gone away and I’m perfectly fine now. I was a little nervous thinking about how I was going to feel when I came back, but I’m good now. We’re training very well. We’re sparring a lot. I am more than ready.

On training with Broner…

“There’s a lot I’ve learned from Adrian. We train together every single day in the morning and in the afternoon. As soon as I turned pro, he took me under his wing. He taught me a lot of small things that you have to learn when you first come up from the amateurs into the pros. He was already a world champion by the time I came up so there was definitely a lot I could learn from him.

“I’m not worried about who’s next, I just have to be prepared for February 20. It’s been frustrating watching all these fights on TV. I don’t even watch it anymore. But it’s been motivating to me and I just have to stay focused and keep training like crazy.