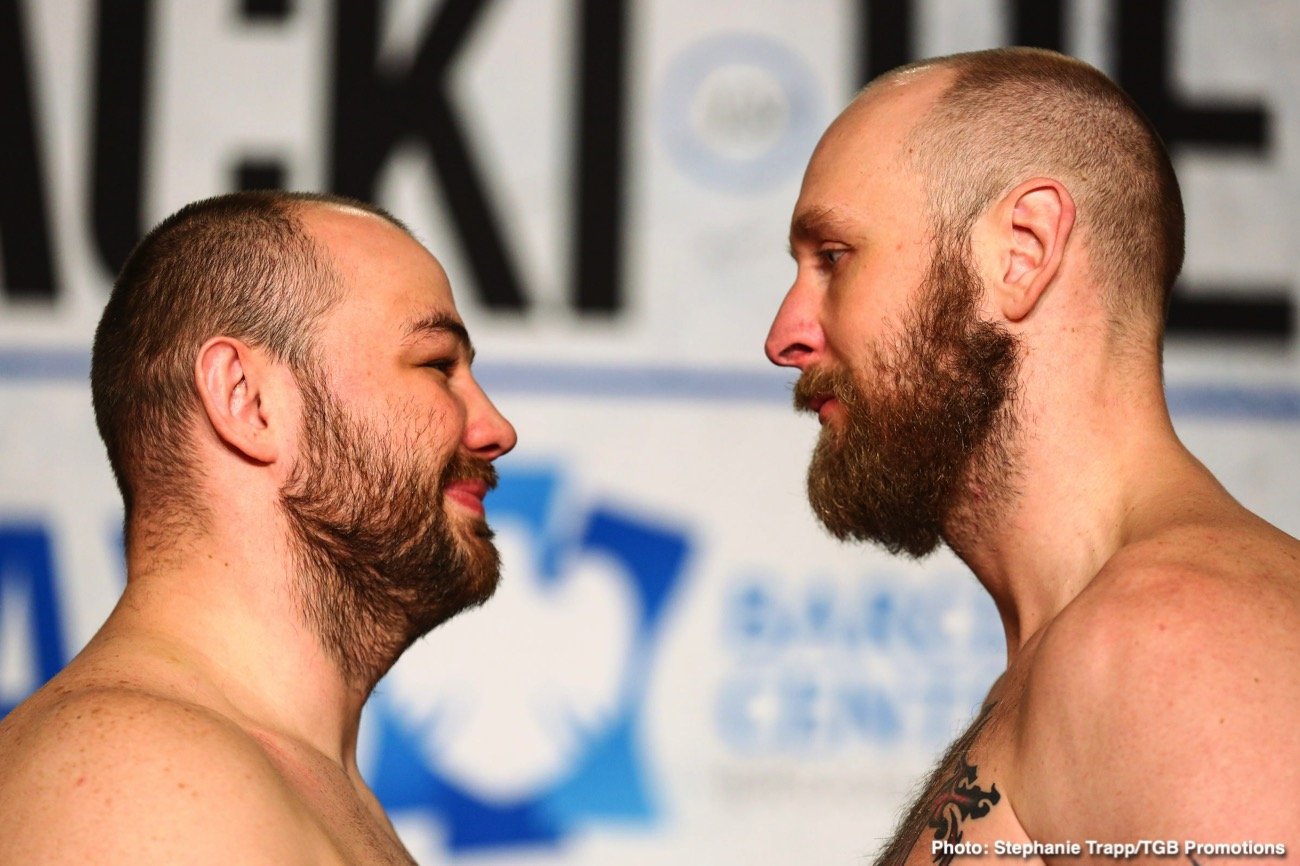 Adam Kownacki returns to familiar territory in Brooklyn, New York at the Barclays Center to challenge veteran Robert Helenius. The action-packed heavyweight showcase doesn’t stop there, also on the FOX televised card is the heavy-hitting Efe Ajagba facing off against Ravan Conjanu along with Cuban prospect Frank Sanchez taking on Joey Dawejko. On the betting books none of these fights measure up as a 50-50, however this card should give the prospects some much needed rounds and us fans at home plenty to rave about from a ‘TV’ fight style perspective.

Kownacki will be making his 5th straight appearance at the Barclays Center, second as a headliner and 10th time overall. Over the last few years it was obvious to those paying attention the Polish people in Brooklyn were starting to real give their support to Adam. Back in September 2018, Kownacki got a hard-earned decision over Charles Martin on the undercard of Danny Garcia vs. Shawn Porter but the room was jumping in the opener for Showtime that night. Before that it was slugfest with Iago Kiladze and most certainly Artur Szpilka, a popular fighter with Polish roots, that started to put Kownacki over the top as a rising attraction in Brooklyn.

Last January, Kownacki took on Gerald Washington in a fight many thought wouldn’t be all that easy, Adam took him out via knockout in the 2nd round and the place went nuts as part of the FOX televised undercard for Keith Thurman and Josesito Lopez. Adam’s headlining opportunity came at the perfect time for Kownacki’s, right before his child was born and against an ideal dancing partner in all-action brawler Chris Arreola. And brawl they did, throwing a combined 2,172 punches and landing 667 a CompuBox record at heavyweight. The main event portion peaked at well over 1.7 million in viewership making it the most watched sporting event that Saturday in August.

A crowd of over 10,000 is expected for Saturday night and Adam sold a personal best 3,000 tickets locally. Breaking down his opponent as far as chances for Robert Helenius is not really what the focus is completely. The odds tell us that Kownacki will win this fight going away so it’s understandable to an extent that many on boxing twitter have dumped on this matchup. After all Robert was stopped by Gerald Washington last July although Helenius was up on two of the three judge’s scorecards. Robert did manage to get a training camp and a tune-up bout since and does pose some issues for Kownacki. It should be mentioned that many of those same folks randomly didn’t like the Charles Martin fight on paper and last August even more fans crapped all over Kownack vs. Arreola and we saw how that turned out.

This boxing degenerate won’t act like it’s a pick’em however Kownacki is always there to be hit and hard with clean shots. The sheer size of Helenius and long reaching jab in itself could pose problems for at least a while anyway. Helenius did get a full training camp not a short-notice situation which is important for boxers at his level and age. Let us not forget Robert took Dillian Whyte the distance back in 2017. Look, clearly the PBC is moving Adam to a big fight and so this type of opponent including his previously mentioned size and experience fits the bill. It could be sloppy in spots, but overall it should produce a two-way fight within the rounds and stylistically interest random casuals who were watching the lead in programming XFL or otherwise tuning in.

Look for Helenius’s 3 inch reach while he’s pumping the jab to contain some of the offensive attacks by Kownacki. It won’t talk all that long for an action-fight to ensue followed by probably a fair amount of overhand rights by Adam that inflict serious damage once he adapts to Robert’s jab. We will likely get a knockout but don’t be shocked if it goes longer than expected or even the full 12-rounds

My Official Prediction is Adam Kownacki by late TKO.

The co-feature should be a good one while it last when rising heavyweight 12-0 (10KO’s) prospect Efe Ajagba meets journeymen Razvan Cojanu. Efe needs more rounds but might not get them against Cojanu. Top-heavyweight prospect Daniel Dubious, Luis Ortiz, and Donovan Dennis all stopped Cojanu. Razvan did go 10-rounds with then unbeaten Nathan Gorman who was most recently stopped by Dubious along with making the final bell against Joseph Parker in 2017. The biggest item for Efe is getting rounds, unfortunately he wasn’t able to get much work early in his career to the point that an opponent literally walkout out of the ring after the first bell. Last summer Efe did go 10 frames with Ali Eren Demirezen but in Ajagba’s last outing he hit the deck. Now don’t get me wrong, Efe got the knockout but it didn’t come easy that’s for sure. Based off getting floored from a hard land it’s no shock his handlers want to move him laterally to get him more ring experience.

My Official Prediction is Efe Ajagba via KO in the 5th round.

And last but certainly not least, the FOX opening bout between Frank Sanchez and Joey Dawejko aka Joey D will definitely feature some heavy hitters in a fight that screams made-for-TV. Last August Sanchez went to war with Victor Bisbal and after a few minutes of feeling out by both men, a war of sorts should break out on Saturday. There is a chance Frank Sanchez shows some of his Cuban pedigree he posses sporting a 214-6 amateur record. His opponent is a tough cookie in Joey Dawejko, his professional record is not a great one at 20-7-4 but he’s faced a number of names on the way up such as Charles Martin, Big Baby Miller, Amir Mansour, and Bryan Jennings. One thing is for sure Joey D will come to fight with every last ounce, so this is a good test for a still developing pro in Sanchez.

Joey may not have a bunch of quality wins but he did make noise from his sparring sessions with Anthony Joshua last summer. All and all this bout should serve its purpose and be a blast for the viewing audience. It will be very interesting to see if Frank looks to take his time and pick him apart, eventually breaking him down. Or will he try to make a statement and bring the fight right to a guy in Dawejko’s, which is his comfort zone. This will be the best fight of the FOX card so make sure to tune in early.

My Official Prediction is Frank Sanchez by Unanimous Decision.

Side Note: During the afternoon prior to the PBC on FOX make sure to check out what should be a very competitive and entertaining bout between Scott Quigg and Jono Carroll on DAZN.