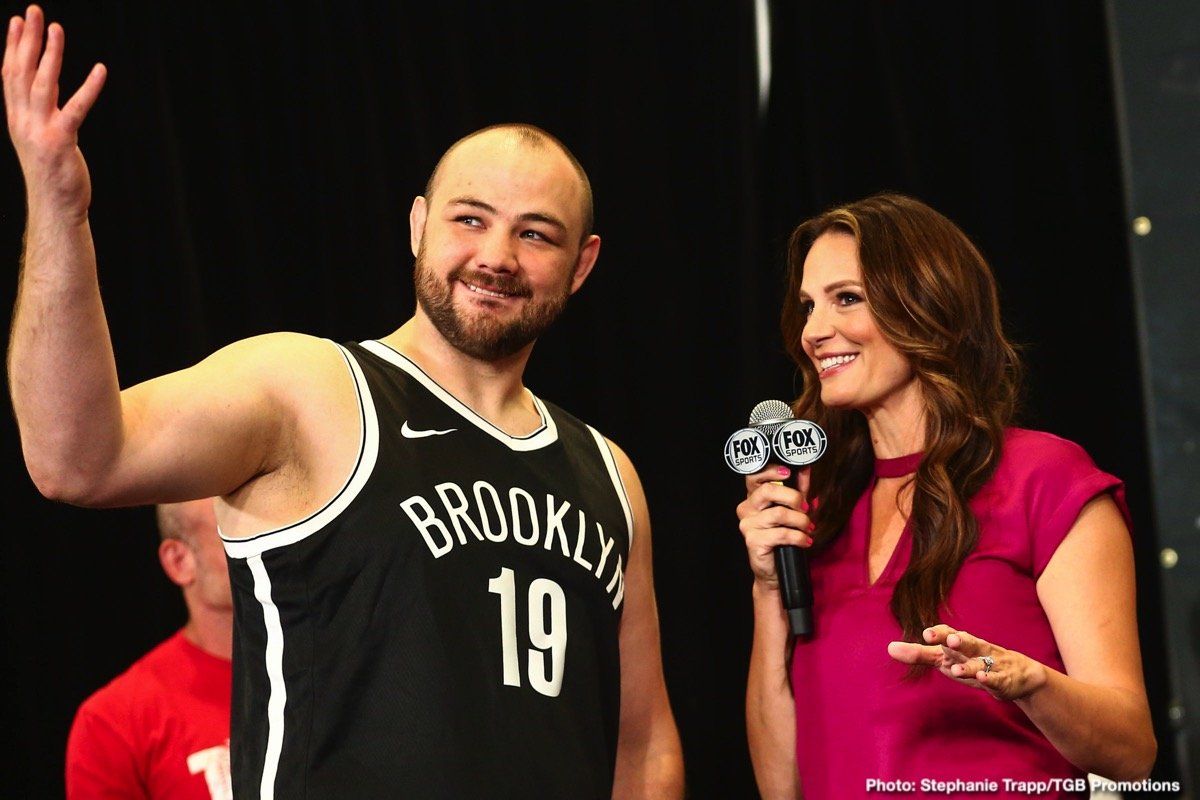 Mike Coppinger has reported how it’s a “done deal” for unbeaten Polish heavyweight warrior Adam Kownacki to fight Robert Helenius at The Barclays Centre on March 7th. Breazeale, who was in the frame for the fight with the highly ranked Kownacki, and was very vocal about the fight, took to social media upon hearing the news.

“Trouble” posted the image of a startled duck on his instagram page, with the words “The look on @akbabyface face when it comes to signing the contract to fight me. Now he wants to fight a washed up dude instead of giving the fans a heavyweight slugfest and fighting me. Go ahead and pad your record and stay safe, at some point you’ll have to fight. I’ll stay in the gym and will continue to look for the best fights for the fans.”

Okay, Kownacki-Helenius is no great match-up, no fight that will get fans in a lather, but coming off that one-round splattering at the hands of Deontay Wilder as he is, Breazeale might not have enjoyed too much fan expectation if he did land the March 7 gig. Yes, Breazeale is younger than Helenius, but it just might be that the past his best but still, well, decent, Helenius manages to stick around for a few more rounds than Breazeale would have done against Kownacki.

Helenius, 36 years of age and currently 29-3(18) overall and winner of just two of his last six outings, has been stopped twice (most recently by Gerald Washington, who Kownacki had an easy time with) and he was at his best around a decade ago. It’s not clear what Kownacki gets out of this fight, if anything. Sure, it keeps “Baby Face” busy, but he has been busy enough, beating good fighters like Chris Arreola and Charles Martin. What he wants is a world title shot, but a win over Helenius won’t move Kownacki any closer to that.

Kownacki will enjoy another packed out night at Barclays, his army of fans cheering him on with gusto, but this one seems a formality. The only question is, how long will Helenius last in there? Look for Kownacki, 20-0(15) to walk through Helenius early and wear him down for a stoppage somewhere around the 6th or 7th.