Former heavyweight champion Vitali Klitschko has been fighting a much bigger, much more important, much more closer to his heart battle recently, what with the ongoing Russian invasion of his country Ukraine. And Vitali has been, for some years now, putting all of his energies into politics.

Yet it was exactly a decade ago (September 8, 2012) when “Dr. Iron Fist” had his final ring battle. At age 40, the elder (and some say better, more formidable) Klitschko brother, met and defeated Manuel Charr via a cut-enforced stoppage in a fight that took place in, perhaps somewhat ironically, Moscow, Russia. Vitali made the ninth defence of his second reign as WBC heavyweight champ. 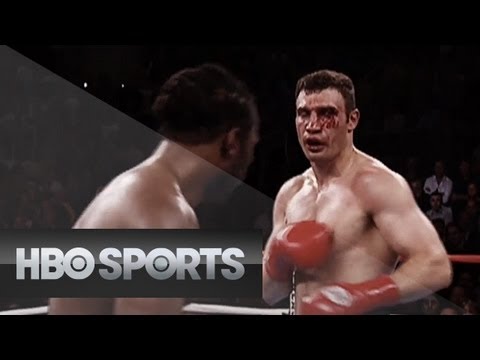 And Vitali, with further big-money offers ringing in his ears, walked away on his own terms, on top, still capable of kicking a whole lot of ass. To this day, Vitali is rightfully revered as one of the toughest, most powerful heavyweight champions. Never. Once. Knocked. Down, Vitali had a chin to rival even that belonging to the also never put on the canvas George Chuvalo (who, as great as he was, never managed to win the big one). And Vitali had a far meaner fighting instinct than his brother ever had.

45-2 with a hugely impressive 41 KO’s at the end, Vitali’s numbers command respect. But how great was Vitali, overall? Due to the fact that his career-defining fight is a loss – this to Lennox Lewis, in a fight Vitali was winning in every department aside from strength of facial tissue – it’s a tough question. Vitali’s resume is not filled with great names, Lewis aside, so, for some, it’s hard to place him alongside the likes of Ali, Holmes, Lewis, Holyfield and others.

But Vitali was special, and he holds a special place in the memories of fight fans. What might have happened has Vitali fought on? Might he have seen his big body betray him, with him being toppled? Or might Vitali have taken further, more impressive, scalps? We will never know. But for sure, plenty of fans feel Vitali left before he should have done, at a time when he had plenty of wins left in him. Heck, even at age 51, Vitali could still more than likely beat a number of active heavyweights.

Where do YOU rank “Dr. Iron Fist” amongst the all-time greats?