It was back in September of 1923 when heavyweight king Jack Dempsey engaged in arguably his most famous and celebrated fight. Luis Angel Firpo of Argentina, a huge man who outweighed Jack by around 25 pounds, came oh, so close to tearing the title from “The Manassa Mauler.”

The fight took place at The Polo Grounds in New York, and the enormous crowd witnessed something truly special. Dempsey, who had darn near killed common opponent Jess Willard to take the title in 1919, was making the fifth defence of the heavyweight crown. Firpo was the first South American to ever challenge for the world title. What unfolded 97 long years ago has had books, articles and documentaries devoted to it, the fight becoming a genuine piece of popular culture (the fight is even mentioned in the “Rocky” film, with the fictitious Mickey Goldmill telling his fighter how he fought that same night). 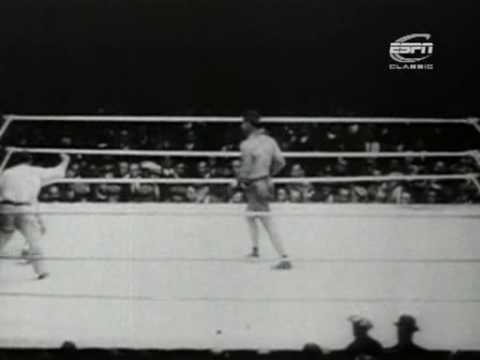 Firpo went right at Dempsey, landing a right hand before the sound of the opening bell had had a chance to fade. Dempsey went down on one knee. The defending champion got up fast, recovered, and then proceeded to smash Firpo to the canvas no less than SEVEN times, this is the space of around 90-seconds. It was a street fight. It was sheer carnage. It was thrilling.

Then, somehow being able to fire back himself, Firpo scored the most famous knockdown in heavyweight history. Firpo, with just seconds remaining in the round, trapped Dempsey on the ropes and belted him with another clubbing right to the head. Dempsey fell through the ropes, out onto a press photographer at ringside. Dempsey cracked his head on a typewriter, suffering a nasty cut to the back of his skull.

Helped back into the ring, Dempsey – having been down for 14 seconds – made it back to his corner. The wildest, most astonishingly violent and pulse-quickening three minutes in boxing history were over. Dempsey mustered his strength during the minute’s rest, then did what a great champion does: he closed the show. Dempsey blasted Firpo to the mat two more times in round-two, the second knockdown ending Firpo’s gutsy challenge.

Then came the myriad of stories about the fight. Dempsey was indeed “helped” back into the ring after being knocked through the ropes, this against the rules. Jack beat the count – the count being “20” for a fighter who has been knocked out of the ring; the stricken fighter having to to get back in the ring and be on his feet before “20.” Dempsey was back on his feet after 14 seconds. But could Dempsey have managed it without being “helped?” For years, this question caused many a debate. Also, was Dempsey “out” as he sat in his corner between rounds one and two? Legend says he was indeed, until smelling salts were shoved under his nose.

Read:  95 Years Ago: Tunney Vs. Dempsey II And The Hugely Controversial “Long Count”

But despite the controversy, Dempsey had shown his greatness, his toughness, his sheer fighting heart. So too had Firpo. Has there ever been any other world title fight with as much action so brutally crammed into such a short period of time?

Imagine a world heavyweight title fight like this one today!