In one of the most inspirational moments of this year’s boxing calendar, Al Hughes Jr, a 70 year old – yes, 70 year old – fought and won last night in Indianapolis. Returning to the ring for the first time since way back in 1983, Hughes, a Vietnam veteran, stopped Tramane Towns (a mere 43 years of age) inside the second-round. Now 11-7-4(6), Hughes had great motivation for making this, a one-fight comeback.

Sadly, Hughes’ son died in April of this year, when he took his own life. Before this, Al Hughes III had challenged his father to set The Guinness World Record as the world’s oldest active fighter. This Al achieved last night. Hughes, the same age as heavyweight legend George Foreman, has attracted plenty of well deserved praise for managing to do what he did.

Ahead of last night’s fight, Hughes’ doctor gave him his blessing to go ahead and fight:

“I don’t know of anybody or have heard of anybody that’s 70 years old that is in as good physical condition as you are right now,” the doctor said to Hughes.

Hughes, who won the Indiana Golden Gloves after coming home from Vietnam in the mid 1970s, turned pro in 1975, compiling a 15-3-2 record and at one point being ranked No-25 in the world at middleweight (Hughes’ biggest fight probably being his 1976 fight with Frank Santore Jr, who went on to fight Sugar Ray Leonard, Santore then becoming a boxing referee). Last boxing in 1983, when he dropped a decision to a guy named Mike Politt, Hughes made his incredible ring return last night.

“Son, I promised you I’d do it or die trying,” Hughes said of his emotional victory. “I stood right on front of his ashes and said, ‘Son, I am going to do this fight. I almost didn’t. When you died, I said it killed my soul too. I’m going to do this for you because you wanted me to so bad. Then you’ll have bragging rights to eternity.”

A touching and inspirational message to a deceased love one. And what an inspirational victory Al Hughes Jr managed last night. Best wishes to him from all at Eastside Boxing. 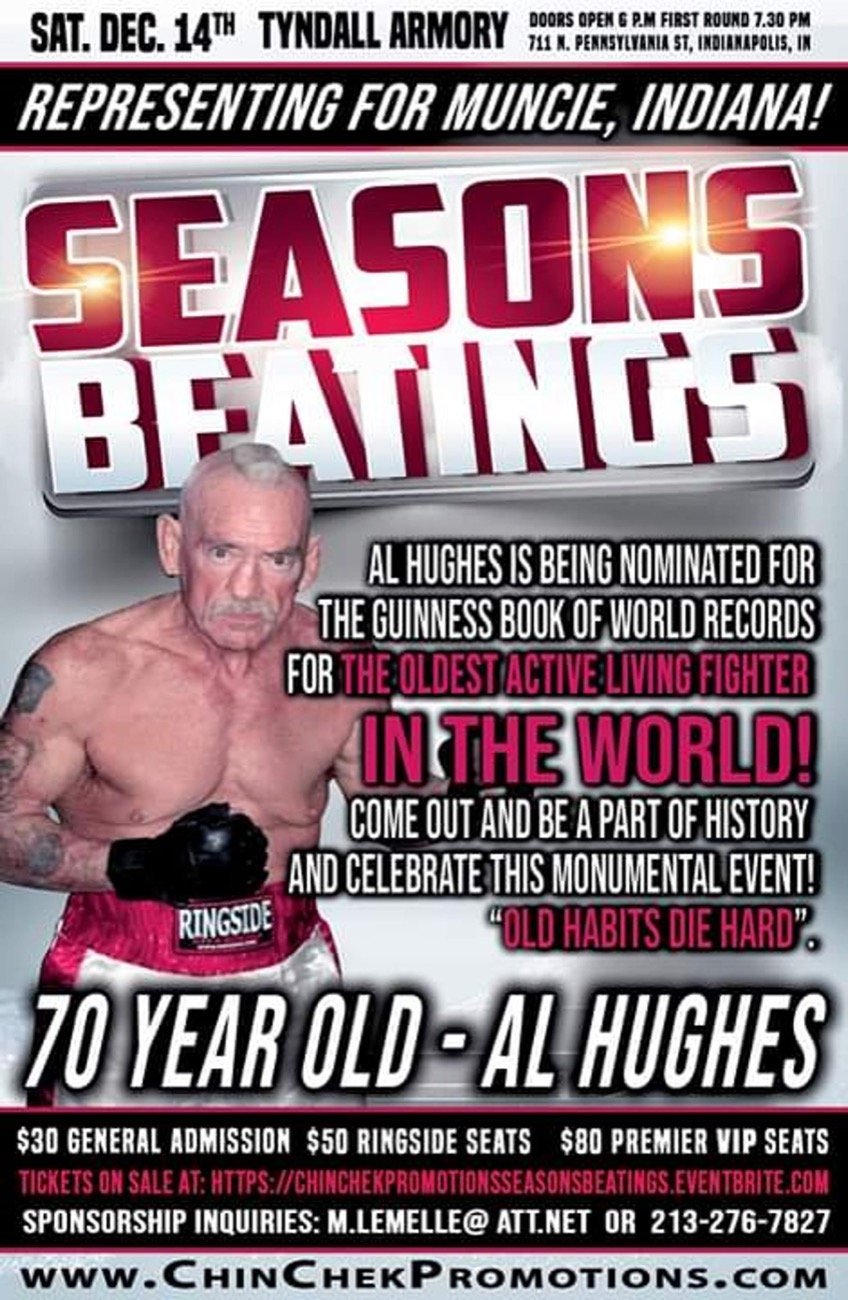