Canelo (57-1-2, 39 KOs) and the much bigger 6’0″ Makabu (28-2, 25 KOs) stood for a face-off and shook hands. It was all PR stuff to get boxing fans interested in seeing the superstar Canelo move up to cruiserweight early next year in an attempt too capture his fifth division world title.

Last Tuesday, WBC president Mauricio Sulaiman announced that the governing body had approved Canelo to move up from super middleweight where he’s the undisputed champion to challenge the 34-year-old Makabu for his WBC cruiserweight itle.

Canelo has taken plenty of flak from the boxing public, as they wanted to see him fight David Benavidez, Jermall Charlo, Artur Beterbiev or Gennadiy Golovkin next.

Those are fighters that are well known and highly respected. In contrast, Makabu isn’t well known, and he’s NOT viewed as the best or even the second best in the cruiserweight division.

You can argue that Makabu is closer to the ninth or tenth best fighter at cruiserweight. Yeah, Makabu holds the WBC title, but only because he fought a vulnerable guy in Michal Cieslak.

Had Makabu needed to go through Lawrence Okolie, Mairis Briedis or Arsen Goulamirian to win his WBC title, to name just a few, he likely would have lost badly.

“I think good for him that he wants to go up to cruiserweight, but if he wants to keep doing that stuff and keep going up, up, up, I don’t want to hear it. Fight [Artur] Beterbiev,” said Max Kellerman to Fighthype in talking about Canelo Alvarez.

“Moving up to cruiserweight to beat a solid guy is a tremendous accomplishment,” Kellerman continued about Canelo looking to face the little-known Makabu.

“That’s a lot different than just grabbing a belt. That’s just a [self] promotional tool. You can win a bowl game in college football but it doesn’t make you the National Champ.

“So I’m talking about who has proven themselves the man in the division, this will not have proven it at cruiserweight.

“Why not Benavidez? Absolutely. Canelo vs. Beterbiev because Beterbiev has proven himself on a world class level more than Benavidez has.

Beterbiev is the best light heavyweight in the world if it’s not [Dmitry] Bivol, but in terms of styles, it would be a more crowd-pleasing fight against Canelo.

But if Benavidez gets in and proves himself on that level great. Even if he doesn’t, I’d love to see it. Beterbiev and Benavidez? It would be a war, of course. 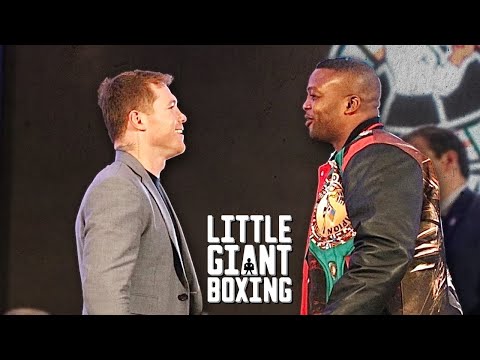 “I think Canelo would be the favorite to beat Beterbiev, I’d make him the favorite, but that is, other than Crawford and Spence, the best fight you can make in boxing.

“Good for Canelo, go up to cruiserweight and try and win a belt there, but I want to see Canelo and Beterbiev,” said Kellerman.

It’s unclear whether Kellerman is banging the drum so loudly for Canelo-Beterbiev because Beterbiev fights on the same network he works with in ESPN or if he truly believes the Russian fighter would be his toughest test. The way that Kellerman dismissed David Benavidez so quickly suggests to this writer that he’s high on Beterbiev because he fights on ESPN.