Mayweather Promotions CEO Leonard Ellerbe is DEAD serious about wanting to make a fight between former welterweight champion Keith ‘One Time’ Thurman and Gervonta ‘Tank’ Davis. Ellerbe says he’s making that fight in “two seconds,” and he wants Thurman (29-1, 22 KOs) to have his management give him a call so they can start the ball rolling.

Ellerbe is ready to pull the trigger on the Davis-Thurman fight, and he believes his fighter Tank will knock out the former WBA/WBC 147-lb champion ‘One Time’ Thurman.

“That fight I’d make in two seconds, Tank would knock him the f*** out right now,” said Mayweather Promotions CEO Leonard Ellerbe on Twitter about him making a fight between Gervonta Davis and Keith Thurman.

“Tank is not a 47 pounder, and Keith can fight his a** off; he’s a guy I got a lot of respect for. Trust me if he’s serious, which I highly doubt that’s an easy phone call,” said Ellerbe. 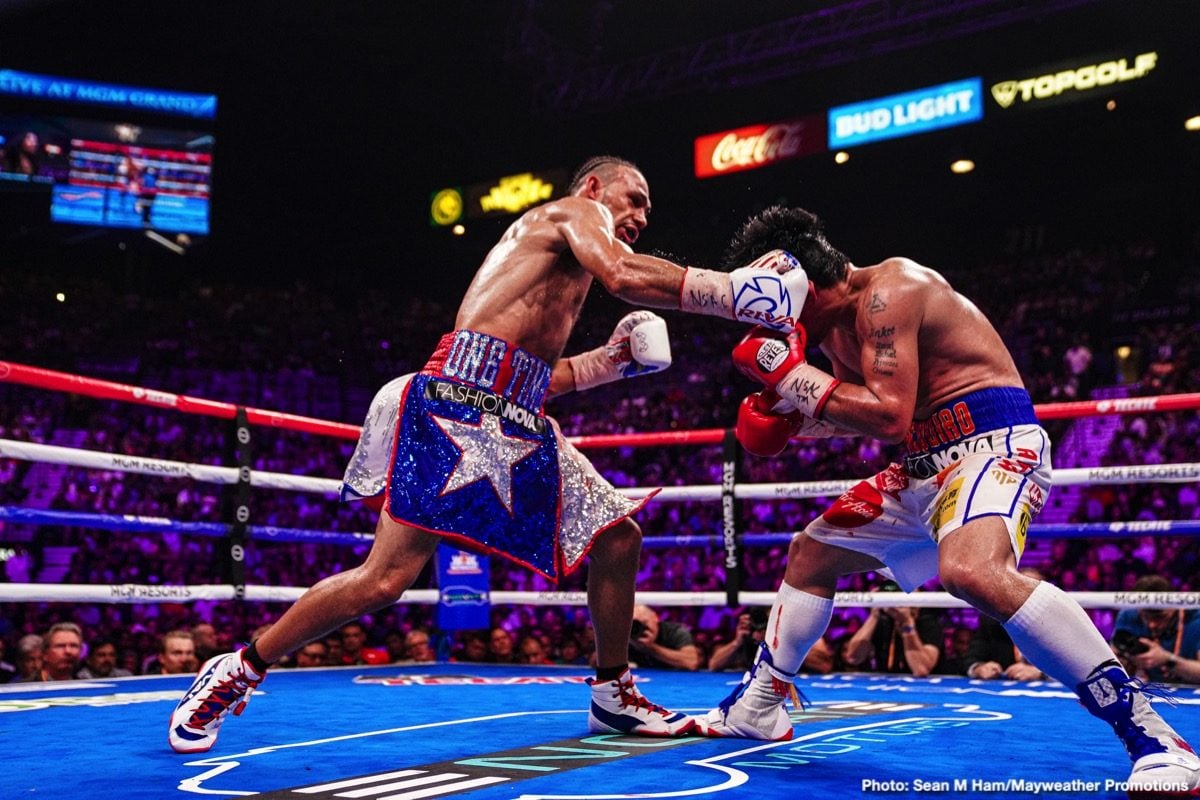 Thurman, 32, seems to be on board with it as well, saying that he thinks it’ll bring in 600,000 PPV buys with half coming from him and the other half Tank.

For the boxing fans that believe that Thurman is too big, too strong, and too much for the 5’5 1/2″ Tank Davis. But we just saw Thurman lose to the 5’6″ Manny Pacquiao in his last fight two years ago in July 2017.

Thurman looked like he’d lost a half-dozen steps due to age, injuries, and inactivity for that fight. Now two years later, does Thurman have enough left to beat a younger 27-year-old Tank Davis?

The Pacquiao that we saw edge Thurman by a 12 round split decision in 2019 isn’t fighting at the same level that Tank Davis is now.

This is far from a gimme for Tank Davis, but it is a winnable fight that will take his career to the next level. It’s a necessary risk for the former three-division world champion Gervonta (25-0, 24 KOs) to take if he wants to further his career.

If there were a chance for Davis to fight the top lightweights Ryan Garcia, Devin Haney, Vasily Lomachenko, and Teofimo Lopez, he wouldn’t need to take this drastic move to the bigger 5’7″ Thurman, but those matches are unattainable.

Even if they do happen one day, it’s probably going to take years for Tank Davis to get a crack at any of them.

Tank looked good in his last fight, moving up to 140 to knockout WBA ‘regular light welterweight champion Mario Barrios in the 11th round on June 26th in Atlanta. Speaking of Atlanta, Thurman says he’s interested in fighting Gervonta in that city, so there’s a possibility those two could meet there for a battle in October or November.

It would be a shock for some boxing fans to see Tank Davis take a fight with the bigger Thurman, but it’s one that Ellerbe and Mayweather Promotions want. There’s a lot of money to be made on PPV, and a victory for Davis will make him a bigger star which is where he wants to be.