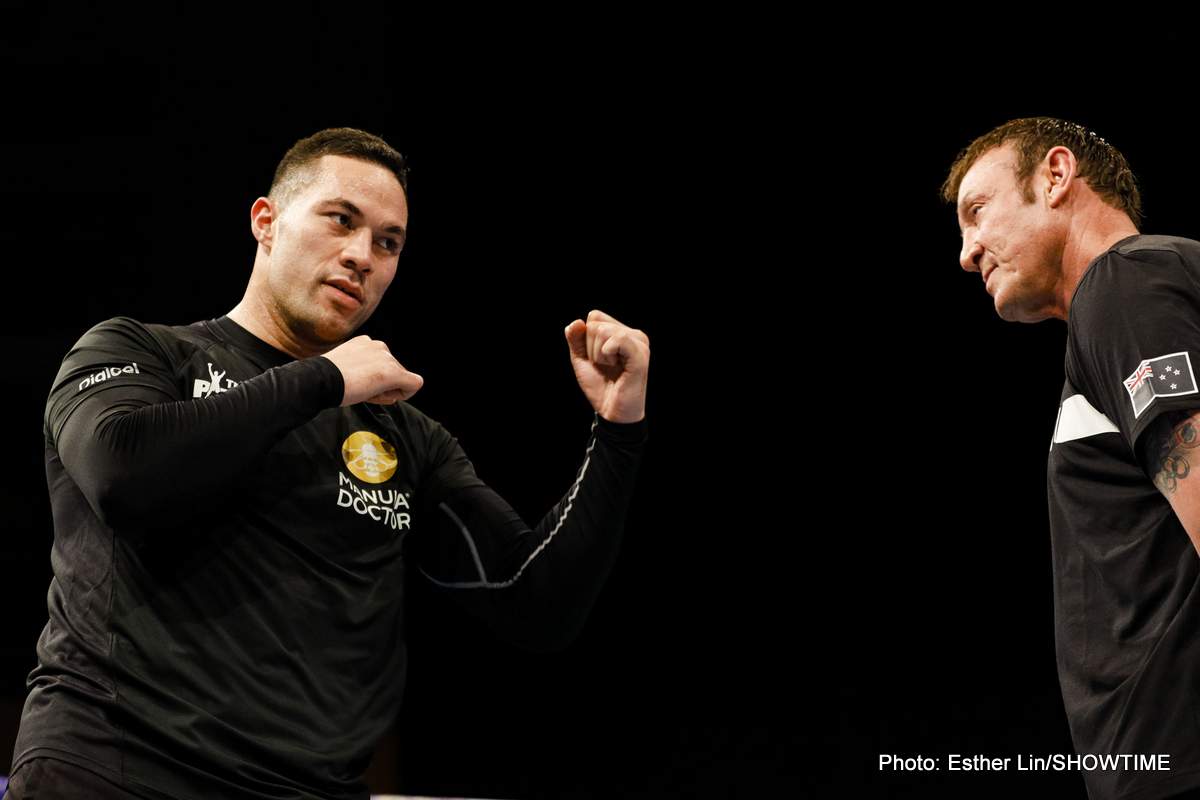 Joseph Parker, speaking to Marc Gatford via the MyBettingSites.co.uk blog, said his upcoming fight against great rival Junior Fa is ‘do or die’ in bid to give ‘Matchroom the confidence’ – having signed him in 2019.

What names do you need to propel you back to the pinnacle of the sport?

Jospeh Parker: “I need guys like Joe Joyce, Oleksandr Usyk; I need guys like Dillian Whyte; there’s still a possibility we can fight Derek Chisora. He’s coming off a loss but his career has been revived. I’ll fight anyone, I’ll fly to the UK or the US, or wherever when it’s safe to do so to get back to the top.

“Chisora is a live option. My health just declined and I was unable to make it that night but I’d love to put that right against Derek.

“It was the doctor who said we were not fit and able to fight Chisora, I was begging him to let me fight ‘please, please, please’. We could not move the date, Chisora found another opponent and it messed up everything for us because we were getting some good momentum.

“And right then I just made a vow: ‘na, I’m never pulling out again.’ Not even if I have a small injury or something that’s bothering me, I’ll fight through it because I know I can get through it.”

What is your gut feeling for your next fight if you come through?

“My gut tells me it could possibly be Usyk or Joyce. My gut tells me when we get through this fight then it’s just a matter of getting the biggest fights. Usyk has really good movement and ring IQ, but If the opportunity arose I’d take that fight with both hands. With the movement and speed that I have I’d beat him, I’d be too much for him.

“Get through Junior Fa and I’d love the opportunity to fight Joe Joyce. He put on a great performance against Daniel Dubois; he showed good movement, good jab, lots of improvements and it would be a great fight.”

You have spoken about your close relationship with Tyson Fury – would you put that aside to fight if the opportunity came about?

“Before the fight and after the fight you can be good friends or brothers, but in the ring it’s all business, you want to knock the other person out; he’s trying to take you out, you’re trying to take him out. I can put that [relationship] to one side.”

What’s at stake for you in your up-coming bout?

“I have to win and I have to look good. That will give Matchroom the confidence they’re signing the right guy. There’s a lot on the line and I’m excited.

“I want to make a statement in great fashion. People love to see great finishes. I won a lot of fights on points, but I need to be more aggressive, to show more hunger and go in there and dominate. That is the recipe: dominate, throw punches, let some bombs rips and take care of business. That’s the recipe to get another world title.

“I’ve fought a lot of top opposition and he hasn’t fought anything close. But styles make fights and I’m excited to see what he’s going to bring.”

You had surgery in December, how are the elbows and do you have full confidence in them?

“Tomorrow is the first day of sparring, testing out the elbows to see where we are at. We can see when i’m punching and when i’m training it’s not as bad as it was back in 2017. It’s pretty much nearly healed and recovered.

“I wouldn’t be going into the fight if I didn’t have full confidence in myself and my body and what I can do in the ring. I had surgery on the elbows before back in 2017 before the Joshua fight but I wasn’t as fit and I wasn’t as healthy as I am now – the recovery is a lot faster this time and I have full faith in my body.

“This is the first camp away from Vegas since I first started as a professional fighter. It’s been nice being home, I can see my kids and wife but I know I have to get the job done and we’ll put things in place to keep me focused. We’ve got a good setup here.

“The biggest disadvantage is finding sparring partners that are able to spar like the opponent you’re going to fight. The good thing about Vegas is that it’s the hub of boxing, lots of fighters and sparring partners. It’s not as easy in New Zealand.”

Kevin Barry on the significance of the Fa fight, Parker’s fitness and the Fury Wilder court case

“We expect the very, very best Junior Fa. This fight is for a lot of pride and dignity in New Zealand, it’s a legacy fight. If we lose to Junior Fa it’s going to be a tough slog to get back into the picture. I said to Joe: Junior Fa beats you, forget about the fact you won the world title, this is the fight you’ll be remembered in New Zealand for. There’s a lot at stake for us.

“His work rate in the gym is back – i’m seeing a lot of explosive combinations. And the most pleasant thing of the lot is that Joe is punching without pain. I’m not seeing anything so far that would suggest any problems. I’m liking the freedom that Joe has is in punches. Prior to the fight being postponed, I’d look at the grimacing look on his face and think ‘oh my god, i’d be lucky to get a round of sparring out of Joe today’. The postponement has been a blessing in disguise and played into our hands.

“We are hoping through the goodwill we have had with the WBO and the relationship we have had for a long time, and the support the rankings committee have given us, we expect with a really good performance we’d move back into that WBO number two position.

“I think common sense prevails here and Usyk does take the step-a-side money. If anyone is willing to pay you a bunch of cash not to fight, I think you’re silly not to take it. But before Joshua and Fury fight, there is still the business to be taken care of in court, whether or not Wilder is going to be the next fight for Tyson Fury. I know Bob Arum said there’s no contract but I think there’s a little more to it than that otherwise we wouldn’t still have this question mark.

“Joe Joyce is a fight we’d love. Joyce has done a terrific job getting in this position but we know styles make fights. Once we take care of business on Feb 27, a fight that would be appealing to the boxing fans and the WBO would be Joseph Parker v Joe Joyce.”

4 thoughts on “Jospeh Parker eyes Joyce and Chisora… and vows to never pull out of a fight again!”