HAMMER-FISTED Aussie contender Lucas “Big Daddy” Browne is happy to step up to the challenge offered by Tyson Fury on Twitter.  » Read More Unbeaten British giant Tyson Fury is ready to put a largely frustrating and unproductive 2013 behind him and enjoy a “big” 2014.  » Read More Recently British heavyweight Tyson Fury (21-0, 15 KO’s) had been telling anyone that cared to listen to him that he wanted to fight Golden Boy fighter Deontay Wilder (30-0, 30 KO’s), but shortly after Deontay expressed interest in facing him too, Fury said he was retiring from boxing.  » Read More British heavyweight Tyson Fury (21-0, 15 KO’s) hasn’t had much luck in getting a heavyweight title shot against the Klitschko brothers.  » Read More 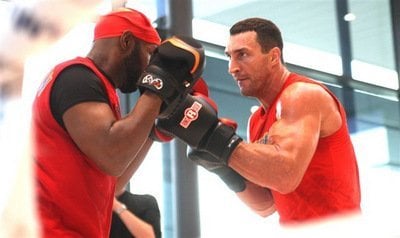 If the road to the top in any sport is beset with challenges and hard physical graft, then boxing must rank amongst the toughest.  » Read More

Video by britishboxers.co.uk – Peter Fury, the uncle and trainer of unbeaten heavyweight contender Tyson Fury, has has denied the boxer has retired from fighting and will be back in the ring, after having Christmas off in the light of his fight against David Haye being called off for a second time.  » Read More Tyson, I know you are frustrated with the whole Haye situation.  » Read More Remember when, after his awesome KO win over Michael Spinks, an upset Mike Tyson told the media at the post-fight press conference that he may well have fought his last fight and was retiring due to his general disgust at the way the media types had treated him?  » Read More Ladies and gentlemen, I don’t know about you, but I think the heavyweight division can be exciting once again.  » Read More