Whether it was down to a “gagging order” that Derek Chisora says Frank Warren put on him ahead of today’s official press conference to announce the December 3rd fight with Tyson Fury, or whether it was down to the distinct lack of buzz the perceived mismatch carries, today’s presser was no lively affair. Certainly there were no tables thrown, there were no slaps in the face, there was no spitting; all three of these things having been seen at previous Chisora press conferences/pre-fight build-ups.

Instead, Chisora largely mumbled and laughed his way through today’s event. Fury was loud as usual, yet he didn’t verbally attack Chisora the way some people might have expected him to. Fury said he respects Chisora as a fighting man who has balls. Fury took a verbal swing at Anthony Joshua, who, the WBC heavyweight champion said, was too lacking to sign on for the fight with him. 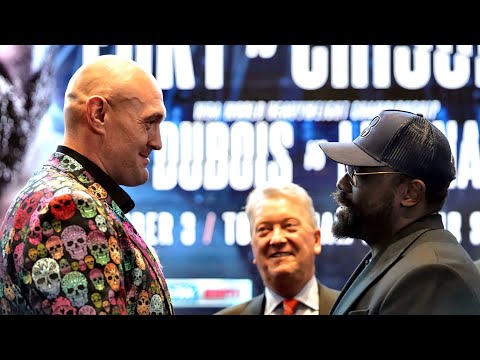 Chisora did say that he will “100 percent” stop or KO Fury, while Fury responded by saying that he will “do something that Oleksandr Usyk and Joe Parker couldn’t do, and knock Chisora spark out.” Later, Fury said he will predict the round he will take Chisora out in, this at a later date ahead of the fight.

Chisora got a little flash of Fury’s anger when Fury slammed his upcoming challenger for saying he has Bipolar. Fury stated that yes, he does have Bipolar. “You can’t chuck that at me, because that’s an offensive thing. Yes, I am Bipolar,” Fury said to Chisora as they stood in front of one another. “You can’t use it against me. You’re gonna go in there with a mental patient, not me.” Fury then broke into laughter.

The upcoming fight has, justifiably, attracted a ton of criticism, this in large part due to the fact that Fury has twice beaten Chisora convincingly. Today, posting comments on the forums during the presser, some fans said Fury and Chisora are two friends and that there is no way this is anything other than a joke of a fight. Too harsh? Maybe, but there is no denying the fact that barely anyone wants to see this fight; to pay to see this fight. Despite this negativity, Fury stated confidently that his December 3 fight at Tottenham Hotspur Stadium will sell-out and quickly. 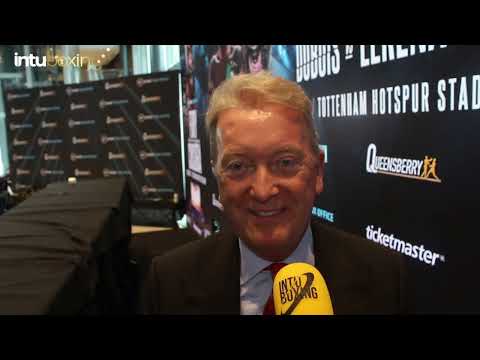 Tickets go on sale soon so we shall see.