Tyson Fury says he will not give Anthony Joshua the opportunity to fight him again after their recent failed negotiations.

The WBC heavyweight champion Fury (32-0-1, 23 KOs) is jaded from his experience in attempting to set up a fight with the former two-time champion Joshua (24-3, 23 KOs).

Although Fury arguably deserves the brunt of the blame for the failed negotiations due to him trying to hurry Joshua and his promoter Eddie Hearn to hurriedly sign, he still feels upset.

If Fury is serious about not giving Joshua a second chance, he’s going to come out as the loser as well, not just AJ.

The money that Fury can make fighting Joshua would likely be considerably more than his previous biggest career fights against Deontay Wilder and Wladimir Klitschko.

Fury is fighting journeyman Derek Chisora next on December 3rd on BT Sport Box Office and ESPN+ at the Tottenham Hotspurs Stadium in London, England.

Fighting this caliber of an opponent will arguably hurt Fury’s popularity, especially with him coming off a mismatch against a very poor-looking Dillian Whyte.

“He doesn’t have any belts. He doesn’t have anything that I need, and there will not be a fight between me and him ever,” said Tyson Fury to Sky Sports. “Full stop. There’s too much messing. I’m not going over it again. They’re too hard to deal with.”

If Joshua gets a couple of wins under his belt and his popularity sours to where it was before, Fury will once again likely start calling him out, posting repeated callouts on Twitter to pressure him to agree.

That’s what happened this time. Fury posted nonstop call-outs of Joshua on social media until he agreed to try and set up a fight with him. However, Fury then made a mess of things by setting two deadlines, telling Joshua that he needed to sign that week.

Interestingly, Fury didn’t set similar deadlines during the negotiations with the 38-year-old Chisora, and those talks took weeks before a fight was finally set up. If Fury was willing to give Chisora weeks to negotiate, why was Joshua rushed? It appears that Fury might not have been serious about the negotiations with Joshua.

“No Joshua, no more, no more wasting time,” said Fury. “The way he is, he’s in a comfortable position, and he’s worked hard for it. I’m not going to discredit his performances or discredit his achievements. What I can discredit is his lack of commitment to the British public,” said Fury. 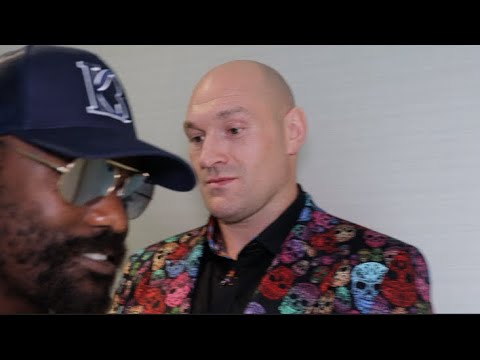