A loaded undercard featuring a cast of unbeaten prospects has been announced for the non-televised segment of the April 17th ESPN Friday Night Fights card, airing live from beautiful Mohegan Sun Arena in Uncasville, Connecticut.

The previously announced ESPN Friday Night Fights card has shaken up a bit. The card, being promoted by DiBella Entertainment in association with Fight Promotions Inc. and New Legend Boxing, at the beautiful Mohegan Sun in Uncasville, CT, was originally slated to be headlined by Sergey Derevyanchenko (4-0, 3KO’s) taking on Elvin Ayala (27-6-1, 12KO’s). With Ayala facing a legal situation, promoter Lou DiBella has elected to replace the feature bout, moving Derevyanchenko over to his April 10th ShoBox card, and sliding in red-hot undefeated junior middleweight Tony Harrison (20-0, 17KO’s) into the main event slot. Harrison is set to square off against Mexico’s Pablo Munguia (20-6, 11KO’s) in the 10-round feature bout of the evening.

The March 6 edition of ESPN Friday Night Fights presented by Corona Extra and ESPN Deportes’ Noche de Combates presentado por Corona Extra will feature undefeated up-and-coming junior middleweight Tony “Superbad” Harrison (19-0, 16 KOs) and veteran “The Truth” Antwone Smith (23-5-1, 12 KOs) in the 10-round junior middleweight main event. Friday’s show will air live at 11 p.m. ET on ESPN2, broadband Spanish-language ESPN Deportes+ and WatchESPN. ESPN Deportes will televise Friday’s fights on Saturday, March 7, at 8 p.m. The card is presented by Warriors Boxing. The fights will take place at the famed MGM Grand in Las Vegas which is the site of this weekend’s debut of the Premier Boxing Champions series headlined by Adrien Broner vs. John Molina and Keith Thurman vs. Robert Guerrero. 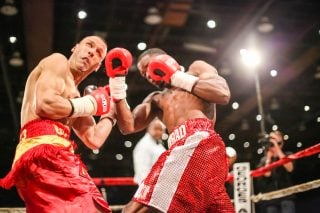 Detroit’s very own Tony Harrison is set for his first taste of Championship boxing this coming Friday, when he takes on the highly experienced, former WBO/UBO/IBA Champion, Bronco McKart for the Interim World Boxing Union Middleweight title, at the Cobo Centre in Downtown Detroit. 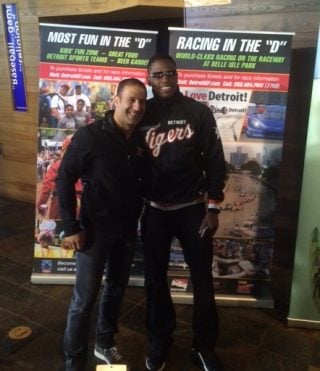