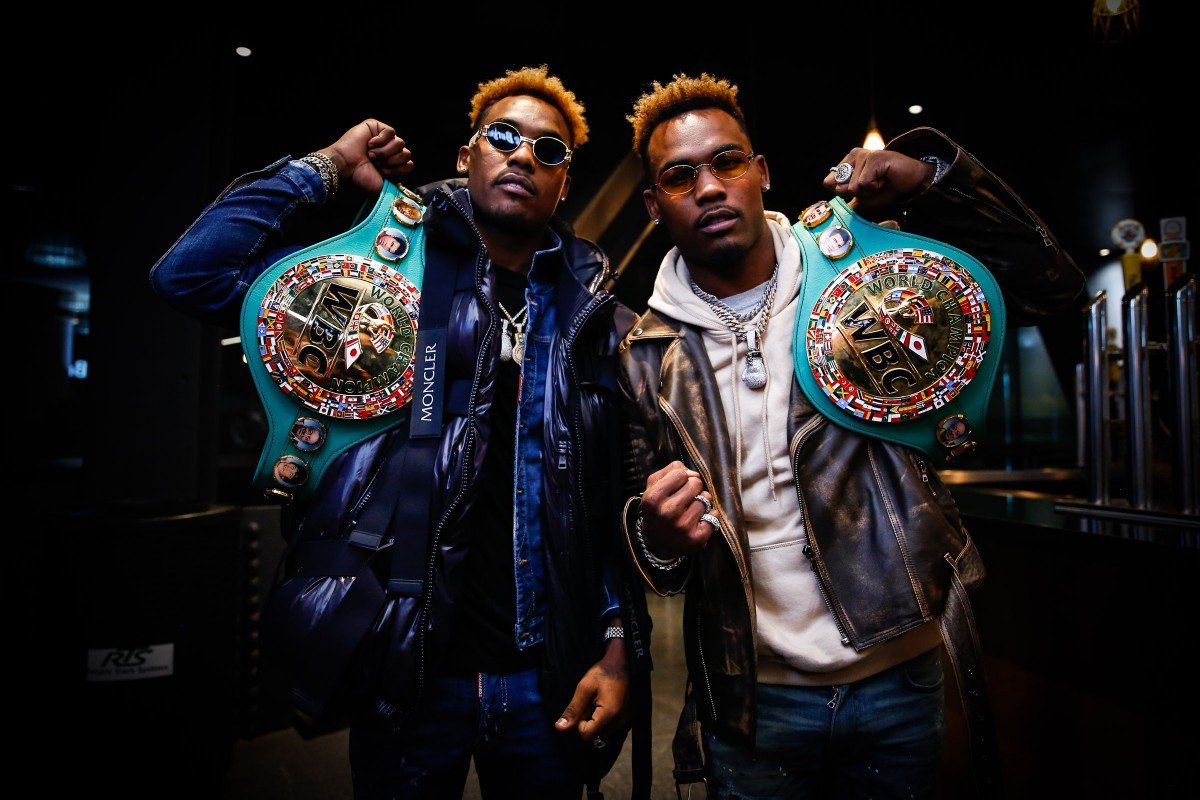 Twin world champions Jermall and Jermell Charlo will be with their family this Thanksgiving, but they’ll be unable to feast as they are deep in training for their respective matchups that headline primetime action Saturday, December 22 on FOX and FOX Deportes in Premier Boxing Champions action from Barclays Center, the home of BROOKLYN BOXING™.

“We’ve pretty much fought on Thanksgiving all our lives,” said Jermall. “It’s a big day for our family, but we’ve always had to cut weight or train. My mom would always make a separate meal for me and Jermell. That’s one of my main memories of Thanksgiving.”

Jermell is no stranger to entering the ring this time of year either, as his pro debut came in December of 2007. He also scored victories in December 2009 and two days after Thanksgiving in 2012 before returning in January 2013. His victory over Gabriel Rosado in 2014 also came in January as he rang in the new year with a win.

“My Thanksgiving memories are definitely unique because I’m always fighting,” said Jermell. “It’s a great time to be with our whole family even if we can’t eat anything we want. The family gets all dressed up and we just have fun together.”

Despite being busy in the gym and in the ring, the Charlos have still been able to keep up the Thanksgiving traditions that make the holiday mean so much to them.

“One thing we do different is that our family always has gumbo at our Thanksgiving,” said Jermell. “That’s a tradition my mom started. The whole family looks forward to it.”

“We always have the gumbo from my mom, and we always watch an old boxing fight and the Detroit Lions game,” said Jermall. “Something about the old school Lions uniforms always feels like Thanksgiving.”

As they near another holiday fight night, and a chance to defend their titles in back-to-back fights, the Charlo brothers are thankful for all they have inside and outside of the ring.

“This is a great opportunity to shine with my brother and I’m very thankful for it,” said Jermall. “We’ve been blessed to be in this position and have a great support system around us. We’re going to make all of our hard work count.”

“I’m really thankful for my son and all of the great people I have around me,” said Jermell. “I’m thankful that I’ve created peace in myself and that I can be a happy person. I can’t wait to show my joy in that ring.”

Tickets for the show, which is being promoted by Lions Only Promotions and TGB Promotions in association with DiBella Entertainment, are on sale now. Tickets can be purchased at ticketmaster.com, barclayscenter.com, or by calling 800-745-3000. Tickets can also be purchased at the American Express Box Office at Barclays Center. Group discounts are available by calling 844-BKLYN-GP.