Spike O’Sullivan says Chris Eubank Jr.’s father has abandoned him ahead of their WBA World Middleweight title eliminator at The O2 in London on December 12, live on Sky Sports Box Office. 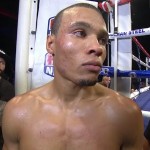 Chris Eubank Jr refused to face off with his Dec. 12 opponent, Gary ‘Spike’ O’Sullivan at today’s London presser, claiming his middleweight rival has ‘lost the privilege’ of looking into his eyes.

Eubank, who holds the lightly regarded WBA (interim) 160 lb strap, will face O’Sullivan on the Matchroom Sport ‘Bad Intentions’ bill, in a fight that’s been sanctioned as a final eliminator for the right to face the winner of 2nd tier WBA champ, Danny Jacob’s December fight with Peter Quillin in New York. 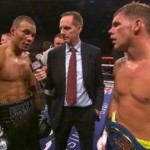 Eubank didn’t even get out of first gear last night in Sheffield, where he absolutely destroyed the hopelessly out-gunned and overmatched Tony Jeter inside 2 pathetically one sided rounds – after which the Brighton fighter was greeted by boos from the frustrated Arena crowd.

Chris Eubank Jr has been receiving a lot of media attention this week in the UK, particularly over comments from his father suggesting he beats Gennady Golovkin, yet the Brighton man has finally turned his attention back to reality, issuing a warning to his December opponent, Gary ‘Spike’ O’Sullivan.

Eubank first fights unheralded American, Tony Jeter, on Saturday night in Sheffield -in what should present as nothing but routine business – before moving on to the Irishman on the Anthony Joshua/Dillian Whyte bill in London. 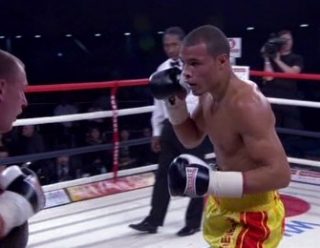 Read morePatrick Hyland, Will Rosinsky And Spike O’Sullivan Victorious On “McMayham In Midtown”

SPIKE O’SULLIVAN TO FIGHT MILTON NUNEZ (28-12 25KO’s). THE HERALDED COLOMBIAN WHO ONCE FOUGHT GENNADY GOLOVKIN FOR THE MIDDLEWEIGHT CHAMPIONSHIP OF THE WORLD.