Floyd “Money” Mayweather, Jr. or “The One” or TBE (the best ever) if you prefer, is right about being one of the best ever. He describes his abilities accurately when he says fighters always come against him with a plan, but as soon as the fight starts, the plan goes out the window. Money leaves the ring with another win and a wad of cash. So far, no one has been able to carry out their plan and come away with a win.

Saul “Canelo” Alvarez (and his fans) was certain he had a good plan, and even alternatives if the first one didn’t work. He felt he was “the one” with the necessary skills to carry it out. When the opening bell sounded, both men cautiously circled one another, wary of possible danger. Canelo tried to establish his jab, and sent a few rights to the body. Mayweather countered with his own jab, and both men started to feint. Matthysse (34-3, 32 KO’s) entered the fight having knocked out five of his last six opponents and a reputation as one of the most feared punchers on the planet. But the Argentinean knockout artist’s power wasn’t as apparent against the aggressive Garcia (27-0, 16 KO’s), who silenced his doubters and defended his WBC, WBA and Ring Magazine Super Lightweight World Titles.

Seemingly down on points, Matthysse came out with a vengeance in the eleventh to kick off the championship rounds, knocking Garcia’s mouthpiece out with a powerful straight right. 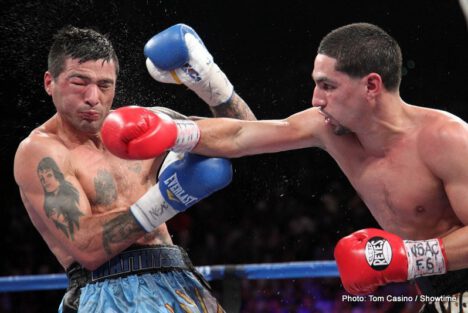 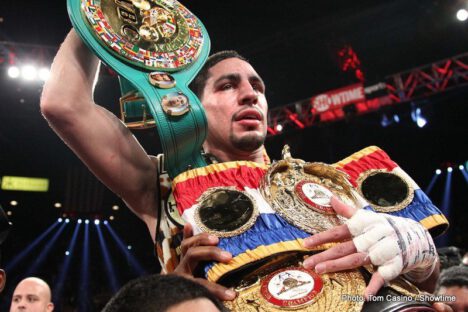 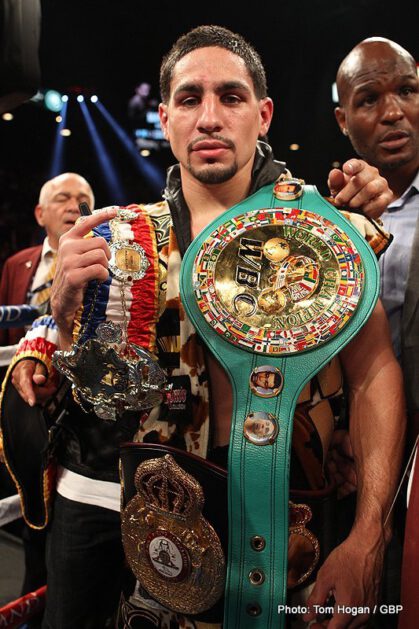 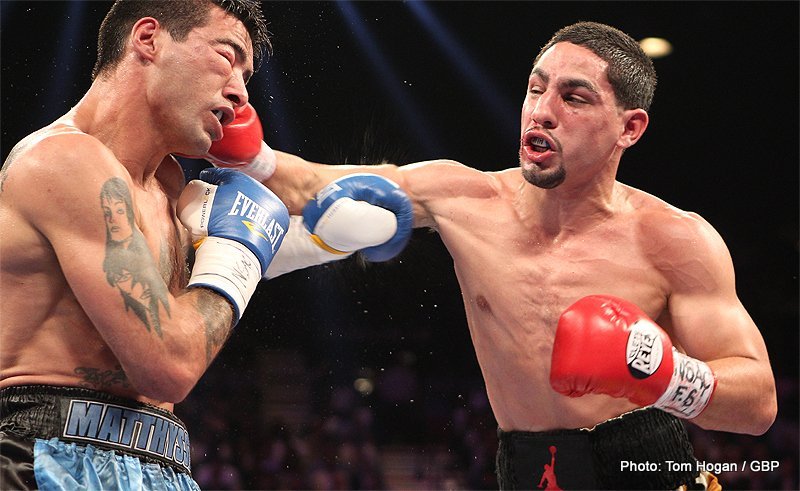 But, after a brief pause to recover the mouthpiece, Garcia bounced back and floored Matthysse for the first time in his career. Danny Garcia Fights For His 0, Successfully Earning Another W

Unfortunately, despite heavy effort, the sports did not fly the way they were expected in this fight until the last couple of rounds. Both fighters had their moments, but it seemed that the urgency took charge in round 9-12, where both men went to work.

Garcia lost his possible 1 point advantage for dropping Matthysse when that same 1 point was deducted from his score due to the low blow.

I would like to call it a close fight, but due to the last few rounds, where Matthysse had clearly faded squeezing the last drops of his remaining stamina, Lucas was ripe for the picking. In what should be one of the more explosive bouts fight fans have seen in a while, Lucas Matthysse will attempt to take Danny Garcia’s universally recognized title as the best 140 pound fighter on the planet.

It’s a real shame that this match-up has gone under the radar of the mainstream consciousness. But both fighters will get their chance to make a lasting impression on the casual fans of boxing as they tangle in the co-main event of tonight’s fantastic PPV event.

While most ringside observers have dubbed Matthysse to be the overwhelming favorite in the highly anticipated Junior Welterweight war, Danny’s outspoken father and head trainer has clearly taken exception to the media’s lofty praise of the hard hitting Argentine. The tape can’t measure what’s on the line Saturday night between Philadelphia’s Danny “Swift” Garcia and Argentina’s heavy handed Lucas “The Machine” Matthysse but all the ingredients are there for a blockbuster fight that would be a main event any other place or time had it not been scheduled for the Mayweather vs Canelo Alvarez WBC / WBA Super World Light Middleweight fight card.

While both Garcia and Matthysse carry rep’s of their own, they have certainly been banked second shelf in this case but I believe it has all the properties to become the fight of the night.

Let’s assume. I know but lets do it anyway. Garcia is undefeated and is the current WBC Light Welterweight Champion while Matthysse stopping 32 of 34 opponents with about an 86% KO rating the popular Argentine favorite looms the heavy favorite but the facts just somehow add up for a very different entertaining bout.