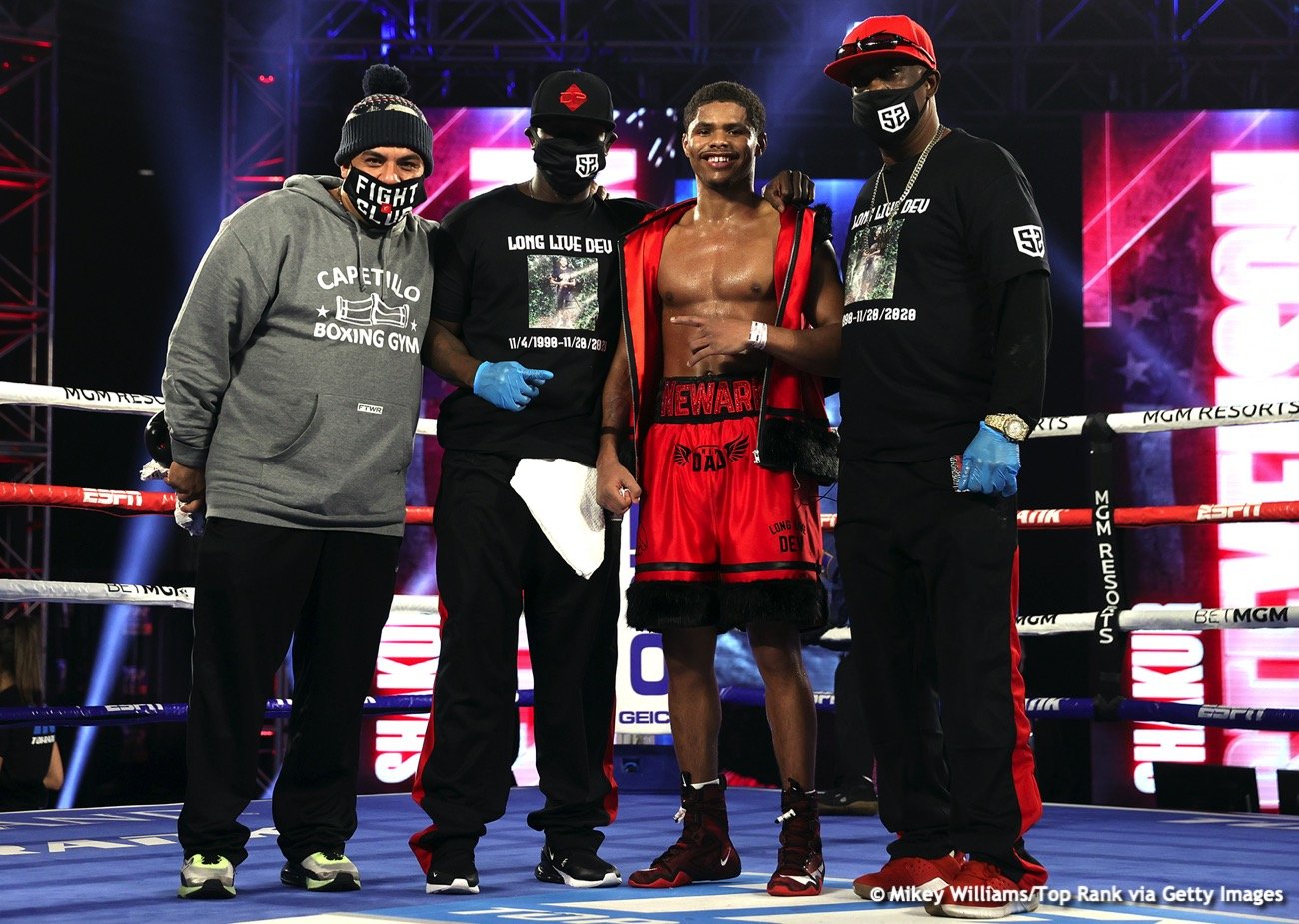 Shakur Stevenson (15-0, 8 KOs) got some good work in on Saturday night in beating second-tier fighter Toka Kahn Clary (28-3, 19 KOs) by a 10 round unanimous decision in a stay busy fight in ‘The Bubble’ at the MGM Grand in Las Vegas, Nevada

Stevenson did what he wanted tonight in hitting Kahn Clary at will with shots and getting out of the way of his return first.

Shakur’s opponent lacked the talent to push him in any way, and the fight was boring at times. Stevenson is similar to Devin Haney in the way that he lacks power and most boxes without any bells or whistles about him.

It would have been nice if Stevenson tried harder to score a knockout, but he looked like he wasn’t to put in the effort.

In a real stunner, the highly hyped lightweight contender Felix Verdejo (27-2, 17 KOs) was knocked out by Masayoshi Nakatani (19-1, 13 KOs) in the ninth round in the co-feature bout on the Stevenson vs. Clary card.

Using his powerful jab, Nakatani hurt the tired and worn out Verdejo in the ninth, and dropped him twice to get the knockout. The first knockdown was from a hard jab to the head of Verdejo that sent him flying against the ropes where he fell.

Moments later after the action resumed, Nakatani poleaxed Verdejo with a right to the head that put him down face-first on the canvas. Verdejo was badly hurt and was still stunned when Nakatani tried to check him after the fight had ended.

What a comeback this was for the 31-year-old Nakatani, as he’d been knocked down in the first and fourth rounds, and he looked like he wasn’t going to make it to the sixth. 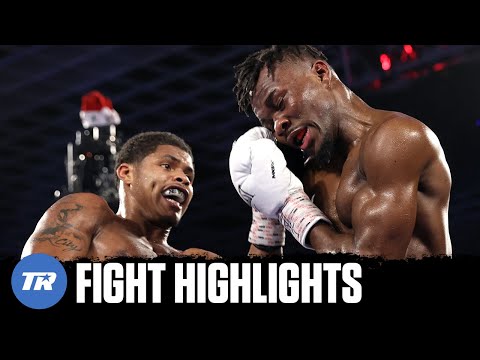 The turned out when Verdejo, 27, emptied his gas tank after the seventh round and started taking shots from Nakatani in the eighth.

Still, even with Verdejo taking punishment, it looked like he’d still make it to the 10th to win, but he fell apart completely in the ninth round.

Nakatani dropped Verdejo twice in the ninth round, after the second knockdown, the fight was halted.

The win for Nakatani showed that the tough time that he gave Teofimo Lopez in 2019 wasn’t a fluke thing. Nakatani has talent, and he’s tough as nails.

He took everything Verdejo could dish out tonight and came back to wear him down and score a knockout.

We’ll have to see where Verdejo goes from here, as this was the second time that he has run out of gas in the later rounds and been knocked out. 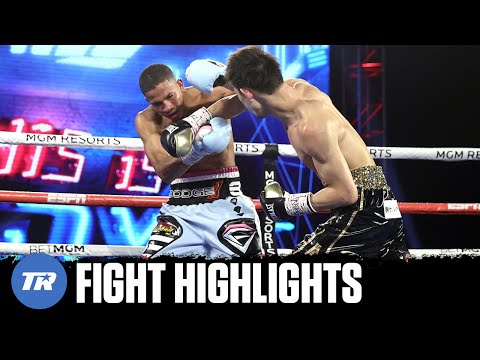 The fight was stopped with 20 seconds left in the round to keep Berlanga’s first-round knockdown streak going at 16.

Berlanga, 23, was swinging or the fences, and not worrying about anything coming back from Sierra.

In the first knockdown, Berlanga hit Sierrera four consecutive right hands to the head after trapping him against the ropes.

Sierra was driven into the rope after getting hit with several hard shots, which caused him to lose his balance.

Since the ropes held him up, referee Russell Mora counted it as a knockdown. Berlanga then finished the job by tagging Sierra with some devasting right hands and left hooks.

This time when Sierra went down, the referee stopped it rather than waiting for him to get back up yet again. 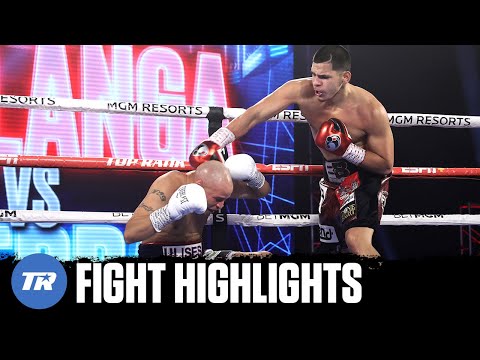 Overall, Berlanga’s looked very good tonight, as well as his punch assortment. He was has hitting Sierra with huge punches that would have knocked anyone out in the 168 or 175-lb division.

We didn’t get a chance to see how well Berlanga can take a shot, nor did we see if his stamina will hold together once he’s forced to go into the deeper rounds.

Top Rank is going to need to step Berlanga up if they want to get him ready for a world title shot. When Canelo Alvarez was Berlanga’s age, he was already fighting guys like Floyd Mayweather Jr.

We don’t know what the overall purpose is for Top Rank to be matching Berlanga the way they’re doing. With Berlanga knocking everyone out in the first round, it’s obvious that he needs to be matched against better opposition, and yet Top Rank has chosen not to do that.

The conclusion this writer can come up with for Top Rank’s rationale to continue to feed him the equivalent of baby food is they’re trying to make him into a star using the old tried and true method of soft match-making. 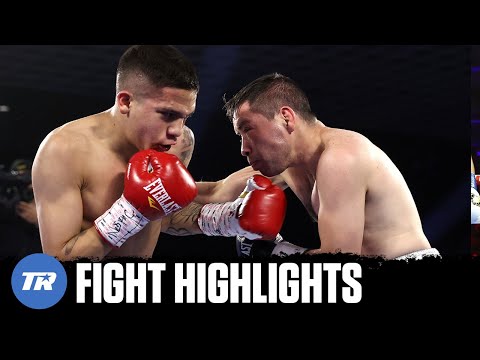