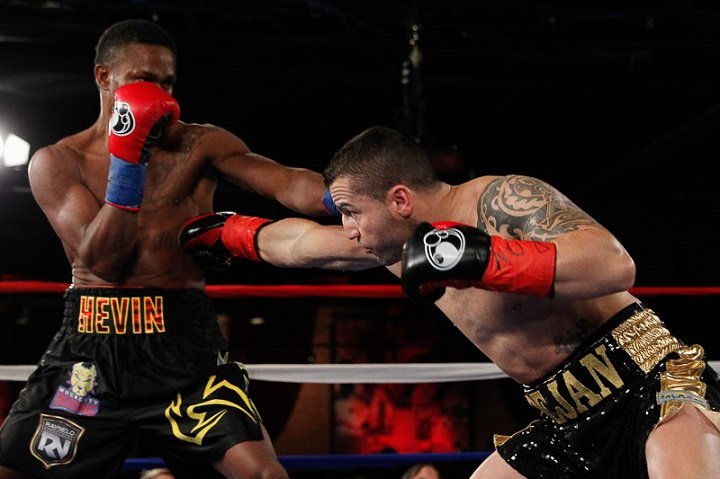 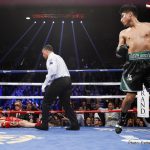 Mikey Garcia scored an early candidate for 2017’s KO of The Year last night on the under-card of the Santa Cruz-Frampton return in Las Vegas. Absolutely vaporising tough and previously unbeaten (if outclassed) Dejan Zlaticanin in the 3rd-round, the former WBO featherweight and super-featherweight champ ripped the WBC lightweight title from the 32-year-old southpaw.

The rousing and definitive victory marked Garcia’s return to boxing’s elite. The Oxnard, Calif., native was an undefeated two-division champion when he entered a two-and-a-half year layoff due to promotional issues. He returned last July on SHOWTIME with an impressive performance and made a statement on Saturday by capturing a title in a third weight class in just his second fight in three years. 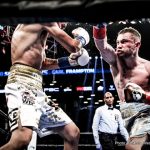 Thanks everybody for joining us. What an exciting conference call we have today. We’re talking about Carl Frampton versus Leo Santa Cruz, the rematch, as well as Dejan Zlaticanin versus Mikey Garcia.

I just want to mention that SHOWTIME CHAMPIONSHIP BOXING is Saturday, January 28 live on SHOWTIME. It’s a doubleheader presented in association with Premier Boxing Champions and live from the MGM Grand Garden Arena in Las Vegas. 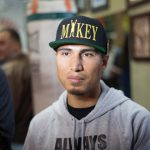 Also working out for the media at Fortune Gym Tuesday were lightweight world champion Dejan Zlaticanin and former two-division champion Mikey Garcia, who meet in the opening bout on SHOWTIME at 10 p.m. ET/7 p.m. PT. 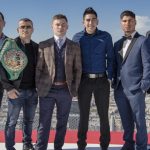 The SHOWTIME CHAMPIONSHIP BOXING doubleheader begins at 10 p.m. ET/7 p.m. PT with Zlaticanin vs. Garcia. For Frampton and Santa Cruz, Thursday’s event was the second press conference promoting their highly anticipated rematch as the featherweights spoke to media in Belfast, Northern Ireland on Tuesday at the Europa Hotel.