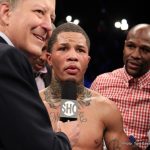 On Saturday night, January 14, 2017, undefeated professional boxer, Gervonta “Tank” Davis (Baltimore, Maryland) won his first world title by defeating IBF World Super Featherweight Champion, Jose Pedraza (Cidra, Puerto Rico). Davis-Pedraza was scheduled for 12 Rounds at the Barclays Center in Brooklyn, New York, live on SHOWTIME. At the beginning of Round 7, Davis went on an aggressive offensive attack that ended with a huge right hook that floored the champion. Pedraza made it to his feet, but Ricky Gonzalez stopped the fight at 2:36 of round 7. Davis improved to 17-0, 16 by KO, while Pedraza’s record dropped to 22-1, with 12 KOs. Davis joined Joe Gans, Vincent Pettway, and Hasim Rahman as Baltimore’s only boxing world champions. Davis, 22, became the youngest boxer from Baltimore to win a world title.

On Saturday night, December 10, 2016, twenty-three year-old Top Rank® light welterweight professional boxer, Mike “Yes Indeed” Reed (Washington, D.C. by way of Waldorf, Maryland/pro record: 20-0-0, 12 KOs) will face Sidney Siqueira (Sao Paulo, Brazil/pro record: 26-11-1, 17 KOs) in an 8-round fight on the HBO World Championship Boxing® card, held at CenturyLink Center in Omaha, Nebraska. The event is promoted by Top Rank, in association with TGB Promotions, and will feature Terence Crawford making a defense of his WBC and WBO World Super Lightweight Titles against John Molina Jr. in the main event. On October 14, Reed earned his twentieth win, when he defeated Aaron Herrera by 6th Round TKO at the 2300 Arena in Philadelphia, Pennsylvania. 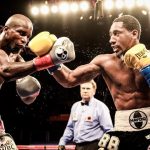 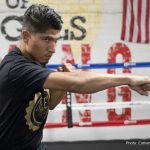 On Saturday night, January 28, 2017, twenty-eight year old professional boxer Mikey Garcia (Moreno Valley, CA by way of Oxnard, CA/pro record: 35-0-0, with 29 KOs) returns to the ring at the MGM Grand in Las Vegas, Nevada, against WBC Lightweight Champion, Dejan Zlaticanin (Podgorica, Montenegro/pro record: 22-0-0, with 15 KOs). Garcia-Zlaticanin is scheduled for twelve rounds in the lightweight division as the co-main event on the Showtime televised fight card. In the main event, Carl Frampton will defend his WBA Super World Featherweight Title in a rematch with Leo Santa Cruz. 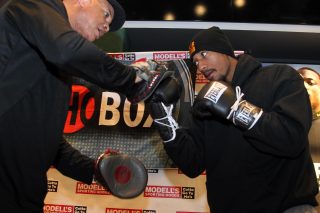 In response to the World Boxing Council’s (WBC) September 2016 Quarterly Report, twenty-eight year old professional boxer, Demetrius “Boo Boo” Andrade (Providence, Rhode Island/pro record: 23-0, 16 KOs) has questions about his current status as it relates to his participation in the WBC Super Welterweight Division Tournament. A-Team Promotions understands that the boxers involved in the tournament will be able to interact with the WBC Board of Governors at the WBC’s 54th Annual Convention Meetings, to be held at The Diplomat Resort & Spa in Hollywood, Florida, December 11-17, 2016, to ensure their continued participation in this tournament. 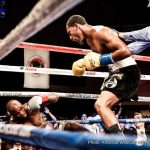 In the past, Andrade’s boxing abilities created difficulties in finding elite opponents to fight him. After dominating Nelson, the question must be asked: Is Andrade now the most feared boxer in the super welterweight division?

RIVERSIDE, CALIFORNIA, U.S.A. – On Tuesday, August 10, 2016, Riverside Police Officers teamed up with undefeated, former two-time WBO World Boxing Champion, Mikey Garcia (35-0, 29 KOs), to hand out one hundred backpacks and various school supplies to kids in the Casa Blanca neighborhood. The event was part of the annual Riverside Police Department Backpack Giveaway program, held today at the Ysmael Villegas Community Center in Villegas Park. Garcia said, “This was a wonderful opportunity to come out and support these kids. As a parent, it feels good knowing that all of these children will be prepared with the adequate supplies for their first week of school. I’m a big advocate for education, so I gave some advice for the kids to take with them into this new school year. It was an honor to be a part of this program, and to partner with the Riverside Police Department.” The twenty-eight year-old Garcia trains nearby at the Robert Garcia Boxing Academy in Riverside.