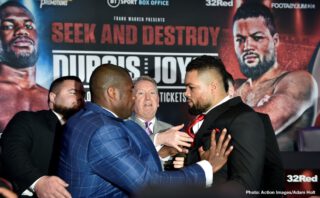 In an incredible reversal, the fight – the most significant domestic bout staged in the UK post-Lockdown and the biggest domestic Heavyweight clash in years – will now NOT be on pay-per-view.… read full article “Dubois Vs Joyce To Land On Nov 28th, Live On BT Sport” 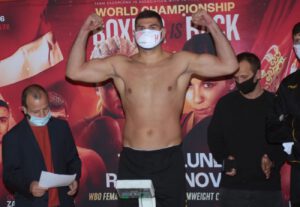 There are several exciting, young, and talented heavyweights out there right now, yet for many fans, it’s a toss-up between Filip Hrgovic and Daniel Dubois when it comes to who is the best and most promising.… read full article “Hrgovic Open To A Fight With Dubois-Joyce Winner “Any Day Of The Week””

Daniel Dubois-Joe Joyce Winner Will Be “Front Of The Queue” For Whoever Comes Out On Top Between Fury and Joshua, Says Warren 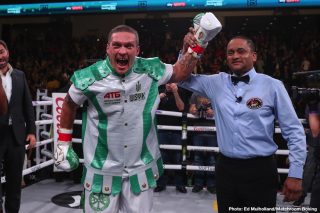 A few things would have to fall into place for it to happen, but it seems there is at least a pretty good chance we could see Oleksandr Usyk versus Daniel Dubois, for the vacant WBO heavyweight title, sometime in the first quarter of next year.… read full article “Oleksandr Usyk Vs. Daniel Dubois In 2021? Who Wins?” 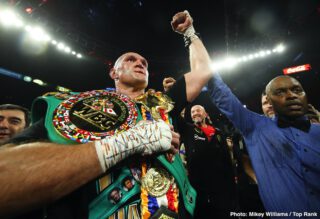 Tyson Fury is beginning to suspect that not only is Matchroom promoter Eddie Hearn not interested in letting him take on IBF/WBA/WBO heavyweight champion Anthony Joshua, but also AJ himself.

Fury (30-0-1, 21 KOs) wants Joshua (23-1, 21 KOs) to summon his courage, and sit down at the negotiating table so that they can make this unification contest happen in December of this year.… read full article “Tyson Fury wants Anthony Joshua to show courage and face him” 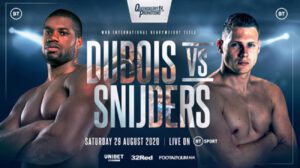 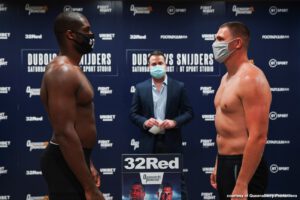 The most exciting prospect in all of Heavyweight boxing, Daniel Dubois, returns tomorrow night on BT Sport 1. ‘Dynamite’ will test his skills against the 18-1 Dutchman Ricardo Snijders. 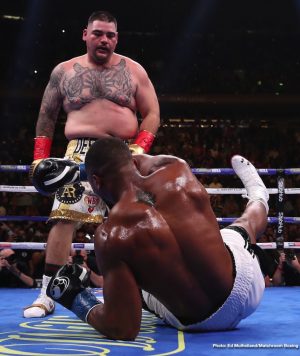 So far this year – a most unusual one in so many regards – we have seen two major heavyweight fights go down, and both times we fans have been left shocked, jaws agape.

Nobody predicted what Tyson Fury would do to Deontay Wilder back in February, and it’s fair to say about as many people (none) saw Alexander Povetkin doing what he did to Dillian Whyte on Saturday night (many people stating how the fight was not even P-P-V worthy).… read full article “So What’s The Next Big Heavyweight Shocker?” 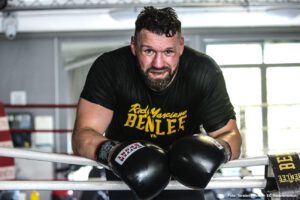 Queensberry Promotions released an offcial announcement that Erik Pfeifer would no longer be the opponent of Daniel Dubois, instead, a heavyweight named Ricardo Snijders will take his place on Aug. 29 in the UK. Frank Warren let it be known that EC Boxing had not submitted the necessary medical documents in time and therefore they were forced to engage a substitute opponent for Dubois.… read full article “Pfeifer Promoter Erol Ceylan Slams Frank Warren: “From now on we will no longer work with him””