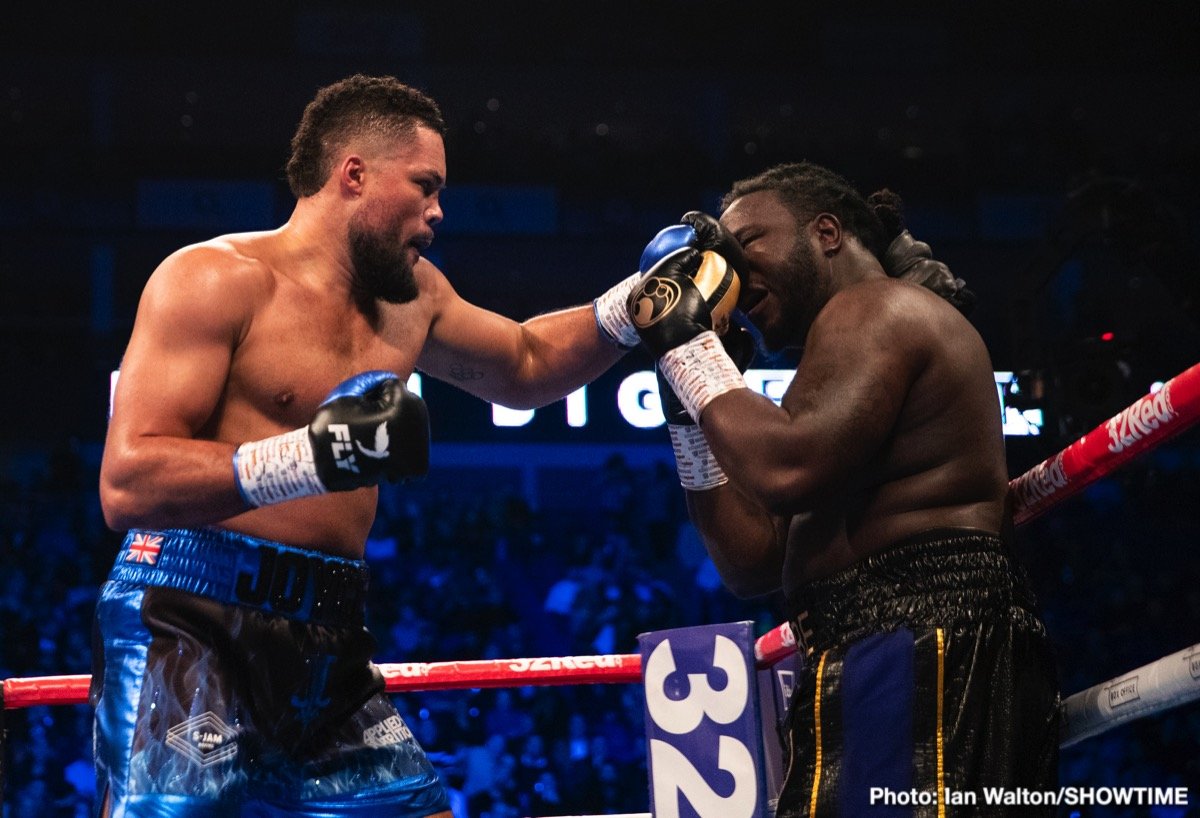 After an exciting first round, Joyce opened up the action in the second with a monstrous straight right and unloaded from bell to bell against a defenseless Stiverne, who continued to punch back despite eating damaging shots. After a series of combos in the opening minute of the third, Joyce caught Stiverne with a straight right hand to send him to the canvas for the fifth time in his professional career. Stiverne survived the round while throwing looping shots but failed to return any meaningful punches.

Joyce, the 2016 Olympic Silver Medalist, consistently set up a powerful straight right behind an accurate and effective left jab throughout the fight. With Joyce (8-0, 8 KOs) continuing to tee off against a largely defenseless Stiverne, referee Howard Foster stepped in to halt the contest at 2:26 of the sixth. Stiverne (25-4-1, 21 KOs) did not protest the stoppage.

“Big respect to Stiverne – like a true champion, he’s very tough and was still throwing shots, but I guess I was just a bit too much,” Joyce said. “It was about being patient. He’s such a tough guy that he took those shots no problem.

“I was hitting him with everything I had, including the kitchen sink. I listened to Abel (Sanchez) in the corner, did everything he said and it went well. My jab was really effective. I’m a seasoned vet. I picked up my poise and remained calm along the way.

“Big things are coming. My next one will be for the WBA Regular (Title) and I’ll be back in the gym soon. I need to have a couple more fights like this and then I’ll be ready for the big champions.”