Former title challenger Artur Szpilka and unbeaten Adam Kownacki squared-off for the first time at a press conference in Brooklyn Wednesday as they prepare for their Polish heavyweight showdown featured on Premier Boxing Champions on FOX and FOX Deportes Saturday, July 15 in the first boxing event at the newly-renovated NYCB LIVE, home of the Nassau Veterans Memorial Coliseum. 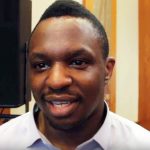 As the rounds went by, Deontay Wilder waited like a lion in the grass watching a herd of gazelle, anticipating the right time to strike against Artur Szpilka. 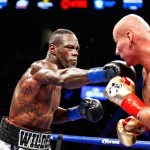 WBC heavyweight champion Deontay Wilder (36-0, 35 KOs) unleashed a monstrous right hand in the 9th round to knock his opponent Artur Szpilka (20-2, 15 KOs) completely out on Saturday night at the Barclays Center in Brooklyn, New York. Wilder’s right hand ended the show in the 9th round in what was a very closely contested match. The fight was stopped at 2:24 of round nine. 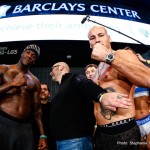