Rising Of A Star: The Night Of Yassine El Maachi 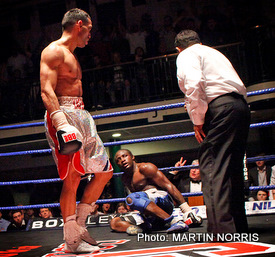 By Ezio Prapotnich – This fight was like a mystery book, each round a chapter designed to keep the reader on the edge of the seat guessing about the ending, but with a precise structure underneath it all. Becoming more and more evident as the rounds went by, the solution was plain for all to see before the end: the murderer is Yassine El Maachi.

In a fine display of his trademark psychological warfare, The Showman (13-4), hands down, moved around the ring casually, teasing his opponent Bertrand Aloa (15-7) and inviting him in, but picking his own shots carefully, gradually taking over the fight, while the Frenchman tired, to end completely dominant.

As the first bell rang, Aloa sprang forward to successfully cut the ring and kept Yassine on the ropes most of the time scoring with heavy hooks to head and body. El Maachi seemed cautious in this round, probably to get a feel of what his opponent had to offer, but countered punctually with looping 1-2 to the head from very unusual angles, uppercuts, and body shots.. 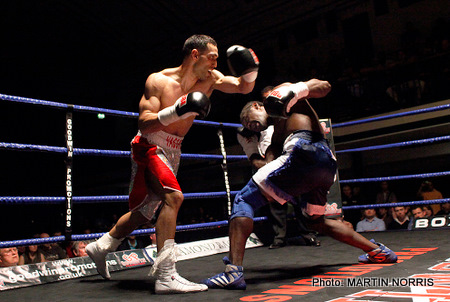 In the second, The Showman started playing his mind games and set the pattern of the fight by laughing at Bertrand, who laughs back getting the referee to reproach both, drawing him in and plunging all his weight into really heavy body shots, which reverberated all around and whose accumulation must have played a key part in wearing the Frenchman down. Occasionally, they stopped in the centre of the ring and traded some heavy blows, with El Maachi getting the best of the exchanges by a slight margin. To his credit, Aloa took it well and kept coming for the next 3 rounds applying relentless pressure, chasing Yassine, pinning him on the ropes and landing effectively, especially some nasty hooks. It seemed for a while like the tide had turned, with Bertrand even mimicking his opponent showboating, but, even in the midst of all the exchanges, The Showman was still landing some sensational single shots to body and head and regained control by starting round 6 very aggressively, going after his man and finding his head quite often, while moving around to offer an elusive target. At the end of the round, Aloa looked tired and even though he still managed to come forward and press El Maachi on the ropes, it’s the latter that landed the cleaner and more effective blows: lefts and rights to the head and uppercuts. 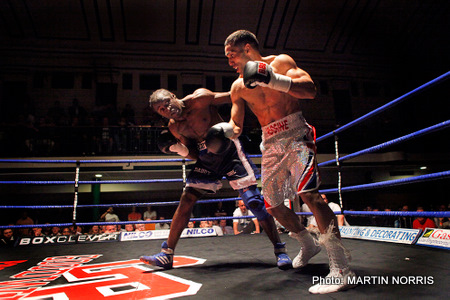 In the 9th, strategy seemed to be thrown out of the window as the two engaged in furious exchanges all over the ring, neither willing to give ground, until El Maachi finally found the right opening and put Bertrand on the canvas. The 10 is all Yassine: landing cleanly to the head, pushing his man on the floor and wrestling him around, totally in control. At the age of 30, with a 96-93 decision, The Showman has won the International Light Middle Weight Masters, his first title ever, and has another fight already scheduled for the 19th of June, opponent to be assigned. 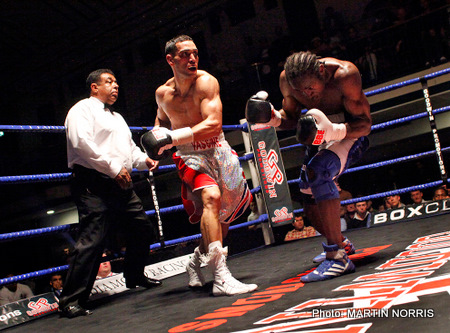 Just as spectacular, if only shorter, the fight before the main event that saw 34 years old Mark Alexander (9-4) crushing young Mike Devine (3-1)’s dreams by knocking him down twice in the first, one in the second and another in the third round to win by TKO in a Lightweight contest. 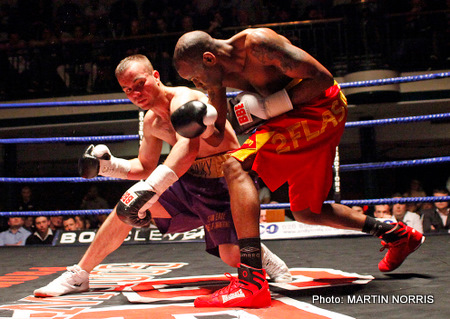 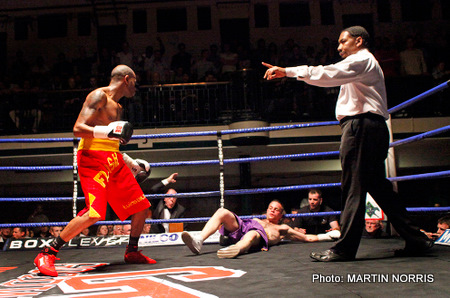 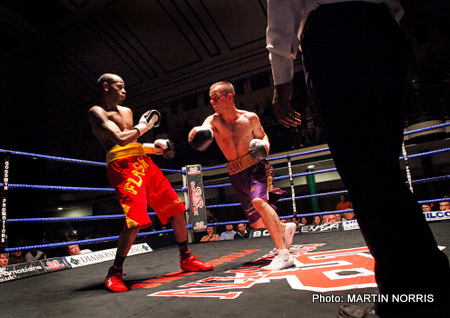 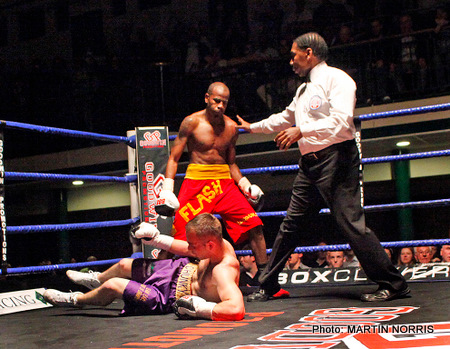 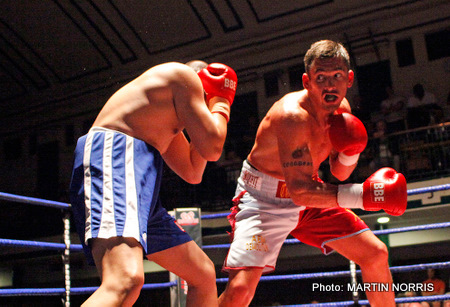 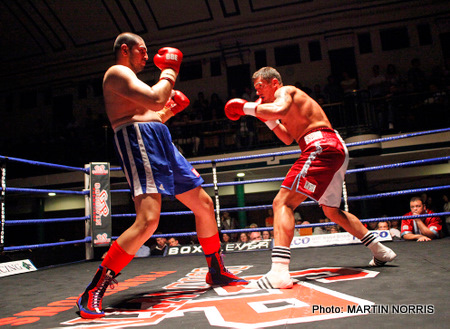 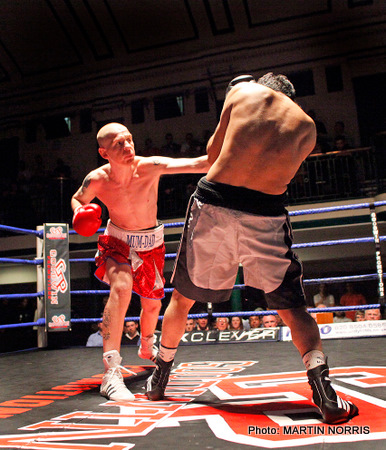 Other results of the night: 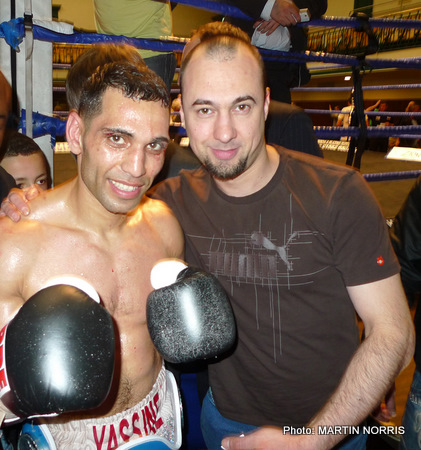 Boxing News → Rising Of A Star: The Night Of Yassine El Maachi