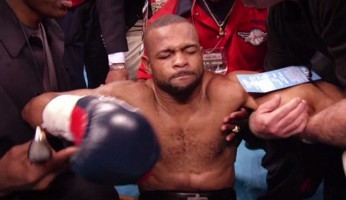 Pensacola, FL (February 11, 2009) – Roy Jones Jr., Eight-Time World Champion, returns to Pensacola to fight for the first time since January, 1999 when he battles Omar Sheika at the Pensacola Civic Center on Saturday, March 21, 2009. The fight card will also feature a bevy of Mixed Martial Arts stars headlined by Seth Petruzelli, who most recently knocked out Internet legend and previously undefeated Kimbo Slice. The event is being promoted by Square Ring Promotions in association with Hirsch Borao Boxing and the Pensacola Civic Center and will be broadcast live on pay-per-view.

It wasn’t that long ago that Roy Jones Jr. (52-5, 38 KOs) was the consensus “pound-for-pound” champion and just over 20 years since the exuberant, talent-brimming Jones was denied an Olympic Gold Medal by corrupt judges. In a contradictory but unofficial admission the “Silver Medialist” Jones was named the Most Valuable Boxer at the ’88 Seoul Olympics. Jones later used that unfortunate episode as inspiration to become an eight-time world champion in four weight classes, claiming belts at middleweight, super middleweight, light heavyweight and heavyweight.


He blew through the 90s and well into the 21st Century in unstoppable fashion, stunning his opponents with blinding quickness and brutal power, beating the top names in the sport, including Bernard Hopkins, James “Lights Out” Toney, Mike McCallum and Virgil Hill. He made history on March 1, 2003 when he stymied then-heavyweight champion John Ruiz to become the first former middleweight champion to win the heavyweight title in more than 100 years.

Down, but not out, Jones came back to score wins in his next two fights, setting up a highly-anticipated duel with Puerto Rican legend Felix “Tito” Trinidad at Madison Square Garden on January 19, 2008. A renewed Jones looked sharp and focused, flooring Trinidad twice, in capturing a hard fought unanimous win. In his most recent bout, on November 8, 2008 in “Battle of the Superpowers” Jones fought undefeated and the No. 1 pound-for-pound fighter in the world, Joe Calzaghe. Jones started out strong, knocking Calzaghe down with a left-right combination in the first round and had “Super” Joe practically out on his feet. To his credit, Calzaghe mustered the heart to get through the round, gaining strength in the next few rounds until Jones rocked him in the sixth with a deadly uppercut. The fight, however, took a significant turn in the seventh when Jones was cut for the first time in his career from a Calzaghe right hand. Jones’ corner was unable to stop the bleeding, and the steady stream of blood running over his eye was wreaking havoc on his vision and his pace had slowed considerably. Calzaghe went on to win a unanimous decision. To Roy, this was just another valley, and he will now begin another trek back to the peak and the first step takes place on March 21 against the always game, exciting brawler Omar Sheika.

Sheika (27-8, 18 KOs) of Paterson, N.J. accomplished something Roy Jones Jr. did not: he beat Glen Johnson, on June 2, 2000 at the famed Blue Horizon in Philadelphia. In the fourth-round, Sheika was getting inside of Johnson’s jab and began to nail him with uppercuts. He then floored Johnson with a powerful right hand. The fight went the distance and Sheika won a majority decision.

The Johnson win catapulted Sheika to a world title fight against reigning super middleweight champion and another Jones common opponent, Joe Calzaghe on August 12, 2000. In the fifth round of that bout a nasty laceration was forming above Omar’s left eye due to an accidental clash of heads earlier in the fight. However, the referee had ruled it had come from a punch and when it was decided that Omar could not continue, the fight ended as a technical knockout loss for Sheika.

But Sheika may mostly be known for his two brawling and brutal bouts against Scott Pemberton. The first meeting took place on July 25, 2003 and was ESPN2’s Fight of the Year. Pemberton won a 12-round split decision after being knocked down by Sheika in round two and surviving a late round rally. Their January 23, 2004 rematch, again for the NABF super middleweight title, was just as action-packed and an early candidate for 2004’s Fight of the Year. Sheika knocked Pemberton down in round two and in the sixth, drove Pemberton into the ropes with an overhand right leading to a mandatory 8-count. Pemberton survived the round and in a reversal of fortune, knocked Sheika down for the first time in his career in the tenth and the fight was soon stopped. In Sheika’s last bout, on September 29, 2007, he stopped Tiwon Taylor in the fourth round in Atlantic City.

Headlining the Mixed Martial Arts portion of the card will be Seth “The Silverback” Petruzelli (10-4, 9 KOs) a wrestling/karate specialist from Fort Myers, FL. Seth has had only three of his fourteen bouts go longer than one round. Most recently, on October 4, 2008, Petruzelli took a fight against Internet Legend Kimbo Slice on one hour notice in an event broadcast on national television. Petruzelli attacked Slice from the opening bell and the fight was stopped 14 seconds in, giving Kimbo his first professional loss…and a new MMA star was born.

Doug “Rhino” Marshall (9-3, 6 KOs, 3 Submissions) is a Muay Thai and Jiu Jitsu specialist from Visalia, CA. Doug began his MMA career at heavyweight and won his pro debut in 32 seconds. “Rhino” was given the opportunity to fight for a title in only his third pro fight and won that in 22 seconds! Doug’s thirst for winning was motivating him to train harder and his new regimen dropped him down to light heavyweight. On August 17, 2006, Doug won the WEC light heavyweight championship and had three successful defenses.

Bobby Lashley (1-0, 1 KO) is 6’3”, 265 lbs and cut like a Greco-Roman statue. He hails from Junction City, Kansas and was a three-time NCAA wrestling champion (1996-’98) and four-time All-American while at Missouri Valley College. After college, Lashley joined the Army and was a two-time Armed Forces Champion and 2002 Silver Medalist at the Military World Championships. In 2005, he began working in professional wrestling and before long was a WWE superstar. In 2007, Lashley was the star of Wrestlemania 23, representing Donald Trump in a bet against Vince McMahon. Lashley won the match and helped Trump shave Vince McMahon’s head in the ring. Lashley then began to train in MMA full time and made his debut on December 13, 2008 by stopping his opponent in 41 seconds in Miami, FL.

Jeff “The Snowman” Monson (27-8, 2 KOs, 17 Submissions) from Olympia, WA is 5’ 8” 240 lbs of solid muscle and was recently featured in a 3-page spread in ESPN The Magazin, as the world’s most intimidating MMA fighter. Monson got his nickname while in a 1999 grappling tournament in Brazil. He came in unknown and beat four Brazilians in a row, each tougher than the one before him, to win the tournament. They said he was like a snowball: white, compact, rolling downhill while getting bigger and stronger. In a fight, he is an avalanche headed straight for you. From 2002 to 2006, Monson won sixteen consecutive fights over the four and a half year time period. Monson, who has run into problems with the law as an open anarchist, comes into the ring using John Lennon’s “Imagine” and is a card-carrying member of the Industrial Workers of the World (Wobblies). Not only a superb athlete, Monson is an intellectual and idealist, and these attributes coupled with his skills as a fighter, make him one dangerous and unpredictable opponent.

“March Badness” is being distributed by Square Ring Promotions, Inc. live on pay per view at 9:00PM ET/6:00PM PT in North America, on cable and satellite via iNDemand, TVN, DirecTV and Dish Network in the United States, as well as Viewer’s Choice, Shaw Cable, Star Choice and Bell TV in Canada, for a suggested retail price of only $29.95.