Hasim Rahman-James Toney II Set For July 16th – Will We See A Winner This Time? 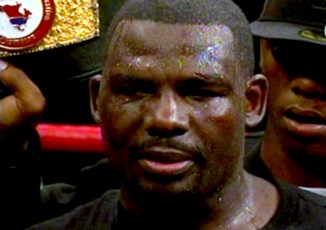 By James Slater: There has been talk of the two men meeting again for quite some time now, and on July 16th in Temecula, California it seems James “Lights Out” Toney and Hasim “The Rock” Rahman will meet in a return bout. The fight is up on BoxRec.com, but so far there is no official announcement. Let’s take the fight as a go.

When the two heavyweights met back in March of 2006, the fight was a big one – contesting the WBC heavyweight title no less, then held by Rahman. Now, with both guys way past their best, the rematch – though still likely to attract a decent audience – carries none of the glamour and intrigue fight one did. If anything, Toney and Rahman should have had a rematch immediately after their first fight. The 12 round draw they boxed pleased no-one and an immediate return would have made sense. Well, the two are finally meeting again, it’s just taken over two years for the fight to happen. So, who wins in fight two? Will there actually be a winner this time?

The fight is a tough one to pick. Not having any idea what kind of shape James Toney is in right now, and having the same amount of info regarding his current poundage, we do not know if he will be anywhere close to fighting condition come July 16th – only seven weeks away. Also, James last fought back in May of last year, therefore he’s bound to be rusty when he gets in there with “The Rock.” If he looks as bad as he did in his last fight – the win over Danny Batchelder – Toney may well lose to Rahman. A defeat for Toney, in his first fight back following his (second) suspension for taking illegal substances could very well put the finishing touches on his Hall of Fame career.

As for Rahman, though he’s been active as of late, having four winning fights last year, the four years younger man at 35 (Toney will turn forty a month after the fight) hasn’t looked great. Since losing for a second time to Oleg Maskaev, Rahman has beaten four fighters of the journeyman and trial horse nature. Struggling last time out against the non-punching Zuri Lawrence, Rahman has clearly seen better days. But then, so has “Lights Out.” It just might be that the two veteran heavyweights are going to meet at a point in their careers when they are extremely evenly matched – both as badly faded as each other in other words. As I say, a tough fight to pick.

Most observers felt Rahman did enough to have been given the verdict in their first fight, and “The Rock” will probably be a slight betting favourite going into fight two as a result. The former two-time world champ hasn’t looked good for some time now, but at least he’s been in the ring. James Toney, on the other hand, hasn’t fought at all in the past twelve months. And don’t forget the alarming amount of punishment Toney took in his rematch with Sam Peter back in January of 2007.

In what could turn out to be either a stinker or a surprisingly good fight (of a sort anyway, especially when one remembers the peak James Toney), I go for Rahman to edge a close decision in July.

Heaven knows what David Haye and his people will do if Rahman loses!

Next post: Brits up against it: will Lockett’s title shot be remembered alongside those of other brave but ultimately overmatched fighters from the UK?